The Ross Sea was names after the explorer Sir James Clark Ross, who discovered this wild stretch of ocean, deep in the Antarctic, in 1842. Although the Ross Sea has some of the most fascinating human stories on the continent, today it is one of the most rarely visited regions, with most Antarctic cruises focusing on the more accessible Antarctic Peninsula. This beautiful and otherworldly seascape is choked with pack ice for most of the year  briefly becoming accessible by for two months each austral summer. Just a handful of tourist expedition ships venture here each season, and one of these is the ice-strengthened Spirit of Enderby, a fully equipped expedition vessel. Staffed by knowledgeable and incredibly passionate guides, and crewed by some of the worlds most experienced sailors and officers, you can journey into the untamed nature of the New Zealand Subantarctic Islands and into the wilderness of the Ross Sea  an adventure on a grand scale, enjoyed by a very fortunate few.

The British Royal Geographical Society chose the Ross Sea as the location for the British National Antarctic Expedition in 1901-1904 led by Robert Falcon Scott. This journey sparked the subsequent Race to the Pole  Ernest Shackleton attempted to reach the South Pole in 1907-1909, followed by Japanese explorer Nobu Shirase in 1910-1912. Finally, in early 1911, Norwegian Roald Amundsen reached the pole, beating his rival Scott by just over a month. The end of this golden age of Antarctic exploration was marked by Shackletons ill-fated Trans Antarctic Expedition in 1914-1917, and the polar landscapes have remained virtually untouched since then. The monolithic Mount Erebus, Mount Discovery and the Transantarctic Mountains still loom over the landscape, of course, but many of the explorers huts remain too, filled with century-old relics from this heroic era of exploration. The penguins may come and go, but the huge rookeries, described by the first biologists who landed here, still occupy the same sites, and the fat seals, no longer hunted for food or blubber, lounge on the ice floes, unbothered by the human visitors. Whales were hunted virtually to extinction by the 1920s  but numbers are gradually recovering, and they migrate here in the summer months to feed in the plankton-rich polar waters. On this Subantarctic cruise, birders should keep an eye out for Wilsons storm and snow petrels, south polar skuas and Antarctic prions who all breed in this remote, seemingly inhospitable wilderness.

This Antarctic and Subantarctic Islands wildlife cruise offers plenty of opportunities for adventure and exploration of both the wildlife and human history of the Ross Sea region. Encounter rowdy penguin rookeries, cruise past vast ice shelves and ice tongues, visit the explorers huts and other historic sites, and drop in on the modern research stations and field camps. Keep your camera and binoculars at the ready for the numerous sightings of seals, whales and pelagic birds, as well as the phenomenal frozen landscapes that for one of the earths last true wildernesses.

Our stepping stones on the voyage to the Ross Sea are the New Zealand and Australian Subantarctic Islands of the Snares, Auckland, Campbell and Macquarie  little known specks of land that are used by wildlife too to stop off on their migrations south. They will prepare our passengers for the adventures to come, as an introduction to the incredible ecosystems of the Southern Ocean that surrounds the continent of Antarctica. This ocean is the driving force on which this worlds ecosystem depends.

2 minute summaryBest time to go
Possibly the worlds best kept secret, the Subantarctic Islands may have a very low profile, but are among the most remarkable wildlife reserves world...

2 minute summaryBest time to go
Macquarie is entirely unusual. Its shape, compared to squeezed toothpaste, was created 600,000 years ago when a rift in the earths crust forced a lin...

The sub antarctic islands, wildlife and the icebergs.

Prepare for a big sea voyage and lots of time to spare.

3. Did you feel that your vacation benefited local people, and minimized impacts on the environment?

There are no people, but the environment is excellent and getting better as
recovery from last 2 centuries of exploitation has taken place. Nz and Aust
governments should be congratulated on the feral pest controls.

Up there with the big ones.

This Southern Ocean program visits the Subantarctic Islands of New Zealand and Australia, and the Antarctic Continent. All of the islands are nature reserves, and the majority are World Heritage Sites. With our long involvement in these islands (over 35 years) we have been instrumental in developing responsible visitor guidelines.
We work closely with the Department of Conservation (DOC) to ensure that our impact on New Zealand's National Parks and reserves is minimal. We are an approved concession holder, ensuring that your visit with us to conservation areas adheres to best practice and contributes to the management of these protected areas.
All waste generated on our expeditions is disposed of in a responsible manner. The vessel complies with MARPOL where possible and allowable we practice recycling, otherwise all non-recyclable waste is brought back for disposal at approved sites.
Our goal in managing our vessel is to minimise fuel consumption and emissions with regular servicing and a proactive maintenance programme. We annually clean and antifoul our vessel's hull to reduce the risk of biofouling. When selecting our specialist expedition equipment, we research this carefully to ensure that they are the most suitable and environmentally responsible.
Group sizes are kept small to minimize impact and enhance visitor experience.

We work very closely with the New Zealand Department of Conservation and the Tasmanian National Parks and Wildlife Service to assist with the administration and protection of the Subantarctic Islands.
Government representatives are onboard each of our visits to the islands on this voyage. They act within an observer role and report back to the New Zealand Department of Conservation as to the standards of environmental consideration we make on our voyages. To date our standards have been impeccable as this is part of the objective of our operations.
In March 2016, we operated a conservation voyage in partnership with Forest & Bird to the Kermadec Islands where a portion of the voyage's profits go towards Forest & Bird's valuable conservation work. We have also operated a "Cruise for Conservation" to the New Zealand Subantarctic Islands and 5% of the fare is given to a specific conservation cause. The following agencies have benefited: Save the Albatross, Yellow-eyed Penguin Trust and Marine Mammal Research Trust.
We provide heavily subsidized transport for conservation workers and equipment to the Southern Ocean islands. Money is raised from the sale of photographs, books and DVDs to support the reforestation of an area of native New Zealand forest purchased by the company. The company employs a part-time Conservation Officer.
We partner with Enderby Trust to provide Scholarships for young people, who could not otherwise afford to travel, to join their expeditions. We also have active membership in a number of conservation and travel organizations, including IAATO (International Association of Antarctic Tour Operators).
We have taken a proactive role in research, funding and publishing books on these islands. To date the company has published two books, Straight through from London a history of the Bounty and Antipodes Islands; and the Galapagos of the Antarctic  Wild Islands south of New Zealand. 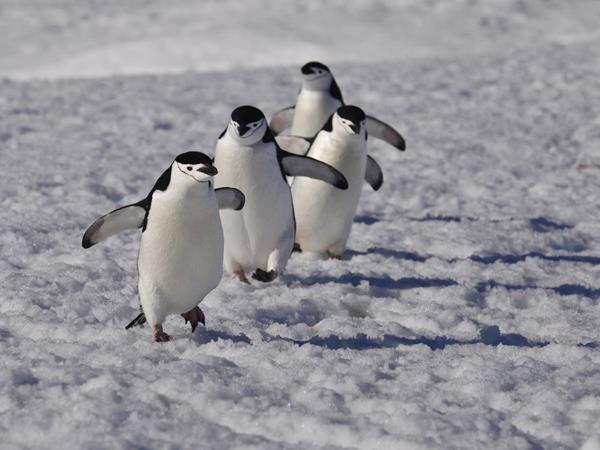 Experience all that this remarkable area has to offer