Far less developed than their better known Alpine cousins over on the other side of the country, these mountains are exceptional territory for activity vacations.

The Pyrenees are a saw-toothed chain of mountains running from east to west for over 400km, forming a natural border between southwestern France and Spain, and sandwiching the Principality of Andorra. Its difficult to imagine better terrain in Europe for adventurous activity vacations; the Pyrenees are rugged, challenging and nowhere near as crowded as the Alps. The tallest peaks are in the center of the range, but on the French side youll be walking at fairly high altitude most of the time anyway, as there are almost no foothills on this side.

There is a wealth of activities to tackle throughout the French Pyrenees, taking you around immense natural amphitheatres, through deep river canyons and along epic coast-to-coast cycling routes.

Crossing through several regions, the French Pyrenees offer a wide mix of cultures from Catalan in the east to Basque in the west. The mountains are also home to a handful of endangered species including griffon vultures and recently reintroduced brown bears and ibex, making wildlife spotting a fun adjunct to your trip. Find out more in our French Pyrenees vacations guide.
See all our French Pyrenees Vacations 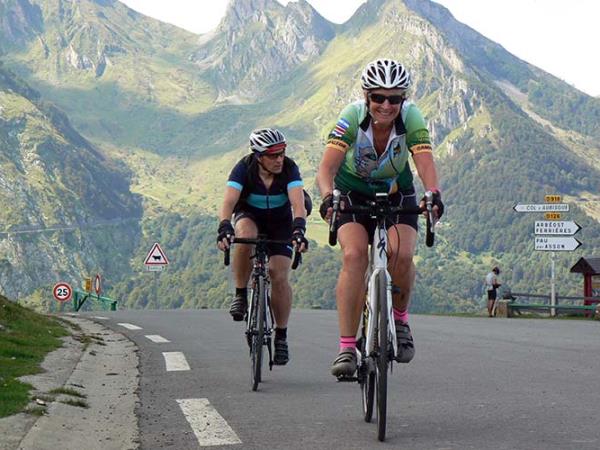 Cycling vacation in the Pyrenees

Mythical trans-Pyrenees ride from the Atlantic to the Med! 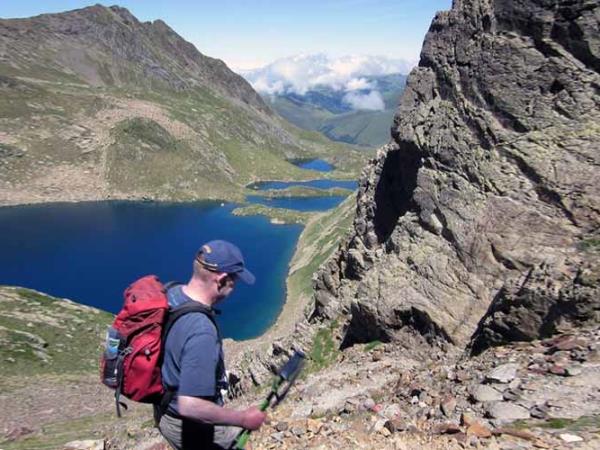 Walking in the French Pyrenees vacation 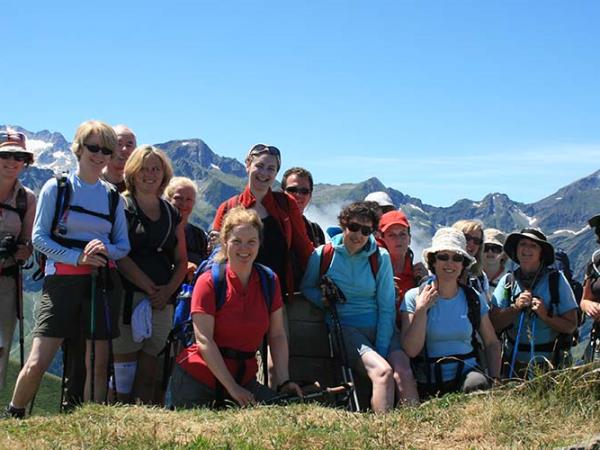 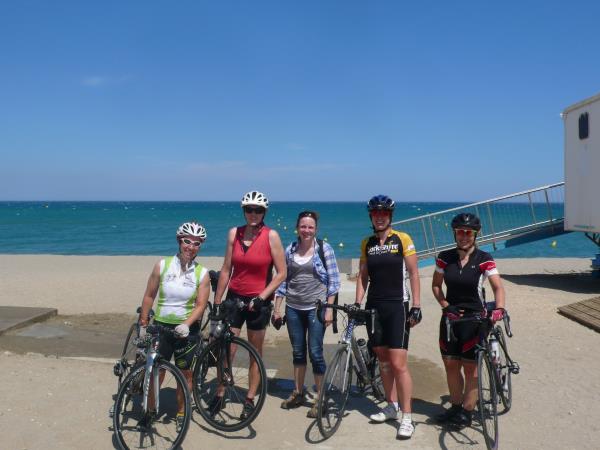 The French Pyrenees are

sheer, unadulterated bliss for active travelers. You can hike, mountain bike, raft, canyon, ski and abseil to your hearts content.

The French Pyrenees are not

always postcard-perfect like the Alps. Many areas have a raw, rough edged beauty to them, which can be even more dramatic.

The scenery gets increasingly impressive the closer you get to the center of the French Pyrenees, where the highest peaks are to be found. This is where you will find the majestic Pyrenees National Park, which was set up to preserve some of the most characteristic Pyrenean landscapes such as the Cirque de Gavarnie. Barèges is one of the most popular places to stay, an excellent base for hiking, mountain biking and cross country skiing. Saint Lary is, like Barèges , a thermal spa resort, and located on the renowned GR 10 route. Off to the east, the Vallespir Valley is at a lower elevation, and is a great option for those that want to combine their walking with market town visits, canyoning or a languid day on the Mediterranean coast. You can easily get to the French Pyrenees from the UK by car or train instead of flying, but breaking the journey up into a couple of days is recommended.

Cycling vacation in the Pyrenees

Mythical trans-Pyrenees ride from the Atlantic to the Med!

This charming village is situated in the central Pyrenees, close to Lourdes, and makes a superb base for hiking, as well as snow shoeing. At 1,250m, Barèges is on the edge of the Pyrenees National Park and the Neouville Nature Reserve. The famed Cirque de Gavarnie is nearby, and the Grand Randonee GR10 actually passes through the village. There is also a notable thermal spa for you to ease your aching muscles after particularly challenging treks.
Barèges
Bolquère

Bolquère is a traditional mountain village that is very popular for both summer and winter activity vacations. Its very close to the border, so you will hear Spanish and Catalan spoken alongside French. It also has the highest railway station in France, served exclusively by the Yellow Train, which crosses a breathtaking suspension bridge on its way up. In winter, its a fantastic destination for center based cross country skiing.
Cirque de Gavarnie

Victor Hugo once described this vast natural amphitheatre in the Pyrenees National Park as a colosseum of nature. Created by glacial erosion, with a diameter of 6.5km and a circumference of 14km, the cirque is surrounded by towering peaks including Mont Perdu and the Taillon. Waterfalls pour into this UNESCO World Heritage Site during the warmer months, and freeze solid in winter, including the Grande Cascade which is the second-largest in Europe and quite a spectacle. Its a classic hiking venue.
Cirque de Gavarnie
Grande Randonnée 10

One of the best known long distance footpaths in France, the GR 10 runs pretty much the length of the Pyrenees, roughly in parallel with the Spanish border. The total distance is some 860km, connecting the Atlantic and the Med, and its best tackled in summer when the high passes are clear of snow. To walk the entire route would take around 50 days; many walkers do it in sections, with luggage transported between accommodations.
Neouvielle nature reserve

The Lake District of the Pyrenees is a wild, glacier-sculpted landscape with marked trails leading off in all directions through ancient forests of mountain pine. Almost 400 species of animal, including some found nowhere else in Europe, find habitat in the reserve which is dotted with upwards of 80 lakes. Due to snow, hiking season usually only lasts from June to September, but in the winter this is an unspoilt paradise, superb for snowshoeing and ski touring.
Neouvielle nature reserve
Vallespir Valley

This is the southernmost valley in France, located at the far eastern end of the Pyrenees, so you can go from mountains one day to coast the next. The valleys beauty has inspired artists from Picasso to Matisse, and it was once popularised by high society looking to take the cure. Today its also well known for its traditional cork products. Dont miss the fun Cherry Festival in May.
[Previous] [Next] [Close] 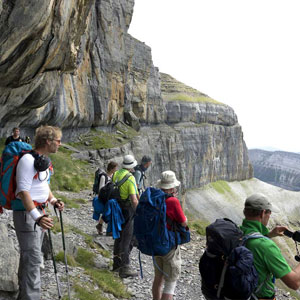 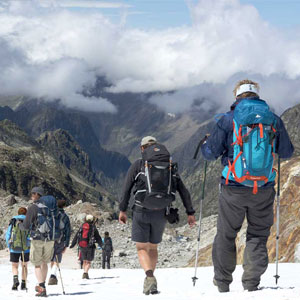 Walking vacations in the French Pyrenees
During World War II the Pyrenees loomed up as an ominous barrier for downed airmen and others hoping to escape France for neutral Spain. 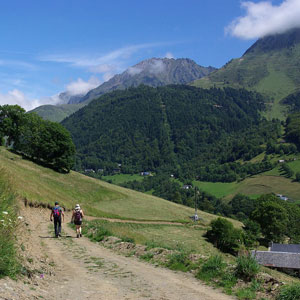 How on earth we pack everything into our France travel guide is beyond me however, pack it all in we do and if youre looking for what we rate & what we dont as well as Responsible Travels best & worst high and low lights then read on to discover France like a local, cuisses de grenouilles and all.