Morocco cycling vacation routes vary, but one thing they all have in common is the Atlas Mountains. Be it the High Atlas south of Marrakech or the mid Atlas which proffer a perfect backdrop to cities like Fes. But the most wonderful thing about Morocco cycling vacations is that they connect you to great ancient cities, Berber culture and, in many cases even the Sahara. Read on. Ride on.

WHERE TO GO, A VELO

To cycle in Morocco is not only to discover the mountainous artery through this magnificent country, the Atlas Range, but also some of the culturally important hubs along the way. These may be great historic cities like Marrakech or Fes, or smaller but no less significant Berber villages and desert oases. Moroccos beauty is like a multi-tiered cake, in fact. With the snowy mountains on top, the Sahara in the middle and the Atlantic coast forming another fabulous, frothy flavour. Sprinkled all over with multi-cultural influences and natural wonders from giant sand dunes to canyons such as Todra or Dades. 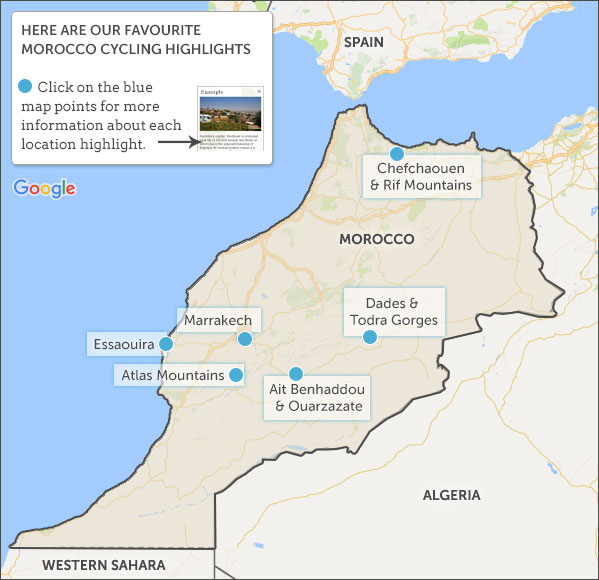 The wild, arid landscapes between these two are like cycling through a movie set  and indeed they have been, in greats like Lawrence of Arabia and Babel. Passing through ancient villages you arrive in the kasbah town of Ait Benhaddou , once a stop for desert caravans carrying salt. In Moroccos heat, youll be offloading quite a lot of your own. The magnificent clay kasbah in now a UNESCO site. Rock it.

The Atlas are home to welcoming Berber communities still pretty new to pedalling passersby. Cycle along the forested slopes of Ifrane National Park in the Middle Atlas, or up to the famous Tizi n'Tichka Pass at 2,260m and dramatic gorges in the High Atlas. Take on the foothills of the iconic Mount Toubkal, or the argan groves of the Anti Atlas, with the Ait Mansour gorges, kasbahs and oases en route.

The Rif Mountains stretch up from the coast and, nestled between two of their peaks is the sapphire like town of Chefchaouen. Sapphire because this Andalucian influenced town has blue painted houses, in delightful contrast to the luscious mountains and valleys all around. Cycle in the hills or take a chill out day in the ancient medina.

Often cycled in sequence, these dramatic gorges are both in the High Atlas. The 15km ride through Todra takes you along the eponymous river and into a canyon with pink and orange limestone cliff walls. Get there for sunrise if you can for Moroccan colours at their most vibrant. This is followed by the hairpin bends of Dades which are in wonderful contrast to the rose filled hinterland of the Dades Valley.

Some cycling vacations end in Essaouira, swapping Atlas dust for an Atlantic dunk. The ride to this 15th century fishing town is pretty heavenly. Paradise Valley, in fact, where cycling along the Tamraght River valley is interspersed with turquoise freshwater pools. And then you hit the coast, the glimmering waves a perfect reward after a 45km cycle from Imouzzer; Essaouira being the perfect, post cycle chill out zone.

Marrakech is often the starting point for cycling vacations, and you can get fitted for your bikes here. Seeing the souks and absorbing the citys famous ambience from a saddle is one fine way to join the fiesta vibe of this historic and vibrant city, and you can cycle to sublime spots such Koutoubia Mosque or Menara Gardens. Although the famous, chaotic Djemaa el-Fna Square is best negotiated on foot.

TIPS FROM OUR FRIENDS IN MOROCCO

Be prepared for diversity in scenery, climate and people traveling from the north to the south of Morocco. Make sure you ride the hairpins of Dades Gorge, a smooth piece of tarmac snaking its way up the sandstone valley walls. In terms of favourites, cycling into Ait Benhaddou is a personal highlight  theres nothing like riding straight onto the set of Games of Thrones! The Sahara Desert and areas around are also always a highlight. Chefchaouen too with its beautiful views. And on the winding descent from the spectacular Tizi n'Tichka Pass to Zerkten  the road can be a bit patchy at times but the views of the Atlas Mountains as you ride down are second to none.

Plan to dress in layers; mornings can be cool, especially on downhills, so wearing a vest or light jacket that you can remove when it heats up is really handy. And, if you bring your own bike dont forget to pack plenty of spares as quality bike parts can be hard to come by.

Moroccan people are generally friendly and like to talk. Say hi to villagers when you pass through in the Rif Mountains, Atlas Mountains and desert. But watch out with the kids sometimes on the roads. They are happy to see people on bikes especially in some remote areas and want to shake hands but would still be in the middle of the road.

Simon Clifford, from our supplier Exodus, shares his top tips for Morocco cycling vacations:
Try and get small denominations of Dirhams, locals struggle to change large notes. Wet wipes and hand gel are really useful; its hot, dusty and you do get dirty.

Street food is really underrated. People are put off, worried its not safe, its fine, really tasty, with huge portions for what you pay. Nuts, and dried fruit is also very cheap. I recently got a huge bag of nuts and dates for just under £3. Tagines are the most common Moroccan meal, but is also the best. It usually contains chicken or lamb, with couscous and vegetables all slowly cooked together  lovely! Youll also only pay 30p for a fresh juice, perfect on a hot day and safer than the tap water. 

Locals drink the tap water, but we dont recommend it for tourists, so a huge number of plastic bottles are thrown away. Avoid this by using water purification tablets. Alternatively, in the city you will find poor people who want to take the bottle, so give them yours, as they can sell them for recycling. That way youre helping the environment and the locals. Also, many people complain about hot water in hotels, or lack of. Thats because its often solar heated by the hotel. So avoid long showers.
Photo credits: [Map intro: Mr Hicks46] [Ait Benhaddou & Ouarzazte: Nina] [Atlas Mountains: Monica Guy] [Chefchaouen: ] [Dades & Todra Gorges: gailhampshire] [Essaouira: Klim Levene] [Marrakech: martinvarsavsky] [Helpdesk: Mr Hicks46] [Itinerary tips - Ait Benhaddou: andreaphotos] [Meeting local people: Mr Hicks46] [Food tips: Hyunkook Lee]
Written by Catherine Mack
◄ 2 min summary 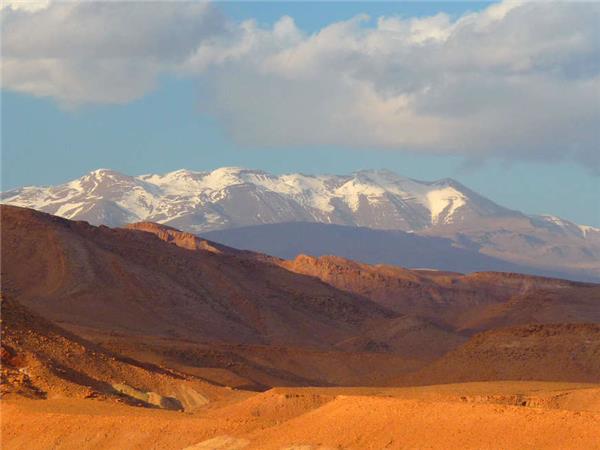 Take in the sites of Morocco by bike 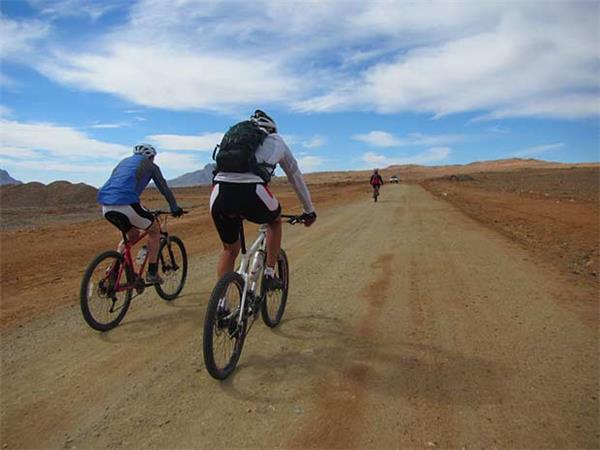 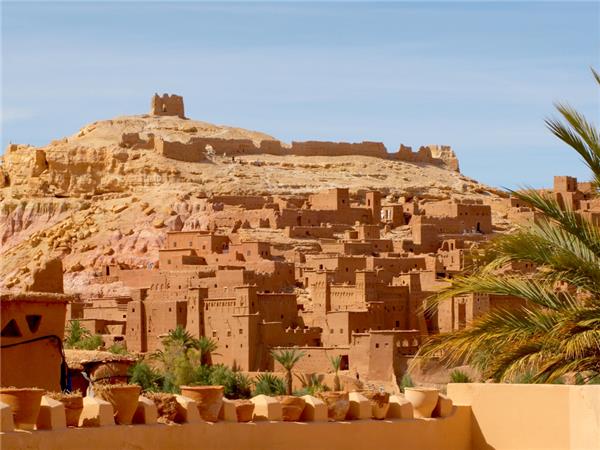 Discover the rich and varied terrain of fascinating Morocco 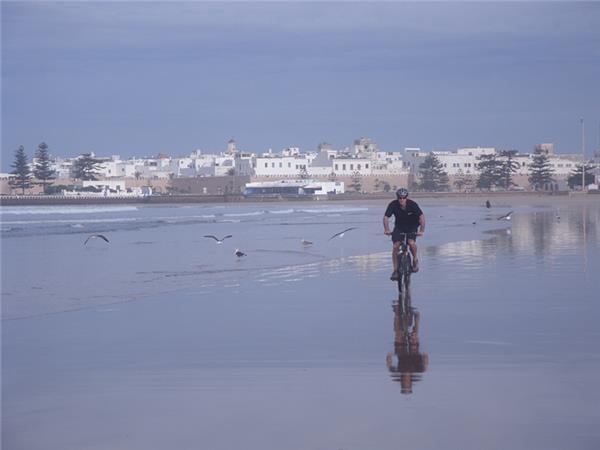 From US $1849 9 Days ex flights
Photo credits: [Page banner: Mario Micklisch]
Back to the top