If vacation planning always ends up being a nightmare because you want to do everything! then a Peru and Galápagos vacation could be just what you need. These trips are ideal for those who only have a short time  or may not be returning to South America any time soon. Trek the legendary Inca Trail to Machu Picchu, or take the train, before cruising between the remote islands that so inspired Darwin  and countless travelers since.

Every indecisive travelers dream; Peru and Galápagos vacations allow you to see two of South Americas most stunning highlights in a single trip, over two to three weeks. Lounge on a black sand Galápagos beach surrounded by barking sea lions, snorkel with the worlds only equatorial penguins, and learn all about the iconic giant tortoise  just days before stepping through the Sun Gate and setting eyes on the magnificence of Machu Picchu. Some vacations visit Galápagos first, others Peru  and you have the option of trekking the Inca Trail to these ancient ruins, or reaching them by train, depending on how long you have spare  and whether you think your calves can take it.

Hike up verdant Andean mountains and up dark, island volcanoes. Step into colonial cathedrals overlooking grand plazas, and learn how Darwin developed his theory of evolution. Why choose between these fabulous experiences  when, as our Peru and Galápagos travel guide explains, these vacations let you enjoy them all?

If opting for Peru first, its likely youll fly into Lima and head down to Cuzco, and either acclimatising for a couple of days before trekking to Machu Picchu  or enjoying the city and the nearby Sacred Valley before heading to the famous ruins by train. Following your Inca encounter, youll fly up to Quito, with a day or so in this colonial city before flying out to embark on your Galápagos cruise, typically lasting five to eight days. Reverse trips begin in Quito or Guayaquil  Ecuadors largest city, and the leaping off point for Galápagos. Additional days can give you more time in the highland cities  or glimpses of the Peruvian Amazon or Lake Titicaca. 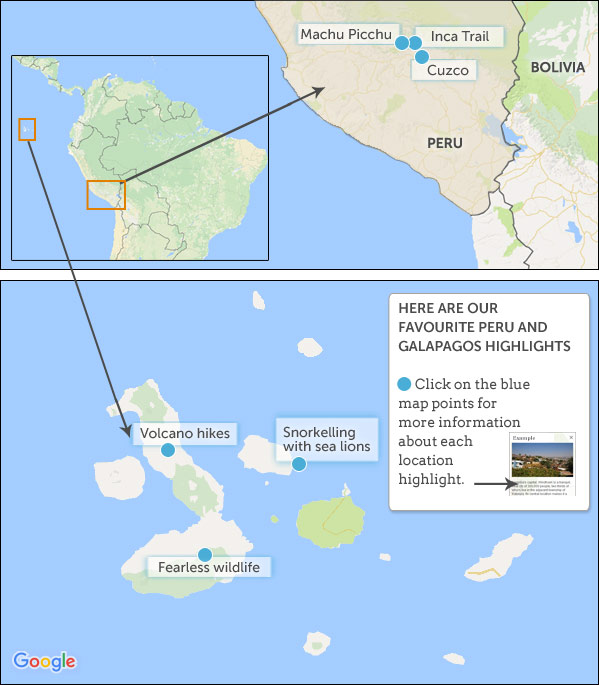 The former capital of the mighty Inca Empire, today, Cuzco is a UNESCO-rated city which, at 3,400m, is the ideal place to acclimatise before trekking the Inca Trail. Its also a great spot for encountering modern Inca culture in the form of the Quechua people, whose language, dress and customs have changed little over the centuries. If youre here for a few days, venture down to the nearby Sacred Valley.

The creatures on these islands are not only unique thanks to their isolation, 1,000km from mainland Ecuador, but also to their lack of fear of humans. You can snorkel with marine iguanas, be approached by curious sea lions, observe endangered giant tortoises and be entertained by the comical mating dance of the blue footed booby, while the animals remain indifferent to your presence. Magic.

South Americas classic hiking route takes you from the city of Cuzco, through Andean tundra (including some tough, high passes), past Quechua villages, along humid cloud forests and past astonishing Inca ruins, before arriving at the famous Sun Gate for the first glimpse of the fabled Machu Picchu. The high altitude trek takes around four days, following ancient Incan stone paths.

More than a century after its rediscovery, Machu Picchu continues to enthrall. Now reached by train as well as the Inca Trail trek, the ruins have become every more accessible  though the magic of this Inca city, perched atop a mist-clad Andean Mountain, has not diminished. Spend the night in the nearby village for extra exploration time, or consider a hike up the steep slopes of Huayna Picchu for a new perspective.

The clear Galápagos waters hover between 18-24°C  although the cooler months of June to October are preferable for snorkelling as nutrients flow in on the Humboldt Current, attracting even more wildlife. You can snorkel right off the beaches or head out to remote sites such as Pinnacle Rock on your cruise ship, looking out for playful sea lions, equatorial penguins and marine iguanas. 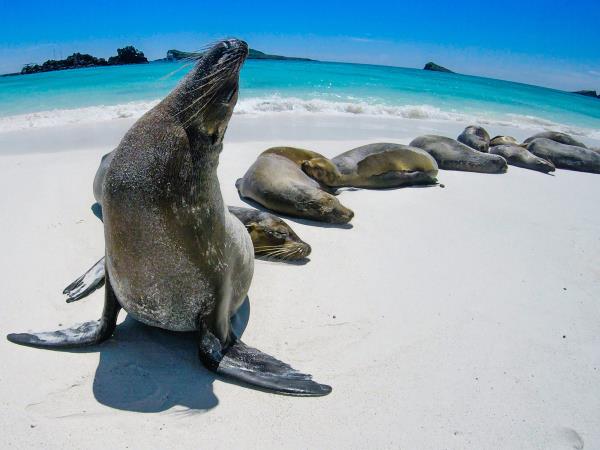 Galapagos cruise plus Ecuador and Peru 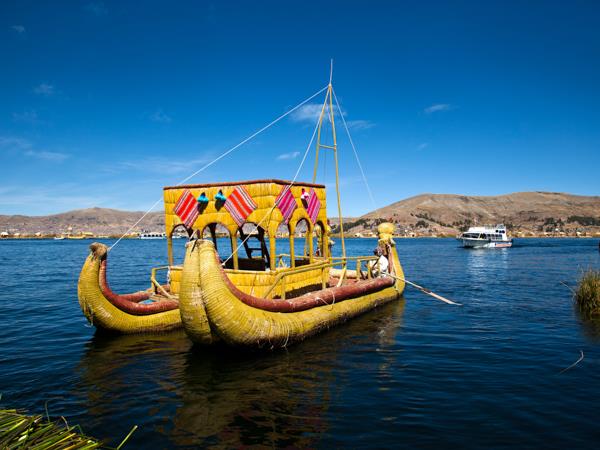 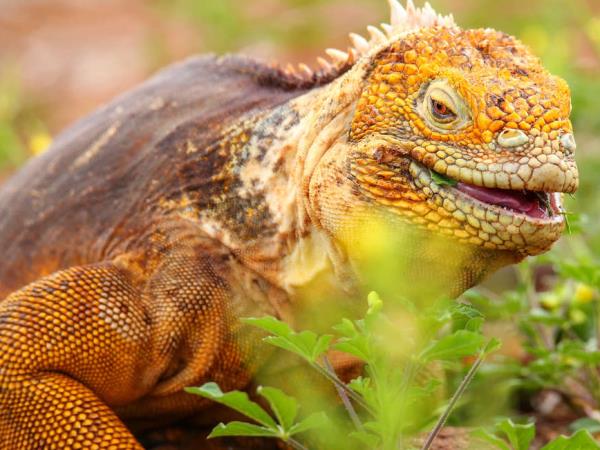 From US $4600 17 Days ex flights
Photo credits: [Page banner: Alberto Loyo]
Back to the top