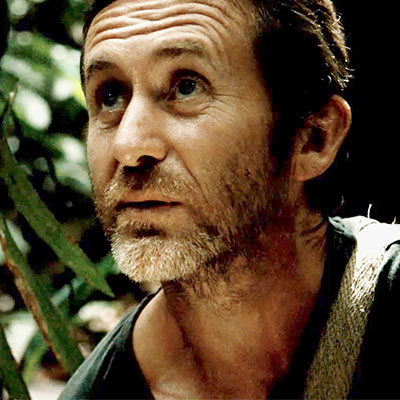 Adventurer and film maker Bruce Parry first met the Penan tribe in the rainforests of Borneo during the making of his BBC TV series Tribe, broadcast from 2005  2007. For his new film Tawai: A Voice from the Forest he revisits the Penan and finds out whether their connection with nature, and with each other, can help us all take collective responsibility for making the world a better place. Join us as we find out more about Bruce Parrys new film and discover his travel inspirations, biggest challenges and what keeps him going if he ever feels like giving up.
Find out more about Borneo in our Borneo travel guide

What made you decide to revisit the Penan people?
After traveling in the Amazon and witnessing, firsthand, the effects of globalisation and climate change, I felt compelled to talk about it. Revisiting the Penan felt like the obvious next step because out of all the tribes that Id come into contact with, they struck me as having left the lightest footprint thanks to their incredibly interesting relationship with nature. The first time around I knew Id found something different about the Penan but couldnt put my finger on what was it. I needed to go away and read, learn, listen to the findings of anthropologists, and try to ascertain what that integral difference was. When I went back I found myself looking from a completely different prism.

How have things changed?
The Penan are struggling. Theyre losing their land to logging companies, palm oil plantations, dammed rivers and pipelines draining Borneos natural reserves. Foreign NGOs have tried to help by providing longhouses for the Penan to live in, for which the tribe are incredibly grateful despite their traditional lifestyle being one of nomadic hunter gatherers. Theyre a community in transition with fruit trees and agriculture taking the place of what Id witnessed on my previous visit. The first time I visited there were no domesticated animals or sown plants. Like I said, theyre in transition, and physical changes were subtle but evident although the collective ideology was still the same. 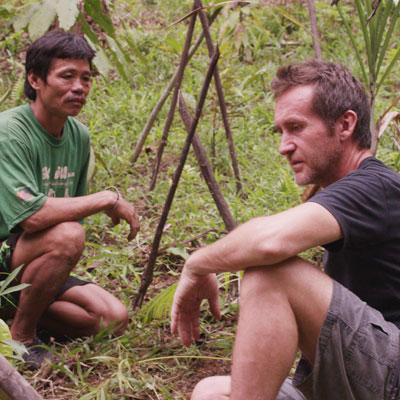 The Penan have no social hierarchy. Theres no competition to be better than another member of the tribe; they share everything and consider themselves to be completely equal with one another. This collective sense of being is evident in the way they communicate and behave towards each other. Any gentle banter or poking fun, which is so ingrained within me, had little or no purchase with the Penan. It was meaningless to them. But dont get me wrong; the Penan are individuals, they have egos, they can be competitive and theyre more than happy to acknowledge each others differences. Its just that over time theyve created a society that has accentuated the traits which naturally lead to equality. Although Ive visited other tribes who also work towards maintaining equality and balance within their society, this ideology is already instilled within the Penan. Its simply too deep-rooted to change without a considerable degree of effort on their part.

How do you hope Tawai: a Voice from the Forest will make a difference?
The film is like a meditation. The hope is for people to watch and reflect upon their own existence, especially their relationship with nature. We need to look at ourselves as a society and try to behave towards each other in a different way. This is not a self indulgent film. Im well aware that I need to change too. I set out my own intentions to change. I want to admit to the world that Im a consumer and I still plan to travel in the future. But Im also aware that its a privilege to be able to travel, and its the stuff that comes afterwards that counts. If anyone watching the film begins to take personal responsibility for their own impact on the planet, both socially and environmentally, and pass this on to people who havent watched the film, then that would be my one great hope, going forwards. 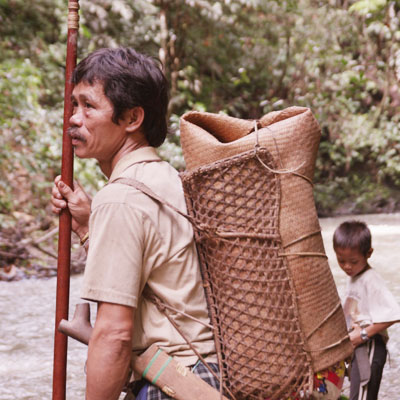 How can responsible travelers to Borneo have a positive impact?
Borneo is incredibly interesting; its one of the most fascinating places on the planet. Brunei, Sabah and Sarawak are all so different. I believe that travelers need to wake up to what impacts theyre making, back home and abroad. We all need to be responsible consumers. Check the back of food packets to avoid palm oil. Visit a palm oil plantation whilst traveling in Borneo and remember that this was once a pristine rainforest. Take photos. Share the evidence. Tell friends back home. Let people know that humans are responsible for destroying the lungs of the world: the rainforests. Companies are laying pipes for oil, the oil that we use to fly around the world. Be honest  we all need to look at ourselves. Study before, during and after you travel. Travel is one of the greatest educations we can have and passing on what we discover is one way that we can have a positive impact for generations to come.

Wheres home?
Ive just come back from Spain and dont have a real pinpoint at the moment but the UK is where I call home. Im interested in finding woodland to buy and start up a community. I plan to really find home. You can taste my yearning for home, for family, in the film  thats what Im looking for now.

Whats your first ever travel memory?
I was young  early teens. I took my dog Holly to the Lake District. I jumped trains and slept rough. I had a rucksack full of tins Id taken from home. I could barely make it up the hillsides as my pack was just too heavy. I cooked on open fires and made traps for rabbits. I was a real outdoors sort of kid. 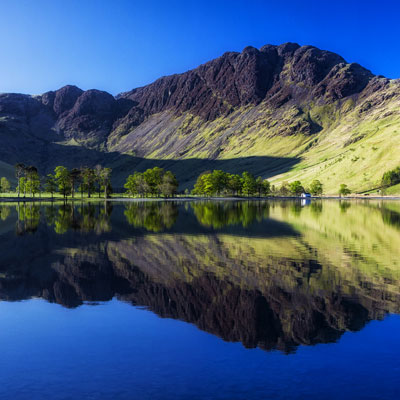 What inspired you to start traveling?
Id like to say just getting out of the house, although this sounds way too unfair on my family! The stories of explorers really inspired me the most. Explorers like Shackleton, real explorers.

What do you dream of for our world in the future?
An egalitarian society of high tech, low impact; people living in the natural world with no borders. Id like there to be a strong local connection but under a global umbrella.

Whats been the biggest challenge youve faced on a journey?
I was on an expedition through the Ethiopian desert on camels with two friends when we met a local guy. Most people had guns out there but this guy liked to point his at us every time we drew a camera. After a three day Mexican stand-off we ended up getting kidnapped for a few days. He just wanted to take our stuff and I dont think hed have actually shot us, but... 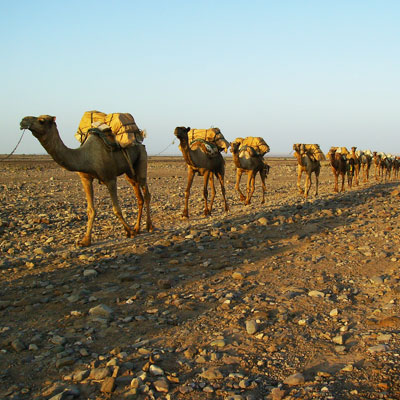 The Ethiopian desert. Photo by Achilli Family | Journeys.
Wheres the best place youve woken up?
I once woke up in a hammock at the top of an incredibly tall tree in the Amazon rainforest. The views over the rest of the Amazon were amazing.

Is there one person youve met who you feel you were so lucky to connect with?
I met Michael Palin, who I really admire, also Robin Hanbury-Tenison from Survival International and John Hemming the Canadian explorer. However, in all honesty, the luckiest connection I made was with a 90-year-old tribal chief in West Papua on New Guinea Island. He told me all his stories and tales of headhunting raids and tribal ceremonies. He talked about a life that was so hard to imagine and made crossing that divide and making that connection really unique and insightful.

Has anyone ever told you that you wont make it?
Loads of people! Especially when my friend Mark and I were trying to cross New Guinea from south to north. Many people said we wouldnt make it. They were right. We ran out of food half way up a mountain. 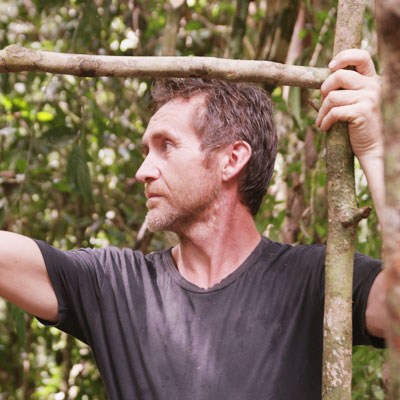 What keeps you going if you ever feel like giving up?
Every journey is different. I feel compelled to keep going. I feel like more of an adventurer now; Ive got more of a vision. More of a collective drive or desire to complete an adventure. Previously my travels were purely based around me trying to achieve something. Be first up a mountain or whatever; much more of an individual experience. These days my films and travels are more wholesome and healthy. More of a collective purpose, collecting information for everyone. Thats what drives me now. Its a drive I much prefer.

What are you most proud of?
Ive met a few people that have been named after me. Theres also a mountain bearing my name too. I suppose this makes me proud, although perhaps these sorts of things are more humbling. I was proud to get my green beret as a marine although if I could help to save the land for the Penan this would probably make me the most proud of all.

Whats your happiest travel memory?
Some of my expeditions to various parts of the world  pre-TV work  were some of my happiest. Also taking groups of young people on their first adventures into a forest gave me immense joy. Ive always felt more enjoyment taking other people on an adventure and living it through their eyes.

Whats always in your bag  no matter what adventure youre on?
I always pack my Bornean parang machete. 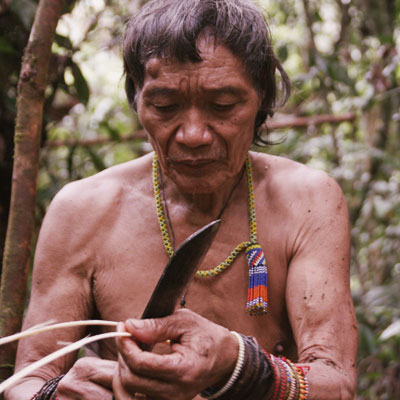 What do you still dream of doing that you havent yet done?
What Id really love to be able to do is learn about the flora and fauna of the UK. Ive recently been learning to forage but would love to learn more and gain a really in-depth knowledge and form strong ties with nature.

Where would you like to be right now?
Im happy where I am for the moment.

What does responsible tourism mean to you?
Responsible tourism means, to me, listening and paying attention to local customs and desires. Its about being aware of the imprint that we make when we travel and the effect of you being in a location. Its about only going somewhere if invited, not just because you want to. Its about being prepared to stop, if necessary, and turn back if it feels wrong. Its not only about being aware of humans but also about being culturally and ecologically responsible, not going into a pristine environment just because you want to. Its about traveling whilst having a full awareness of impact.
Read all our folks we love interviews & be inspired!
Back to the top