Its time to defend the defenders

The murders of Dom Phillips and Bruno Pereira in June 2022 brought to the fore the risks faced by environmental campaigners and journalists. These killings drew international headlines and widespread condemnation, but they were far from the first.

Human rights group Global Witness recorded the murders of over 1,500 land and environmental defenders between 2012 and 2020, the vast majority in Central America, South America and Asia. Some were killed in front of family, friends and colleagues; some were killed alongside them. Figures dont account for those injured, or intimidated and threatened into exile. Yet many persevere despite great pressure and risks to their safety.

Map showing the location of the 1540 land and environment defenders who were killed between 2012 and 2020. See the full interactive map on the Global Witness website.

Breiner Cucuñame was just 14 years old at the time of his death in 2022. He was shot by armed men while patrolling unarmed in a rural area of Colombia as part of the Indigenous Guard  a community peaceful protection network.

Berta Cáceres was a Honduran indigenous rights activist who fought a years-long campaign to prevent the construction of a hydroelectric dam, planned without the consultation of the Lenca people and which would have threatened their traditional ways of life. She was killed in 2016, her assassins linked with US-trained special forces.

And just weeks after the killings of Phillips and Pereira came the slaying of Virgilio Trujillo Arana, who had campaigned against armed groups and illegal mining in the Venezuelan Amazon.

Why didnt their deaths, and those of so many others, garner as many headlines as those of Dom Phillips? For one, none of them were prominent white British journalists. For another, there is still not enough awareness of an issue that threatens us all: the destruction of nature  and the slaughter of those who oppose it.

At the 2021 United Nations Climate Change Conference (COP26) in Glasgow, more than 100 countries made a series of commitments around protecting and enhancing biodiversity, including ending deforestation by 2030.

Some 80 percent of the worlds remaining biodiversity is stewarded by indigenous people. COP26 recognised the generations-old knowledge of indigenous peoples and local communities when it comes to preserving nature, and the importance of their role in combatting biodiversity loss and climate change, and pledged to increase their involvement in finding solutions. Yet there was intense criticism that indigenous voices were not sufficiently heard at the conference, and that their lives were being sacrificed for corporate profit.

And nearly a year on, many countries are yet to effectively start acting on some of the most important promises that were made.

2022 began with Amazon deforestation at its fastest rate in 14 years. Brazilian president Jair Bolsonaro, whose rhetoric and policies are accused of encouraging deforestation and fomenting violence against indigenous people, shows little sign of changing course, and could be re-elected in October 2022. Meanwhile global banks and supermarkets such as Sainsburys continue to support rampant deforestation and land grabs through their financing and use of suppliers including the Brazilian meat giant JBS.

If COP26 is to be deemed a success, if we are to counter the twin threats of climate change and biodiversity loss, the commitments made to respect and involve indigenous people and local communities must be honoured. Defenders must be heard and protected, and those responsible for the intimidation and murder of campaigners must be held accountable.

Tourism alone isnt a solution to this crisis. Many of these battles are being fought in places where tourists rarely venture or cannot go without great difficulty or danger.

Historically, irresponsible tourism has been a significant part of the problem, causing huge damage to local ecosystems and trampling over human rights, sometimes even the guise of nature conservation. That continues even today, with Maasai people around the Ngorongoro Conservation Area fighting eviction from their ancestral lands in favour of a luxury safari lodge and trophy hunting business backed by the Tanzanian government.

But as our own map of nature positive vacations demonstrates, tourism when done well can help. 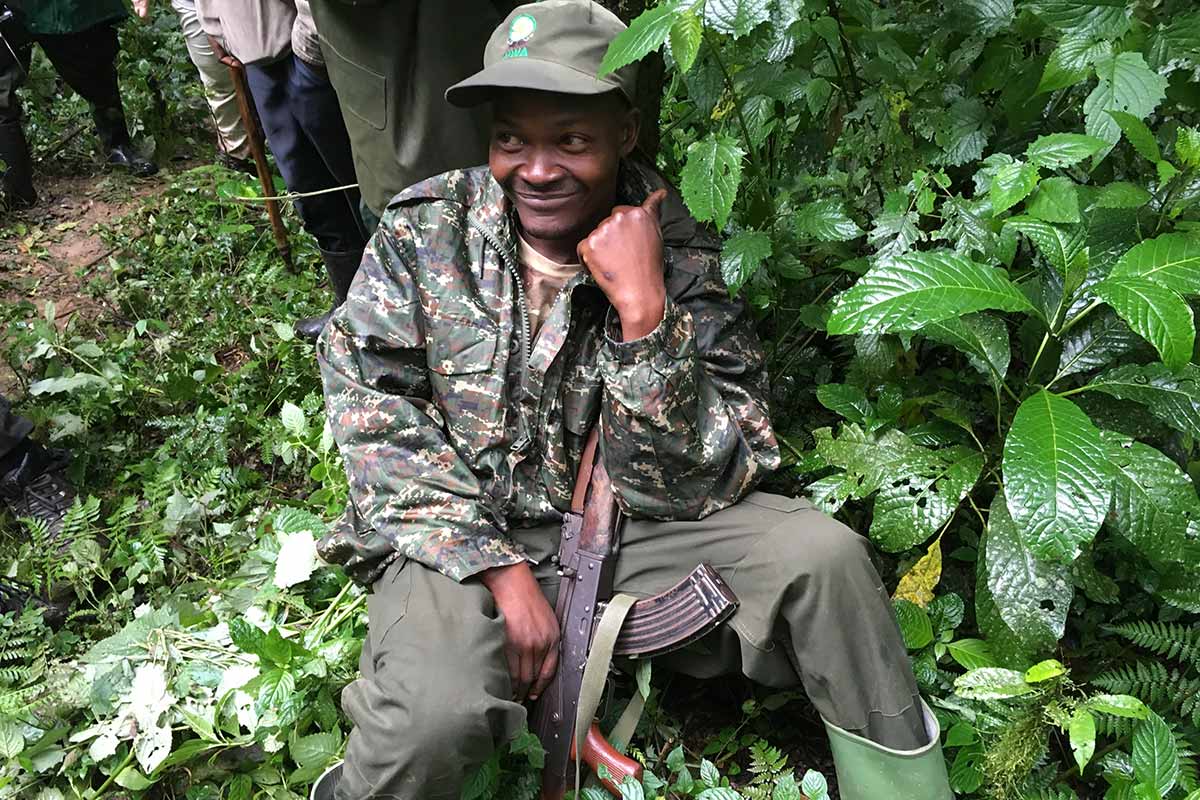 Ranger in Bwindi Impenetrable National Park. Credit: Sal Roux.
In Colombia, former FARC guerrilla fighters now take visitors on jungle expeditions. Mountain gorilla numbers in Bwindi Impenetrable Forest are improving significantly, with ex-poachers helped to take up more sustainable livelihoods, many of them tourism-related. And Crees Manu, a company working in parts of the Peruvian Amazon where several of our wildlife vacations visit, has regenerated vast areas of rainforest through community projects funded partly by tourism.

How can you make a difference?

Its more than 25 years since Ken Saro-Wiwa was executed by the Nigerian state, silencing his activism over the pollution of Ogoni lands by Royal Dutch Shell. There has been little improvement since.

We do not have another 25 years. The widespread loss of nature and vital biodiversity is now at critical levels. Destructive businesses and stalling or corrupted politicians must go.

Growing numbers of us are deeply worried about environmental issues, human rights, and clear injustices. As travelers, we can have an impact.


As for the tourism industry  it can certainly be loud and influential when it wants to be. Its time to start making more noise.

Written by Rob Perkins
Back to the top