As with other countries in the region the weather is always balmy, thanks to the position of the equator, but the best time to go to Sierra Leone is the dry season of November to April, when the roads will be passable, and the weather good for wildlife visits and beaches. Read more details below, including Sierra Leone travel tips from our West Africa experts. 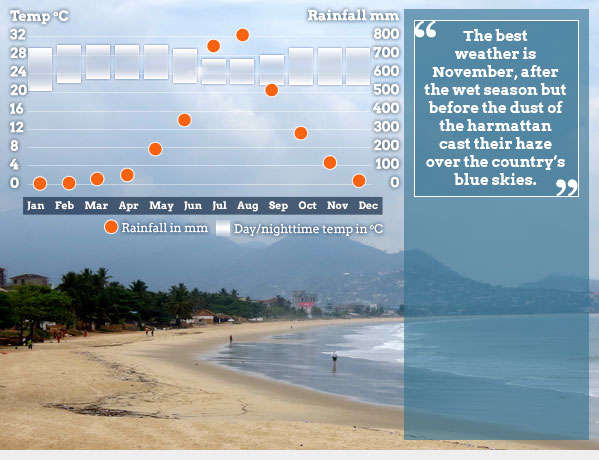 Sierra Leone is typically tropical and has two seasons: hot and wet, and hot, dry and dusty. Since its close to the equator, temperatures remain pretty steady. During the day, its usually between 27°C and 32°C, although in the center of the country it can be a little cooler, particularly at night. Read on for further detail on the best time to visit Sierra Leone.

When to visit Sierra Leone & when not to

November to April is the dry season, and the most pleasant time to travel, as you wont have issues with blocked roads from floods and there are fewer malaria carrying mosquitoes.

However, the harmattan wind blows down from the Sahara in December, January and February bringing dusty haze and uncomfortable dryness, as well as reduced visibility for both photography and sightseeing.

In March and April, temperatures are at their highest and can reach an uncomfortable 38°C. Visit in May and youll escape the worst of the rains and also get to see (or take part in) Street Child's award-winning Sierra Leone Marathon.

The heavy rains last from June to October, and are at their most brutal in July and August. For some time afterwards, access to more remote rural areas becomes almost impossible, as dirt roads are turned into muddy bogs by gushing waters and even Freetown suffers sometimes catastrophic flooding.

The beaches are at their beautiful best towards the end of the wet season in late September to October, when the worst of the rain has subsided but the skies are still blue.

Things to do in Sierra Leone

WHAT TO DO IN SIERRA LEONE & WHAT NOT TO

Things to do in Sierra Leone

Not many people know that Sierra Leone has some of the best beaches in Africa, and for now they are wild, open and refreshingly free from ugly developments. The beaches of the 42km-long Freetown Peninsula offer turquoise lagoons backed by pure white sands as well as sweeping golden bays with waves ripe for surfing. Off its tip, Banana Island is worthy of any castaway fantasy. In Freetown, meanwhile, theres Lumley Beach, which may not win prizes for cleanliness but is great fun at weekends, when people come out to relax, play football and party.
Unlike in many of Africas more popular destinations its perfectly possible to experience Sierra Leones wildlife sanctuaries and national parks without encountering another tourist, making you feel like a true adventurer. Time spent camping in Tiwai Island Wildlife Sanctuary, for example, listening to the sound of the rainforest with scarcely another soul around is a particularly special highlight.
Do make an effort to learn about the countrys history and culture. At Bunce Island and Banana Island youll see reminders of the slave trade, and in central Freetown, the famous cotton tree is said to have provided shelter for freed slaves arriving from the New World in 1787. Also in the capital, the National Museum details the traditions of the countrys many ethnic groups, including the Temnes and Mendes, as well as the history of colonialism. Its worth reading up on the countrys brutal civil war (1991-2002), the effects of which are still visible today.

Things not to do in Sierra Leone

Sierra Leone is not a mainstream tourist destination. Thats what makes it so appealing, so you shouldnt expect luxury on a trip here. While Freetown does have top end hotels, in the rest of the country accommodation tends to be simple, and road conditions and infrastructure can be poor. This is all part of the experience though; accommodation will be clean and comfortable with helpful local staff and will give you more valuable insight into local life than staying in an international chain hotel.
Sierra Leone has a rich food culture  dont shun the local dishes! The fish in particular is excellent, and beachside restaurants, simple shacks or even local fishermen can whip up a barbeque of lobster or offer up fresh oysters. Baked goods are delicious too and all around the country youll see people selling loaves of warm, fresh fula bread (similar to baguette). Other favourites include spicy groundnut soup and peppery stews made with pounded cassava leaves, all the better washed down with a Star beer, or poyo  local palm wine.
Tourism is slowly growing in Sierra Leone, but it remains a tough and time consuming place to travel thanks to poor infrastructure and limited public transport. For this reason, unless youre super intrepid, we dont recommend traveling independently. If you join a small group tour, youll travel in a private vehicle and enjoy the services of tour leader and an expert local guide. This reduces the chances of anything going wrong, offers up insider tips, and provides you with your own interpreter.

TIPS FROM OUR FRIENDS IN SIERRA LEONE

Bimbola Carrol is from Sierra Leone and works for our supplier, Undiscovered Destinations: He has shared with us some insider tips on his home country.
Traveling independently means you have to worry every day about your movement from place to place, as situations in Sierra Leone can be very fluid and inconsistent. There are a lot of structures not really in place, for example, scheduled and reliable bus services. On an organised tour, you have a dedicated professional tour guide and driver to move around and this also gives travelers the opportunity to ask more questions directly to our expert tour guides for in depth information. While traveling independently you will need to be stopping passersby or always asking the locals to information which is not always reliable or possible.

Sierra Leone is safe and with a stable democracy. Not much credit has been given to the progress attained over the years. Bad things happen in other countries too, such as the crime rate in South Africa for example, or Kenyas political issues. Despite this, the pull for tourists in these countries is very strong; a big difference is the PR machine. Sierra Leone has not been as proactive in making as much positive news coverage. Hopefully we can change this!

There are local artists, music festivals (such as Ma Dengn), festivals like the Lantern Festival, and sites like Rogbonko Village Retreat. The hospitality to strangers is certainly a highlight.
Written by Nana Luckham
◄ 2 min summary 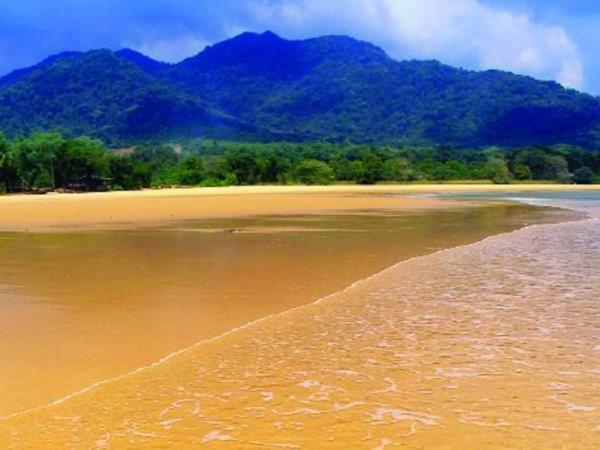 A journey of discovery through this emerging nation. 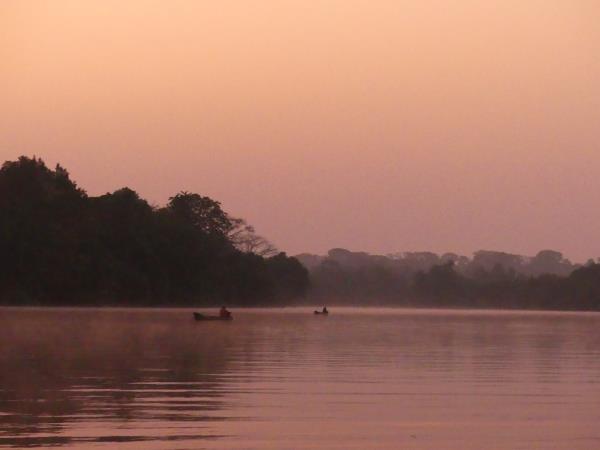 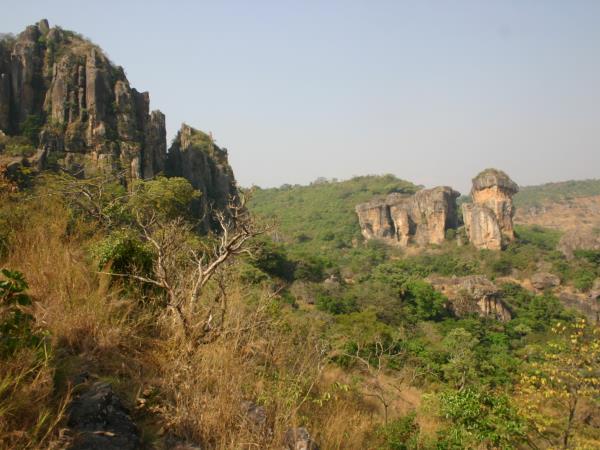 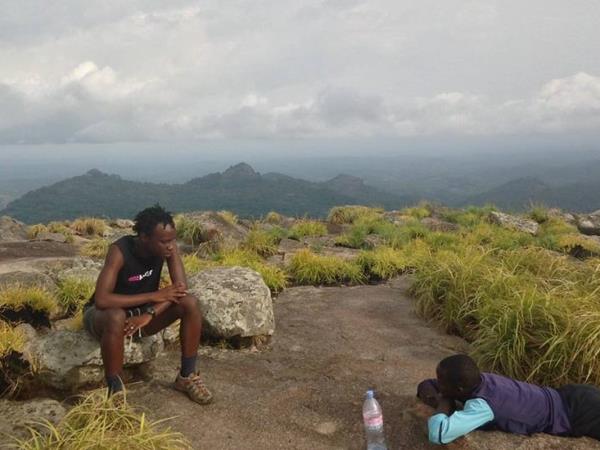 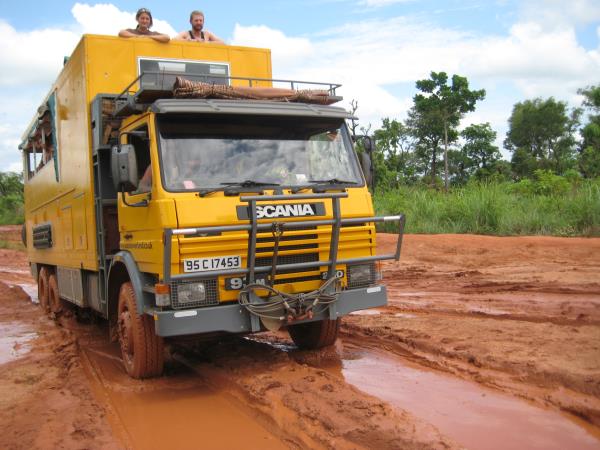 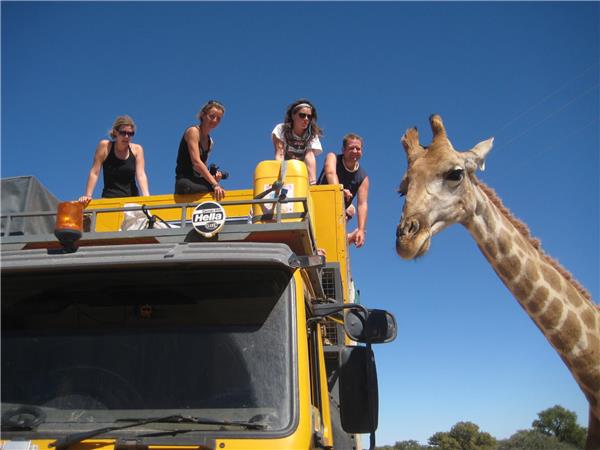