Description of Namibia self drive safari

13 Reviews of Namibia self drive safari

We really liked the flexibility of being able to stop for wildlife any time and in almost any place... Very well organised and run and allowed us to feel independence yet with a clear itinerary. It was excellent. Read full review

Fantastic! Quite an adventure and many memories made. Read full review

Best vacations ever in 30+ years of traveling Read full review

One of the best vacations we had. Definitely have to come back one day. Read full review

The most exciting part of the vacation was coming face to face with rhino on foot! Read full review

Reviewed on 22 Aug 2019 by Sharon Crossfield

The whole trip was incredible. The wonderful animals at Etosha national park, spectacular scenery and the amazing people were all great experiences. Read full review

The most memorable part of the trip was the magnificent scenery and emptiness of the south of Namibia and our desert trek with Tok Tokkie trails. Read full review

Everything went according to plan and we had an amazing, once in a lifetime experience. Read full review

SO many amazing memories such as... the surreal, moving experience of climbing Big Daddy dune at Sossusvlei to stand on top of the sand dune world, scree running down to Deadvlei below, jaw-dropping scenery from another world... Read full review

Traveling through Namibia for 3 weeks meant we managed to see some of the different landscapes, people and animals where each was very exciting. Read full review

Great trip that was enjoyed by all... Really enjoyed Fish River Canyon for its remoteness and lodge location, but then self-driving through Etosha and watching lions stalking prey at a water-hole was very special too. Read full review

Although Namibia enjoys one of the lowest population densities in the world, the main drive behind conservation is overwhelmingly its people - given the fact that in so many cases land is shared between wildlife and people.

Nowhere is this more apparent than in the community conservancies. Here large areas of small-scale pastoral farming have been brought under wildlife with successful ecotourism the most important revenue earner and employer for the communities.

Hunting and poaching in Namibia is forbidden meaning that wildlife is at its most natural, and with such vast spaces of wild land, humans are not as encroaching on the animals as some other African countries.

Namibia is bringing mainstream conservation into tourism with its community projects and animal conservation projects, such as AfriCat, Save the Rhino Trust, and the Torra Conservancy.

Save the Rhino Trusts (SRT)
Due to poaching of desert wildlife in the early 1980s the rhino numbers shrank to near extinction. This prompted people in the area to form a Trust, the aim of which was to stop the horrendous slaughter of rhino, elephant and other wildlife. Since the Trust's inception, it has successfully collaborated with government, traditional leaders and local communities with an aim to provide security for and monitor the rhino population in the region, as well as to benefit the community through conservation and tourism.

All staff at SRT come from the areas neighbouring the rhino range within the Kunene region. Many more community members are benefiting indirectly from the work done by SRT, through the Trust's employment of local people. The SRT has established one of the first Community Based Species Survival (CBSS) Projects for rhino in Africa, with direct community involvement in the conservation of rhino, and benefits received through conservation and tourism flow to the local population.

Several tourism ventures in the Kunene region have been supported by SRT for the benefit of the community, for example Desert Rhino Camp and Ongava Lodge.

Desert Rhino Camp
The camp offers a brilliant insight into the ecology and conservation of this incredible area and at the same time contributes directly to the Trust and ultimately the sustainability of this vulnerable area and its wildlife. This concession supports a healthy population of desert adapted black rhino and elephants.

The Desert Rhino Camp donates a portion of each guest's fee to the project, while the Wilderness Safaris Wildlife Trust has funded specific projects such as relocation of individual rhino to boost other population centers in Namibia.

Ongava Game Reserve
In 1991, the shareholders of Ongava converted four unproductive cattle ranches into a highly productive 30,000-hectare private game reserve that is now a haven to large concentrations of wildlife. The Ongava Game Reserve forms a buffer between Etosha National Park and the farms to the south, which enables large game such as elephant and lion to move between the Park and the private reserve.

The most successful reintroduction project on the Reserve, however, is the white and black rhino project. At present, Ongava holds one of the largest Namibian rhino custodianships for the Namibian government.

Today, Ongava is a safe haven for breeding rhino to more sustainable numbers and then reintroducing them into areas where they previously flourished making it possible to show its guests an endangered species and to participate in meaningful conservation programmes.

Okonjima  Africat Foundation
Based on Okonjima's 22,000 ha private nature reserve, in central Namibia, the AfriCat Foundation was founded in the early 90s and formally registered as a non-profit organisation. AfriCat has since grown significantly and what started out primarily as a welfare organisation has over the years identified the need to include a focus on education and research as being essential to accomplishing long-term conservation of Namibias large carnivores.

The foundations objectives are to create awareness and promote the tolerance of large carnivores among the farming community by assisting farmers in effective farm management techniques including targeting problem predators as opposed to indiscriminate removal. They also educate youth about large carnivores and environmental awareness.

As well as this they provide humane housing, treatment and care for orphaned and injured animals. The AfriCat foundation has rescued more than 850 cheetahs and leopards and over 85% have been released back into the wild.

The ground agents we use have been fundamental in the conservation in Namibia, owning a lot of National parks and Lodges, and consequently supporting wildlife trusts, schools and local families and communities in those areas. They believe that in protecting these areas, and including the local communities in this process, they can make a difference to Africa and ultimately the world. Tourism is a crucial part to the conservation for this reason. All staff at the lodges and game reserves are local to the area.

Our local ground agents have a unique approach to bringing tourism and conservation together with its goal to share these wild areas with guests from all over the world, while at the same time helping to ensure the future protection of Africa's spectacular wildlife heritage and sharing the benefits of tourism with local communities.

Windhoek Craft center
Namibian Craft Centre in Windhoek offers unique handiwork from Namibian only manufacturers. By buying at the Craft Centre you are directly support the Namibians with no middlemen sitting in-between.

Okahandja Town
Okahandja is an important center for woodcarvers from the north. They practice their ancient skills at the Woodcarvers Market next to the main road. The Wood Cavers are a major tourist attraction and offer curios at very low prices. Stone and other products are also available. Most of the items sold are truly African and are made locally. This is a good place to pick a souvenir as well as support the local community and their families.

Damaraland Camp
The Damaraland community comprises of a unique group of people who have recognised the value of the wildlife on their land and formed a Community Wildlife Conservancy to protect it.

Torra Conservancy is an unfenced multiple use area, zoned by the community members in order to derive benefit from wildlife populations while continuing sustainable, subsistence and commercial farming projects. In return for responsible management of wildlife populations, the Namibian government gives communities the rights to consumptive and non-consumptive use of this natural resource. The formation of the conservancy has resulted in substantially increased numbers of desert wildlife and in uplifting of the local community.

In the case of Damaraland Camp, finance, project management and expertise has been provided for the camps development while the community contributed labour, skills and the conservancy itself. Revenue flows back to the community both directly and indirectly through the payment of the land lease, conservation levies and salaries. All staff employed in the lodge come from the community and their employment is overseen by a joint committee comprised of the Torra Conservancy and Damaraland Camp ensuring that income is as evenly distributed across the 40 villages of the conservancy as possible.

The camp's emphasis on conservation-positive impact and sustainable ecotourism has been reflected in the considerable increase in general game numbers. The award winning Damaraland Camp has become an inspiration for communities and conservationists throughout Africa and beyond. 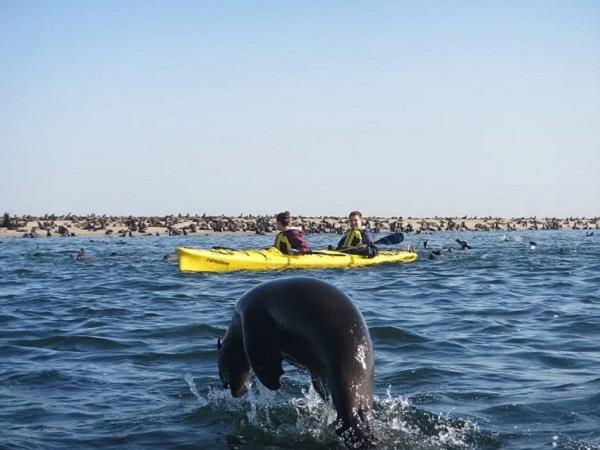 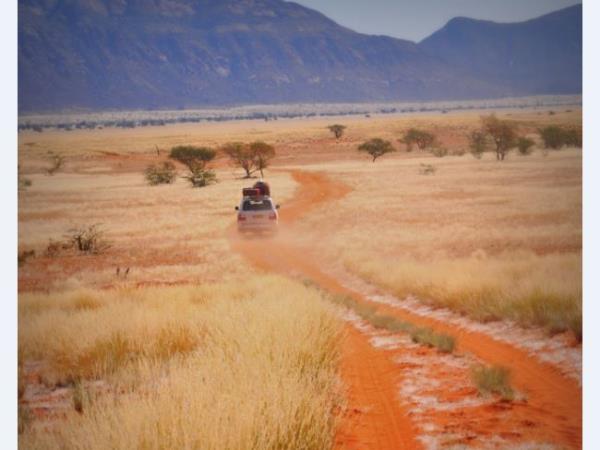 Namibia on a budget

Self drive vacation on a budget in stunning Namibia 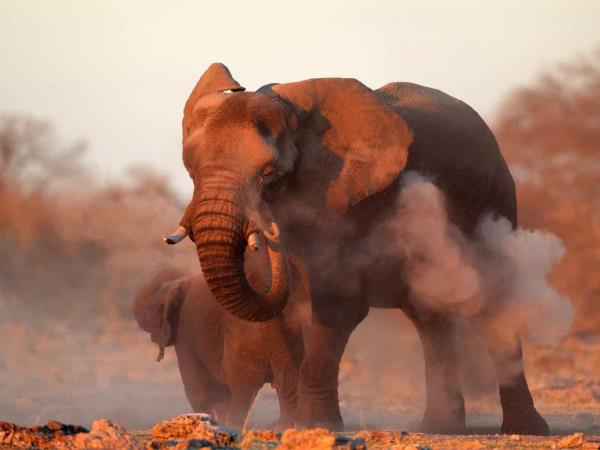