In summer 2017 the tourism industry was over taken by a seemingly new crisis, dubbed overtourism. Although this crisis appeared to take the industry by surprise, overtourism was simply a new name for an issue that has, in fact, been around for decades.

Local communities took to the streets to protest that their homes were saturated with tourists, and that tourism was now causing more harm than good. At the same time, tourists reported disappointing vacation experiences due to overcrowding, long queues, and the Disneyfication of destinations to the point where little local culture or ways of life remained. 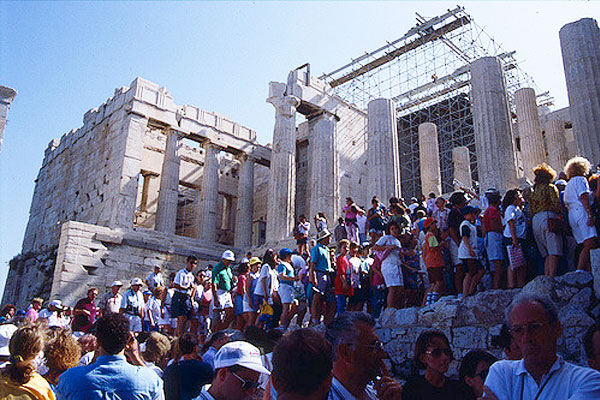 Cheap flights. Photo by Bryan Ledgard
Up until this point, the tourism industry, and many destinations that were obsessed with growing tourist numbers at any cost, had simply turned a blind eye to it. These same people, along with the UNWTO (the World Tourism Organisation) are now desperately casting around for solutions to overtourism. In the same way that overtourism is not new, the solutions to it are not new either. Academics and forward thinking destinations have been establishing solutions for decades. The problem has not been lack of ways to solve this issue, but an unwillingness to accept there is a problem or to commit to deal with it.

For the record here is a very brief overview to some of the solutions.

As such, it places the need to improve destinations for the benefit of local people at the heart of its mission. It seeks to maximise the benefits of tourism (such as the creation of local jobs, the conservation of natural and cultural heritage, improvements in infrastructure to benefit local people, etc) and to minimise negative impacts (waste generation, overuse of water, damage to heritage, negative cultural impacts of visitors, etc). If you go back to responsible tourisms forerunner, ecotourism, this movement is around 40-50 years old, and it has countless global examples of success.

In some cases a more responsible approach to managing tourism can solve overtourism issues. However, in other cases we simply have a numbers problem, and a reduction in visitor numbers is essential.

2. Sustainability accounting
Rather than simply measuring tourist numbers without any measurement of how much money is retained locally (rather than leaching out to internationally owned hotel or cruise ship companies), or the social and environmental cost of hosting these visitors, destinations will need to develop what is known as sustainability accounting practices.

This measures the benefits and costs using the triple bottom line  economic, social and environmental. This will reveal the net benefit, or otherwise, of tourism.

3. Cheap flights
The industry must address the issue of super cheap flights as a result of massive tax breaks for the aviation sector. A return flight from the UK to mainland Europe can cost as much as a couple of pizzas and a glass of beer. Ryanair even have stated their intention to offer free flights. Without doubt this has driven the rise in tourism numbers, as well as carbon emissions.

The fact that aviation fuel is not subject to tax or VAT, and that the aviation industry has effectively been handed a massive tax subsidy, is the issue that nobody wants to talk about or do anything to address. Read more about this here. 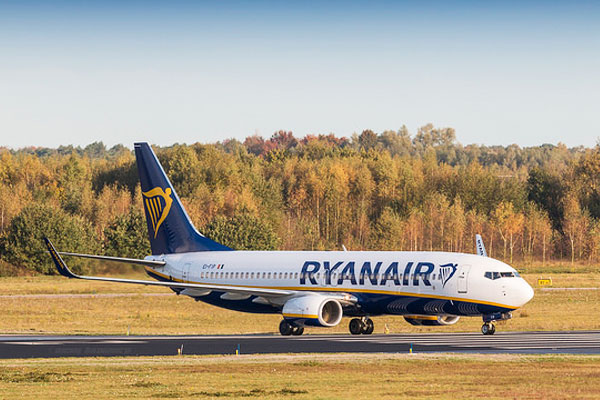 Cheap flights. Photo by Nicky Boogaard
4. Carrying capacity
Carrying capacity defines the maximum number of tourists in a destination or visitor attraction that can be accommodated, whilst sustaining the environment, heritage, and most importantly local peoples enjoyment of their homes and ways of life.

As a methodology it has some critics, and I think led to a better approach  see limits of acceptable change, below. The criticisms of it are partly to do with the setting of an arbitrary number. Who defines this number? Is it the same all year round, for all types of tourist? Is it set it in stone, or does it change if the management of tourism improves?

5. Limits of acceptable change
This is a participatory approach  with local people, governments, the tourism industry, environmentalists and so on  working together to define when and how tourism starts to cause problems. These local stakeholders define a number of things they would see, or experience, that would indicate that tourism is becoming a problem. These are the limits for acceptable change. When they happen, changes will need to be made.

These limits might include water shortages; prices of food increasing by 10 percent as suppliers start to cater for tourists; reduced access to markets overrun by tourists; pollution; no parking spaces left due to tourist numbers; increase in drunken behaviour, etc.

The limits of acceptable change should be reviewed periodically and dont represent a fixed set of criteria.

6. De-marketing
There are many ways to manage down tourist numbers. The first is to simply reduce the number of beds or other places to stay. Examples include refusing licenses for new hotels, reductions in Airbnb capacity or reduction in access for cruise ships. Other methods include reducing or ceasing all marketing to these over visited hotspots, or promoting other places that might need (and be able to manage) increased tourist numbers, instead.

Pricing is another technique that can be used to reduce demand. It can be used as part of strategies to target specific types of customer groups. This might sit uncomfortably with ideals of making the world's heritage accessible to all, but without managing impacts the heritage can be damaged or destroyed so that, in the end, nobody can benefit. However, there are solutions to this dilemma. In the past Prince Charles occasionally opened his private garden to the public and demand was massive. Rather than price people out, applications could only be made by people who were members of gardening clubs. He was effectively selecting people he thought would most benefit. I could see this idea working more broadly.

Pricing can be different during peak seasons, or dynamic pricing can used at different times of day to deter people from visiting museums and other attractions at peak times. Recently, we've seen many destinations introduce a tourist tax, which serves the purpose of limiting demand but also generating income that can be used to manage tourism and its impacts better.

7. Reducing demand in peak periods
We often all want to visit the same places at the same time (ie. the main vacation periods). Of course this concentrates tourist numbers into just a few short months or even weeks, which leads to overtourism. Clearly one strategy for addressing overtourism is to seek to spread tourist arrivals over wider periods of time.

There are limits to how effective this can be  especially as many families and academic staff can only travel during school vacation periods  but techniques such as seasonal pricing and better promotion of shoulder seasons can reduce demand at peak times.

Im interested in a version of this which is being developed by restaurants, and has been dubbed congestion pricing. This sets price not by season, but by the time of day, and could be applicable for visitor attractions, museums, even national parks and so on. 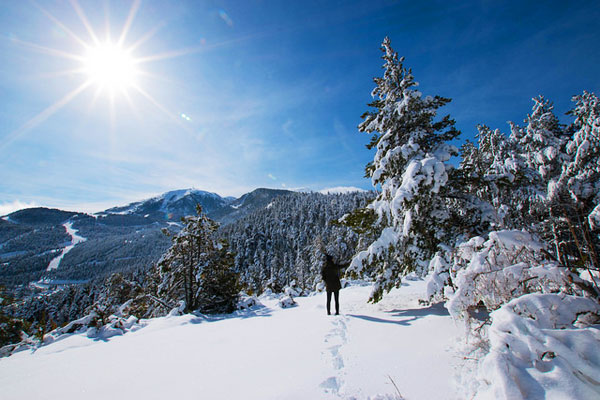 Snow in Spain. Photo by andresumida
...................
I hope Ive shown in this brief summary that many of the tools to manage overtourism already exist. The bigger challenge is to persuade destinations that the era of endless and badly managed tourism growth is over.

Im confident that this will happen, not so much because I have confidence that many destination managers (whove ignored this issue for decades) will, of their own accord see this as necessary, but because they will be forced to as a result of protests by local people and complaints by tourists who are starting to abandon destinations blighted by overtourism.
Written by Justin Francis
Back to the top