Join a thrilling in-depth expedition cruise of Australia's world-famous Kimberley Coast, one of the world's most pristine and untouched wildernesses.

Best explored by expedition vessel, our Kimberley cruises allow an up close and intimate exploration and immersion of this rugged wilderness dwarfed by nature on an unfathomable scale. Highlights of our voyage include the unforgettable spectacle of King George Falls cascading 80-metres down 2,000 million-year-old towering cliffs, the outdoor galleries showcasing the 60,000-year-old Aboriginal rock art of the Gwion Gwion and Wandjina people, World War II relics and early explorer history.

At Talbot Bay we will experience the power of the region's massive tidal movements and the world's only Horizontal Falls described by David Attenborough as "one of the greatest wonders of the natural world", and marvel as the world's largest inshore reef system at nearby Montgomery Reef 'rises' out of the water with the falling tide.

Hidden among jagged sandstone monoliths, the final resting place of the remarkably preserved skeleton of a WWII Douglas DC-3 Aircraft awaits discovery at Vansittart Bay, while a glimpse into Australian colonial history can be found carved into the trunk of the centuries old Mermaid Boab Tree at Careening Bay. Enjoy astounding wildlife encounters and observations from the region's iconic saltwater crocodiles through to the birding paradise of the Lacepede Islands and one of the world's largest and most pristine mangrove systems along the Hunter River home to White-bellied Sea Eagle, Osprey, Red-headed Honeyeater, Blue- spotted Mudskippers, Fiddler Crabs and more.

Discover an ancient landscape like no other as we expedition cruise the untouched beauty of Australia's iconic Kimberley and experience the truly epic scale of this magnificent region by ship and Zodiac on this unforgettable Australian adventure. 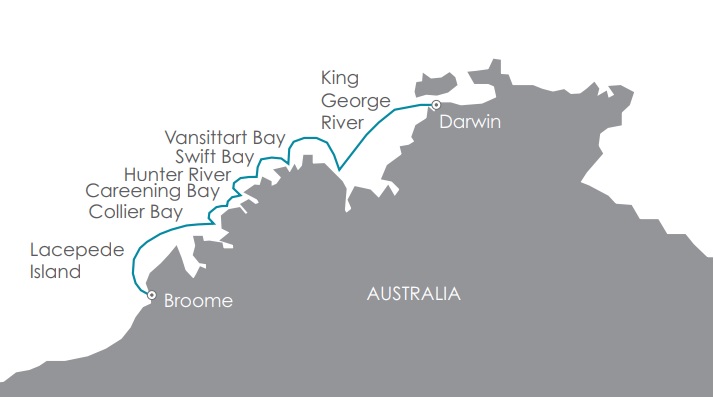 2 minute summaryBest time to go
Your typical city dwelling Australian likes nothing better than an early morning run or bracing surf to kick start them into life; well that followed ...

2 minute summaryBest time to go
I am a grown man, and have travelled all over Africa. But the first time I saw a tiger in the wilds of India, I cried.

During our long involvement in visiting remote islands (over 35 years) we have been instrumental in developing responsible visitor guidelines, and we are aware of the need to travel with minimal impact on the natural environment, and educate and support our passengers to follow our lead, and respect the needs of different ecosystems.

Many issues confront animals and their habitats, the world's oceans and isolated ethnic groups. We share unique, pristine, and wild place with you, as well as taking action. We aim to provide eco-education for our passengers whilst onboard through on-board lectures and information throughout voyages.

Our goal in managing our vessel is to minimise fuel consumption and emissions with regular servicing and a proactive maintenance programme. We annually clean and antifoul our vessel's hull to reduce the risk of biofouling. When selecting our specialist expedition equipment, we research this carefully to ensure that they are the most suitable and environmentally responsible. Group sizes are kept small to minimize impact and enhance visitor experience.

During our Australian voyages we visit local historic and indigenous sites, Wildlife Management Areas, and use local Aboriginal and wildlife guides wherever possible to support the local knowledge-base and economy. During this voyage there will be opportunities to visit and support ancient Aboriginal rock art galleries of the Gwion Gwion and Wandjina people and communities, incredible wildlife reserve Lacepede Islands and one of the largest and most pristine mangrove systems in the world along the Hunter River.

We allow time for guests to explore local markets, and visit local artists, artisans craftspeople and assist in sustaining their craft and traditions, as well as create a money flow. We provide opportunities for passengers to meet with remote and isolated locals and learn about their unique culture and life in remote areas, and encourage respect of local customs and traditions. Where required and able we aim to use local resources and services.

Throughout our voyages scientific research is incorporated, both through the logistical support of research projects and as an integral part of our voyages, and conservation programs are supported with funds, advocacy and logistical assistance.

We are a Birdlife International Species Champion and regularly welcome scientists on board. Through our True Young Explorer Scholarships we enable young scientists, conservationists, educators, authors and artists to travel and experience wild places otherwise off limits. We choose to travel in small groups, maintain industry leading staff to guest ratios ensuring we operate in the most environmentally responsible manner while maximising the opportunities for education and advocacy both ashore and aboard. 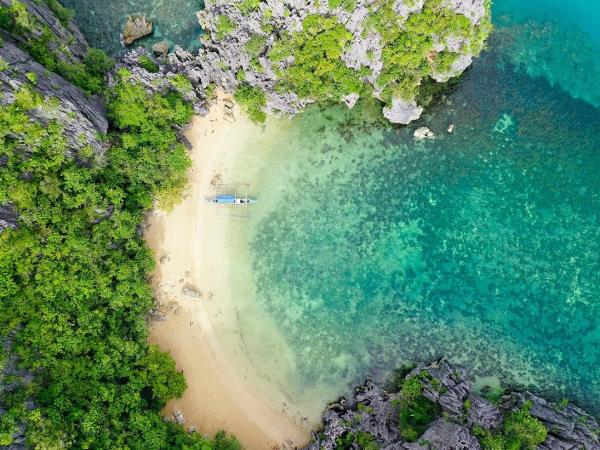 Cruising the remote islands of the Philippines and Indonesia 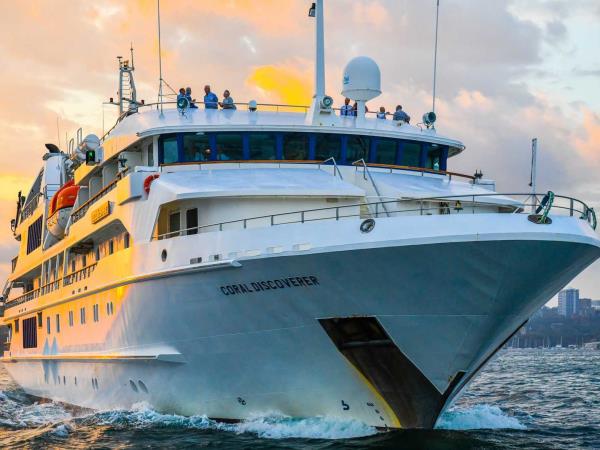