Tours through Colombias Zona Cafetera reveal the traditional coffee-making process, where coffee is still picked by hand, bean by bean from trees growing in rows up steep mountainsides. Stay in a historic, brightly painted hacienda, hike and horse ride and learn more about Colombias coffee culture. All against a backdrop of towering wax palms, lush cloud forest and colourful colonial towns.

Rows of coffee trees extend up lush mountainsides, overshadowed by towering endemic Quindío wax palms. While on the edge of pretty colonial villages, historic haciendas open their wooden shutters to visitors keen to learn more about Colombias traditional coffee-making process - and taste the spoils, of course. This is Colombias UNESCO-listed Zona Cafetera, a fertile hilly region of cloud forest and rolling plantations where coffee is, quite literally, a way of life.
However, dont be fooled into thinking you need to be a hardcore coffee aficionado to enjoy the Zona Cafetera to its fullest. This region goes beyond its most famous export. Tropical, verdant valleys offer abundant opportunities for hiking, cycling, horse riding or rafting, while a plethora of brightly-coloured, flower-filled villages all compete for the title of prettiest pueblo in Colombia.
See all our Colombia Vacations 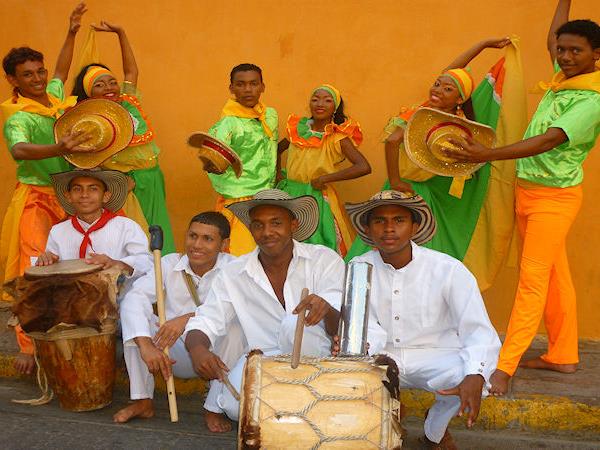 Amazing Colombia from Caribbean to Amazon, tailor made 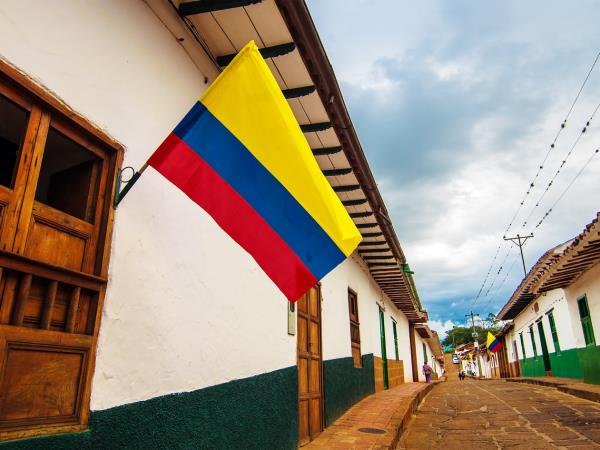 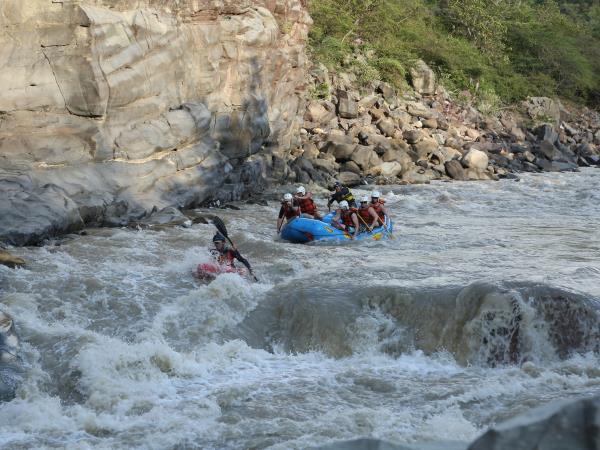 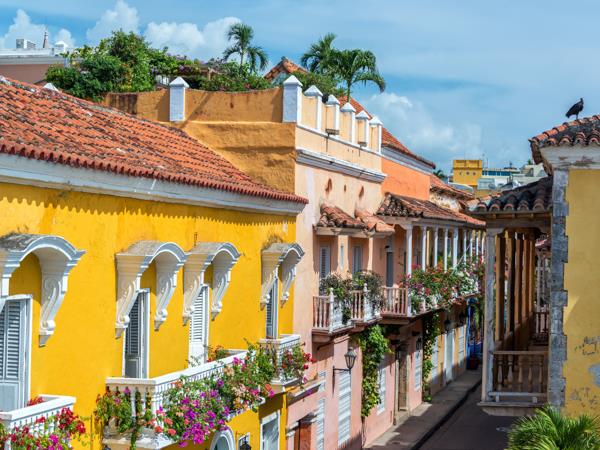 Off the beaten track vacation to Colombia

Adventure through Colombia - highlights and off the beaten track 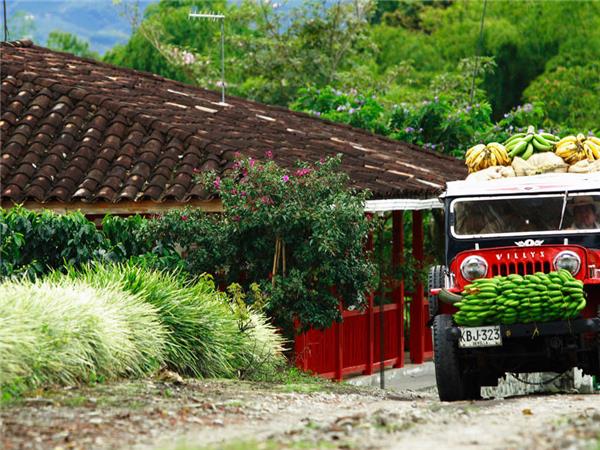 A comprehensive overview of Colombian diversity 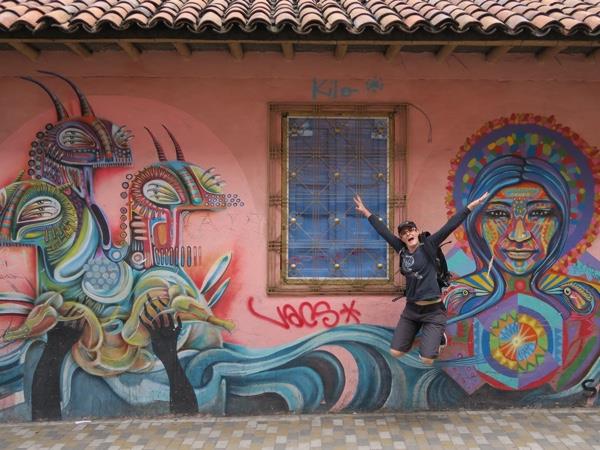 Stretching through the regions of Quindío, Caldas, Risaralda and Tolima, Colombias Zona Cafetera, also known as the Coffee Triangle, encompasses tracts of cloud forest, the mountainous Los Nevados National Park and the richly fertile Andean foothills. Lush vegetation, including undulating banana and citrus plantations as well as the ubiquitous coffee, characterise the area, which is dotted with over 24,000 small farms.

Five active volcanoes - the highest of which, Nevado del Ruiz, erupted in 1985 killing 25,000 people - are ironically the lifeblood of this region, creating a richly fertile soil perfect for sustaining the cloud forest and plantations of coffee trees. Often shrouded in cloud, the snow-covered tips of the volcanoes can be seen from Manizales, Salento and many of the small Zona Cafetera towns.

The rich landscape and fertile soil have led Colombian coffee to be considered by many as some of the highest quality in the world, still picked by hand, bean by bean. The Coffee Cultural Landscape in Colombia has been inscribed on the UNESCO World Heritage List, recognising the human adaptation needed to grow coffee on the difficult geographical terrain  and the importance it has had for the region economically, socially and culturally for generations. It is estimated that around 80,000 people here dedicate their lives to the cultivation of coffee.

If you prefer your coffee with a spoonful something a little more active then the Zona Cafetera has adventure in spades. Alongside hikes in the Cocora Valley there are options for more strenuous treks among the volcanic peaks of the Los Nevados National Park, as long as no eruptions are imminent. If youd prefer not to hike, explore on horseback instead. Or join a small group tour cycling between the regions small pueblos, via its local markets, haciendas and coffee-tasting experiences.

Lined with spindly, 60m tall Quindío wax palms, the lush Cocora Valley is one of the most beautiful, and astonishing, parts of the Los Nevados National Park. Hikes here are one of the highlights of the Zona Cafetera and as you follow well-marked paths up into the cloud forest youll need to keep your eyes peeled for endangered Palm Parrots and tiny hummingbirds as well as mighty eagles and condors soaring overhead.

Stay on one of the Zona Cafeteras working coffee farms for an insight into subsistence agriculture and Colombias traditional coffee-making process. Here, tours and demonstrations unveil the intricacies of the production process  from cultivation to the picking, de-pulping, washing, drying and roasting of the beans. In this region the coffee tends to be planted in rows extending up the mountainside and picked by hand  a feat of physical endurance that the tours bring into sharp relief. A taste of the final product is, of course,

And to top it all off, the old haciendas, many offering accommodation as well as coffee tours, are beautiful in themselves, with wooden colonnaded balconies painted in bright reds and blues set among the deep greens of the coffee plantations and the hazy blue of the surrounding forested mountains.

As well as being the perfect base for excursions into the surrounding cloud forest, the Cocora Valley and coffee plantations, pretty Salento is worth a visit in its own right. This small pueblo  full of colourful houses sporting wooden balconies overloaded with blooming flowers  offers spectacular views of the Cordillera Central mountain range, the slopes of which rise steeply out of the town itself, and is a pleasantly peaceful place to relax and soak up the tropical ambience. Make sure you try regional speciality trucha - a fish usually served up with plantain, rice and pinto beans.

It seems like all of the Zona Cafeteras villages are competing to be the prettiest in Colombia  with stunning Andean panoramas peeking out behind colourful colonial architecture, picturesque plazas and sleepy-yet-friendly streets. Sit down with poncho-wearing coffee-pickers in tiny bars and enjoy a cup full of steaming Arabica or simply enjoy the peace and tranquillity of these little visited small towns. Pijao offers beautiful mountain views and a robust coffee heritage (many plantation owners and coffee merchants have settled here and built their homes), while Salamina feels uniquely and authentically Colombian, with few foreign visitors. Alternatively, shop for hand woven baskets in colourful Filandias lovely local market.

How to get there

Most small group tours will include two to three days in the Zona Cafetera as part of a longer itinerary through Colombia. Frequently these reach the Zona Cafetera by road from Popayán  a seven hour drive to the city of Armenia - or from Cali or Medellín. A variety of flights to and from the region mean it is easy to combine it with pretty much anywhere in Colombia  as long as youre happy to fly.

Tailor made specialists offering bespoke itineraries in Colombia can arrange for you to spend as long as you want in the region  from two or three days to a week or more. Private transfers and local guides will be on hand to help you hike, bike or simply taste your way around.

Amazing Colombia from Caribbean to Amazon, tailor made

From 1920 to 3340 27 days ex flights
Read 4 reviews
Tailor made:
This trip can be tailor made throughout the year to suit your requirements

See all our Colombia Vacations
Travel Team
If you'd like to chat about Colombia or need help finding a vacation to suit you we're very happy to help.

In weather terms the best time to visit the Zona Cafetera is from December to March. Its the driest season in Colombias highlands and the colourful Feria de Manizales festival takes place in January.

July to September offers another short, dry season, with rain easing in the Zona Cafetera in August, so a good option if youre tied to school vacations and want to avoid the December to March peak season prices.

If you dont mind a few soggy days, then travel in April to June or October to December when the coffee harvest is in full swing and the farms are a hive of activity. You wont need to worry about getting cold though  temperatures in the Zona Cafetera hover around 28°C year round.

Bear in mind that even the dry seasons in Colombias highlands hold the possibility of some rain  so youll want to pack a waterproof whenever you travel.

Call us for the best time to go to Colombia 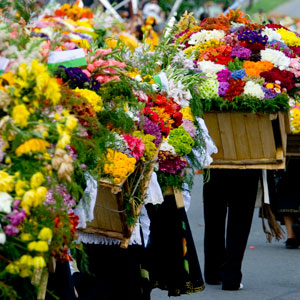 Best time to visit Colombia
The best time to go to Colombia is in December to March, when the Andes are drier. 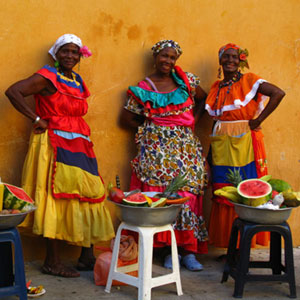 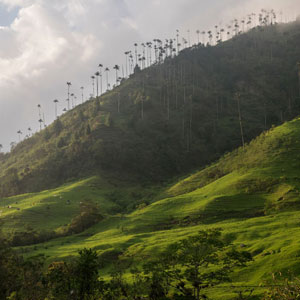 Colombia map & highlights
Colombia is surprisingly huge; theres no way youre going to be able to explore it all in a single trip. 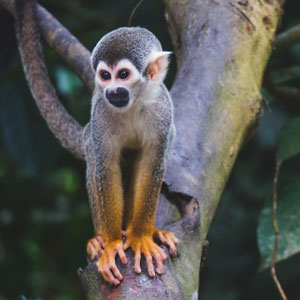 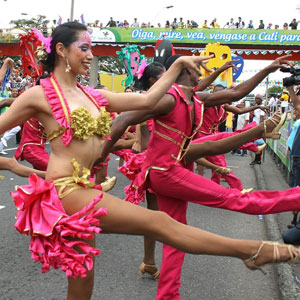 Colombian salsa
Cali, on Colombias Pacific coast, is often referred to as the capital of salsa, and several distinctive styles have been formed here. 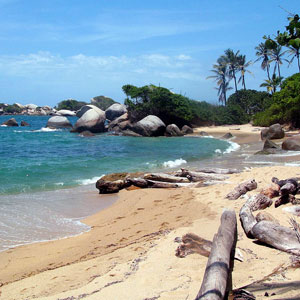 Colombias Caribbean Coast
With colourful colonial cities overflowing with flowers and spectacular national parks hiding secluded beaches it's little wonder Colombias Caribbean coast is the grand finale on most tours through the country. 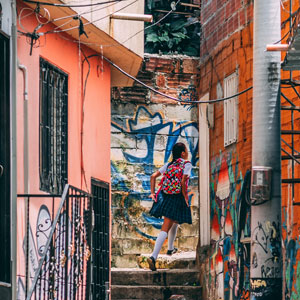 Colombias cities
From Cali to Cartagena, Colombias cities are shaking off their dangerous reputations and reinventing themselves as some of the most fascinating, forward-thinking cities in South America. 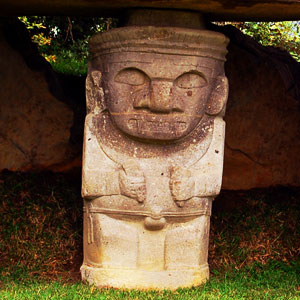 Things to see & do in San Agustin
Explore one of South Americas most important archaeological sites at San Agustín, hidden among verdant valleys lined with cloud forest, sugar cane and coffee plantations. 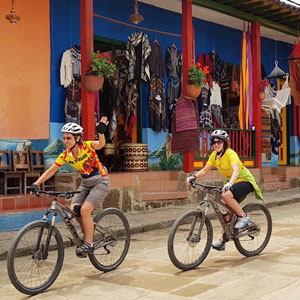 Cycling in Colombia
For Colombians, cycling is something of a national past time: practically everyone has a bike and knows how to use it. Join them: go cycling in Colombias coffee country or power up into the Central Andes; there are hot springs at the end of the road. 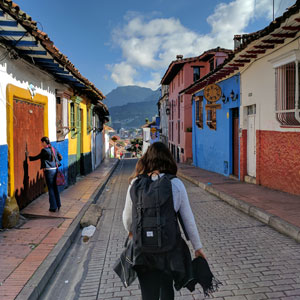 Colombia travel advice
Get top Colombia travel tips from our South American experts. Theyve shared their advice on accommodation, what to pack, background reading, what to eat  and what not to. 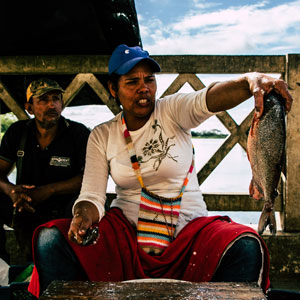 Responsible tourism in Colombia
Colombia is pretty new to tourism, so its development in the next few years will be crucial in ensuring that this industry is sustainable and responsible...