Animal welfare and reducing your carbon footprint as far as possible are hallmarks not only of the vegan lifestyle, but also what we consider responsible tourism. Learn why switching to a plant-based diet, and maintaining it while traveling, is about the most effective thing you can do to minimise your impact on the planet.

Becoming vegan is the most important and direct change we can immediately make to save the planet and its species.

 Chris Hedges, journalist
The global vegan movement is at times controversial and confrontational, but no one can say its not successful. More and more people worldwide are either switching to an entirely plant-based diet, or significantly cutting their meat intake. The message is starting to get through: going vegan is good for you, good for animals and good for the environment. Its also good for business, amply demonstrated by the incredible growth in new meat-free products, better vegan options on the menu in many restaurants and, of course, our own increasing range of vegan vacations. Even Disney is now rocking a vegan-friendly look.

People usually switch to veganism for one  or a combination  of the following three reasons: theyre concerned about animal welfare; they want to reduce the environmental impact of meat consumption; they believe it will be better for their personal health. All of these go hand in hand with responsible tourism.

The last thing we want to do is come across as preachy, but the benefits of traveling on a vegan lifestyle are obvious. More than giving up flying, driving electric vehicles, and avoiding single use plastics, sticking to (or adopting) a vegan or mostly vegan diet may be the single best thing you can do to slash your impact on the environment.

And the great thing is, many of our vacations can be adapted to accommodate vegan travelers. Our vegan-specific vacations dont require you to be a card-carrying member, either. Maybe youre interested in trying it out for a while, youre accompanying someone who is a vegan, or youre intrigued by the itinerary and feel comfortable living off a plant-based diet for a week or two.

Read on to find out why going vegan  even if its only temporarily  makes for a more responsible traveler. 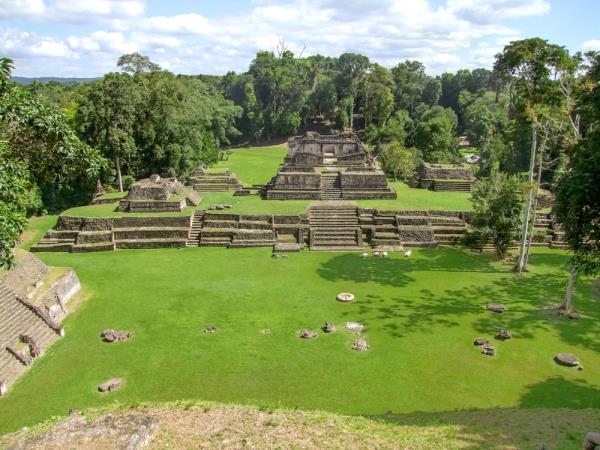 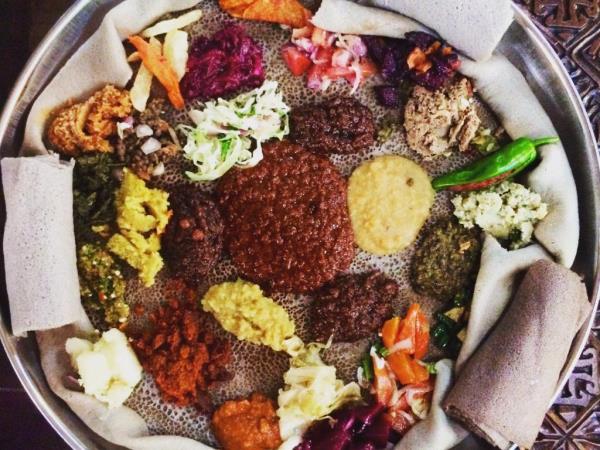 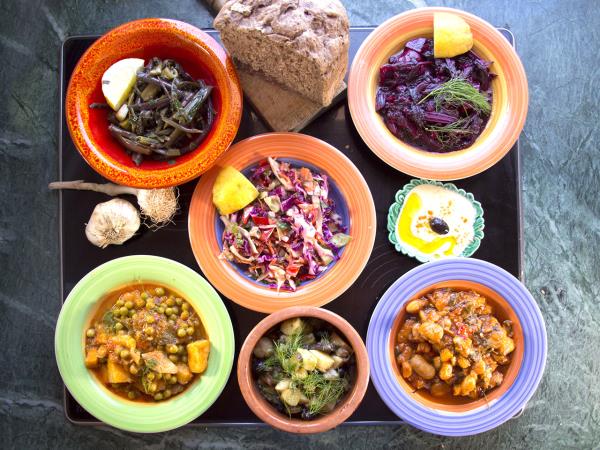 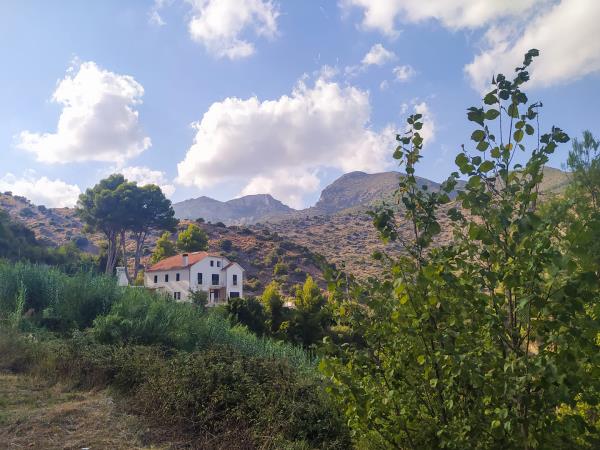 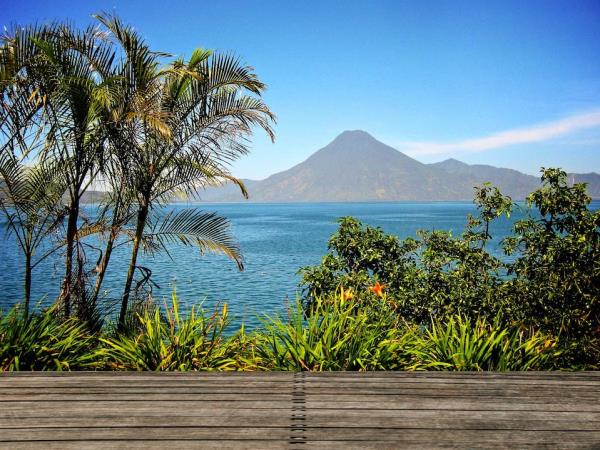 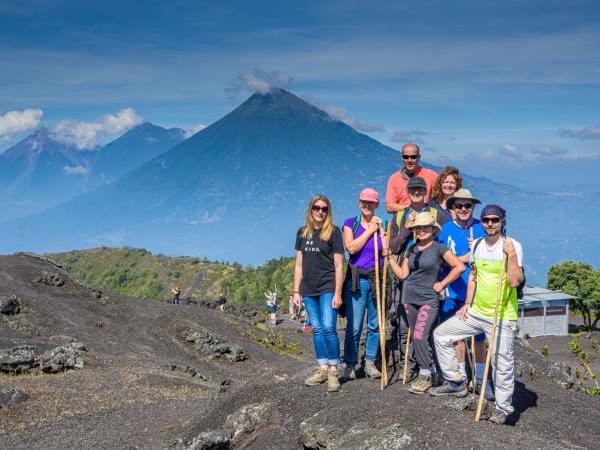 The chance to combine vegan-friendly wanderlust with work!

Vegan food is better for your health

One of the most frequent criticisms levelled at the vegan diet is that it makes it hard to get all the nutrients you need. But as anyone thats been a vegan for a while (and shock horror, managed to survive) can tell you, its actually easy once you know what youre doing. Foods fortified with vitamins D and B12, supplements where necessary, and a well-planned vegan diet, will keep you healthy while potentially lowering your cholesterol, your risks of cancer and heart disease, and your weight. It has been estimated that eight million lives could be saved by 2050 if the global population swung more towards fruit and veg diets and ate less meat.
Far from reducing your strength or energy levels, sticking to a vegan diet can meet all your nutritional needs and even enhance them, so you get even more from an adventure vacation  from fracking langurs in the Vietnam jungle to hiking in Colombia or snorkelling with sharks in Belize.

When it comes to the environmental benefits of veganism, theres not even a debate. A meat-eating diet uses vastly more water, land and energy than a plant-based diet. It takes around 15,500 litres of water to produce a single kilo of beef. Almost 70 percent of the worlds agricultural land is used for farming livestock. And incredibly, over 800 million vegans could be fed with the amount of grains provided just for livestock in the USA.

Emma Fry from our specialist vegan travel operator Vegan Adventure Vacations:
"Most of the travelers on my tours tell me they became vegan for reasons connected to animal welfare. But recently there has been a shift and Im meeting more and more people saying that, while animal welfare is also a concern, they became vegan for environmental reasons."

Its been reported that a global switch to plant-based diets would cut greenhouse gas emissions by two thirds (varying from place to place), and avoid climate-related damage costs of up to $1.5 trillion. It would also dramatically reduce the amount of water used  an area of growing concern  as well as rates of water pollution. And of course, with so much less farmland required, it would significantly reduce the felling of forests on which we all depend.

Terms such as organic, free range or sharing our values can easily fool us into believing that the animal products were eating come from creatures that have enjoyed a largely contented, pain-free life before they were slaughtered. The truth is pretty unpalatable.

Breeding animals such as female pigs (sows) spend their days confined to enclosures that are too small for them to even turn around. They are separated from their young after a matter of days, and the emotional distress caused, along with the psychological harm of complete confinement, leads to stress-related behaviours. And thats in the United States, where you would expect a commitment to animal welfare. In other countries it can be far worse.

Many dairy cows will spend their entire lives standing upright on concrete floors. They are often milked almost incessantly, which can cause painful mastitis inflammation and lead to early slaughter. Dairy cows lead shortened lifespans anyway, and will often have their newborn young  the entire reason they produce milk in the first place  taken from them after just a day.
Farmed chickens, whether raised for their eggs or their meat, will often suffer appalling conditions. They might share tiny cramped cages with dozens of others, leading to stress, pain, disease, broken limbs and exhaustion, before taking the final, terrifying trip to the slaughterhouse.

Traveling in some parts of the world can expose you to animals being treated appallingly. Those are often working animals such as donkeys, elephants or performing cetaceans. Animals that are seen as more disposable, used for their milk or their meat, may suffer even worse.

Taking a vegan vacation means that nothing that touches your plate has been involved in any way with animal suffering. Depending on where you go, and which tour operator you travel with, you may also find that efforts have been made to reduce or remove animal products from every aspect of the vacation, from fabrics in bedding to avoiding the use of vehicles with leather seating.

Dominika Piasecka, spokeswoman for The Vegan Society:
The environmental benefits of eating fewer or no animal products are well known. Vegan food produces up to 50% less greenhouse gas emissions than non-vegan food so its a brilliant way to partially off-set the emissions created by your flight and help the planet in this way. If more passengers choose the vegan meal over a meat-heavy option, the opportunity for carbon saving starts to become significant. 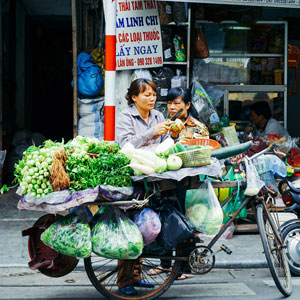 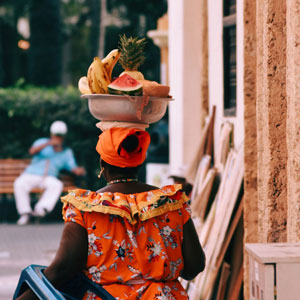 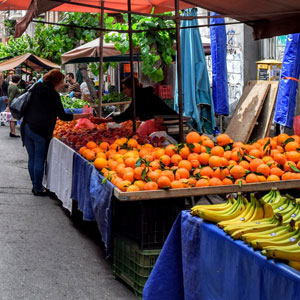 Easy destinations for vegan travel
New to traveling as a vegan and looking for inspiration? With the right preparation you can at least get by just about anywhere, but its true that some places are a lot more manageable than others. 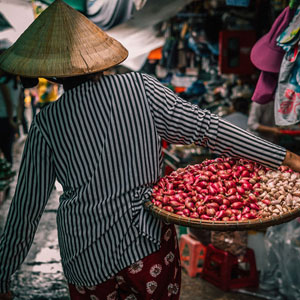 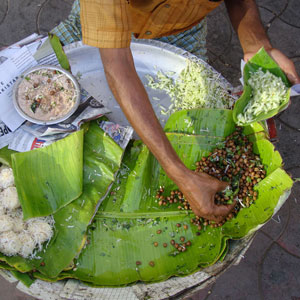 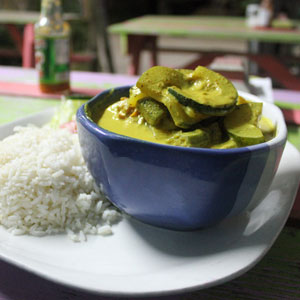 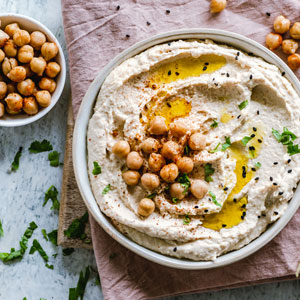 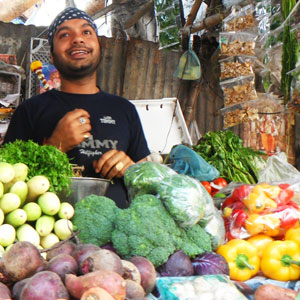 Vegan vacations advice
One of the main reasons why many people struggle to commit to going 100 percent vegan is on vacation, especially when you dont speak the language - our vegan travel advice should put a few myths to rest.

Find out if weve got your favourite pastime covered in our dedicated special interest vacations travel guide or just search for a few more ideas to help you have a really worthwhile week away rather than just a boring break at the beach. This page is all about what special interest vacations entail and how you can choose between small group and tailor made options to ensure you get the most out of your vacation.