Responsible tourism in Benin is vitally important. The country receives few visitors and has myriad social, economic and environmental concerns  so any travelers here must educate themselves, be respectful of local culture and beliefs, and help this magical country look after its incredible culture and wildlife.

Tourism is very much in its infancy in Benin. Its fair to say that visiting this fascinating country is less of a vacation, more an adventure, where youll struggle to feel like a tourist, rather than a traveler. The infrastructure is basic, hotels far from luxurious, and many roads are impassable during the rainy season. With the exception of Pendjari National Park, Benins top attractions are not tourist sites, but places of historical or religious significance, authentic festivals and thriving communities. This means that choosing a responsible tour operator is essential  one who speaks the language, knows the culture, and can introduce you to Beninese customs without causing offence or disruption. And this ethical approach also means you will have a more enjoyable and safer trip, gaining a real insight in Beninese culture that extends beyond tacky tourist reenactments and false fetishes. 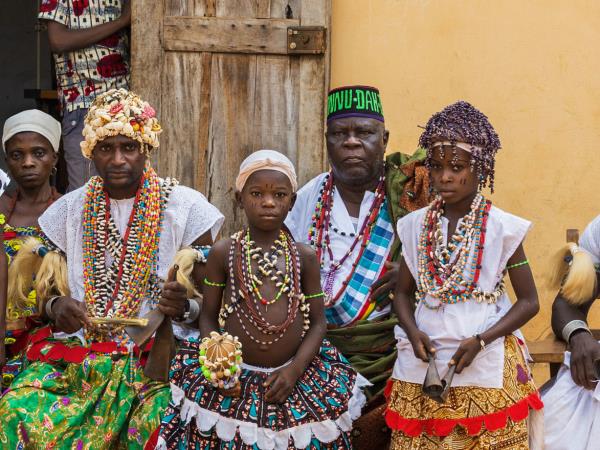 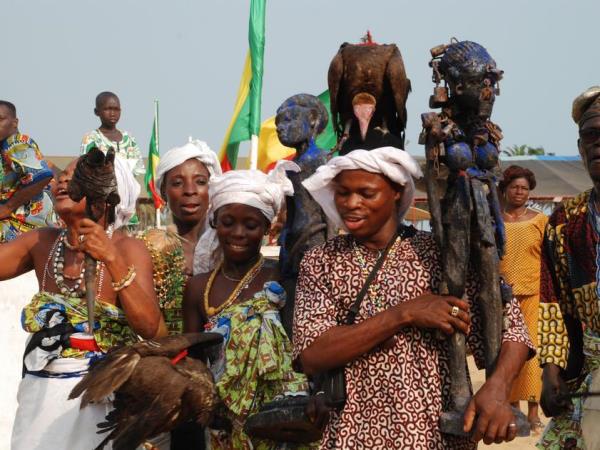 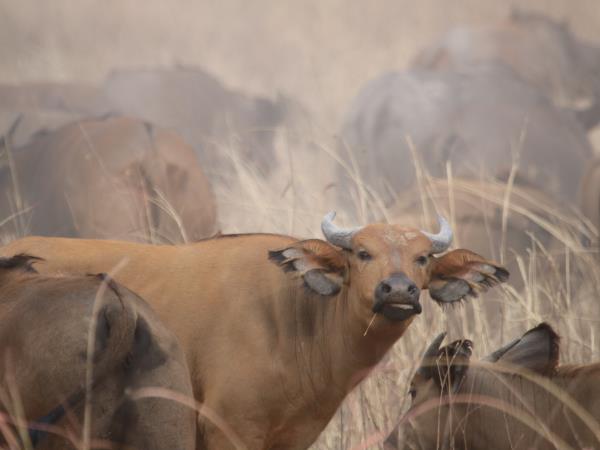 Jim OBrien, from our supplier Native Eye Travel: "All throughout Africa, but especially in West Africa where its less touristy, there is that underlying notion of colonialism. A lot of people dont like tourists to come in and treat them as objects because there is a history here where Africans have been treated as objects, really, in the past. In places like Kenya and Tanzania, its not really such a problem. But in the countries that dont receive as many tourists, theyre not so inured to it. So its especially important to be respectful  especially when it comes to taking photos of local people."

Treat others as you would be treated

Regardless of how ethical your tour operator is, there is only one way to travel responsibly in Benin  and that is with respect. We always urge travelers to consider their behaviour, their clothing, their language  but here, in a destination with high poverty levels and few visitors, it is especially vital. Every Western traveler here, whether they like it or not, is representing the West  and that has mixed connotations in West Africa, a region which has been battered and bruised by slave raids, war and colonisation. You only need to look at Benins relationship with its ancestors to understand why emotions still run deep; what for us is a historical event is for the Beninese a deeply personal attack whose scars are still visible.

Thats not to say the Beninese are hostile to visitors. For the most part you will be welcomed and well looked after. But it does mean that if you cross the line  photographing someone without their permission, disrespecting voodoo beliefs, flaunting your wealth  it can come across as deeply insulting, and you can expect an appropriate response.
What you can do
Fortunately the rules are simple: treat local people as you would wish to be treated yourself. Ask permission before photographing anyone  this includes children  no matter how much they may play up to the camera. Even better, if youd like to photograph a stallholder or craftsperson, purchase something from them as well, to create a fairer exchange.

Dress appropriately  you should be covered from shoulders to knees. Sarongs or pashminas are handy if you need to cover up further, particularly in places of worship.

Learn local greetings. At the very least, dust off your high school French. But it is far better to ask your tour leader how to greet people in local languages  being aware that these will vary as you travel around Benin. A simple hello, how are you? or thank you will go a very long way to breaking the ice  and showing respect.

Dont flash your cash. Regardless of how hard up you may think you are, in Benin you are rich beyond imagination. Your flight to West Africa alone is likely to have cost more than a teachers annual salary, so if you dont want to buy something in a market, please dont use the excuse that you dont have enough money. Even smoking in some communities can be taken as an ostentatious show of wealth; cigarettes being an expensive luxury.

Use your right hand for eating and for handing something to someone. The left hand is seen as dirty and holding it out to someone would be disrespectful  although as a foreigner you would be forgiven! Shaking hands is the usual greeting here.

If you are traveling to see the Vodoun Festival, or come across any other voodoo spectacles during your time in Benin, be sure you are aware of local taboos. There will likely be people dressed as gods  dont touch them or make eye contact, and follow what local people are doing as much as possible (being aware of any differences between how men and women are responding, too).

A trip to Benin is all about discovering local culture, and there will be several opportunities to get up close to communities, traditions and beliefs during your vacation here. The trouble with community tourism is that not everyone in the community may wish to be part of it. Ganvié is one such place. Its not hard to see why travelers are drawn here; it is a thriving town of 20,000 people  all of whom live in stilted bamboo huts in the middle of Lake Nokoué. Canoe trips across the lake allow visitors to witness daily life here  the fishermen, markets, children splashing around and playing in the huts. There is also a small hotel in the middle of the lake, and there are places to eat. However, many of Ganviés residents do not profit in any way from tourism and are understandably annoyed at the boatloads of tourists who cruise in, take pictures of them and leave.

The Somba villages in northern Benin reveal quite a different way of life. Their two or three-storey, mud brick buildings, called tata, are built like fortresses, with protective outer walls surrounding the compound, granaries, and conical thatched roofs. The Somba had little contact with outsiders until around 20 years ago; they wore traditional clothes, hunted and raised livestock. While initial impressions may be that little has changed, outside influences are creeping in, and the culture  and its unique architecture  is being threatened as young people move away, people choose to live in more modern homes, and non-traditional clothing, customs and beliefs are adopted. Tourists can visit some of the tatas with the permission of the chief of the compound, and this of course provides financial support for the family living there, as well as an incentive to maintain these traditions. There is also a local guesthouse which has been built in the style of a tata, so that visitors can have an idea of how it may be to live in this way. But as ever with this type of community tourism, it is a very delicate balance. The Somba should not become a tourist attraction, nor should they be forced to maintain their traditions purely to earn money from them. On the other, well managed tourism could provide incentives for local people to remain in this area rather than leaving for the cities, and to cherish some of their traditions that may otherwise be abandoned.
What you can do
In Ganvié, staying overnight, eating a meal in the lake and purchasing items from local traders can ensure your visit benefits more than just your skipper. To avoid friction, we would actually recommend putting your camera away  or taking it out only in the company of people you have already begun conversing with. Waste is also an issue on the lake, so avoid contributing to it by taking all your trash away with you.

If you do choose to visit a Somba village, be aware that you are entering someones home, and act accordingly. Take photos only with permission, and ensure you have the permission of the chief before entering. Agree on a fair fee (if not included in your tour price) and engage with people rather than just looking at them  try to ask questions about daily life of whoever is showing you around. Dont disturb anyone who is obviously not involved in the tour.

Benin is one of the few places in West Africa that has a thriving wildlife population  thanks largely to the creation of the W-Arli-Pendjari (WAP) complex which stretches across the borders into Niger and Burkina Faso. WAP forms one of Africas largest protected areas, at around 50,000km2, and it preserved migration routes and feeding grounds, connecting up different habitats and ecosystems, and as a result West Africas largest populations of lions can be found here, and half of all the elephants in the region.

However, this is far from a happy ending; WAPs story is still unfolding. Tracts of land around the complex are being turned into agricultural land*, particularly to produce cotton, which is notoriously water intensive. The fields are breaking up the wildlife habitat  and increasing the risk of human wildlife conflict, which can have devastating consequences. There are plenty of challenges here. Firstly, these are three very impoverished countries, and local people rely on agriculture to support themselves. Secondly, unlike game parks in other parts of the continent, WAP receives just a handful of visitors  nowhere near enough to generate enough income to support the management and protection of the park. And thirdly, without being able to see any economic benefit from the conservation of WAP, local people may well choose to illegally use its natural resources (fishing, hunting, harvesting timber) to support themselves.

What you can do
These are large, trans-border issues, covering social, economic and environmental problems. But as a tourist in Benin you can do your bit by visiting Pendjari National Park, paying your entrance fee, staying at a locally owned guesthouse or hotel near the park, and eating in the parks restaurant. Northern Benin receives even fewer visitors than the south, so your money will go a long way here. Ask your tour leader or vacation company if there are any local initiatives you can donate to or support  there may well be research or conservation projects which would benefit hugely from financial support. 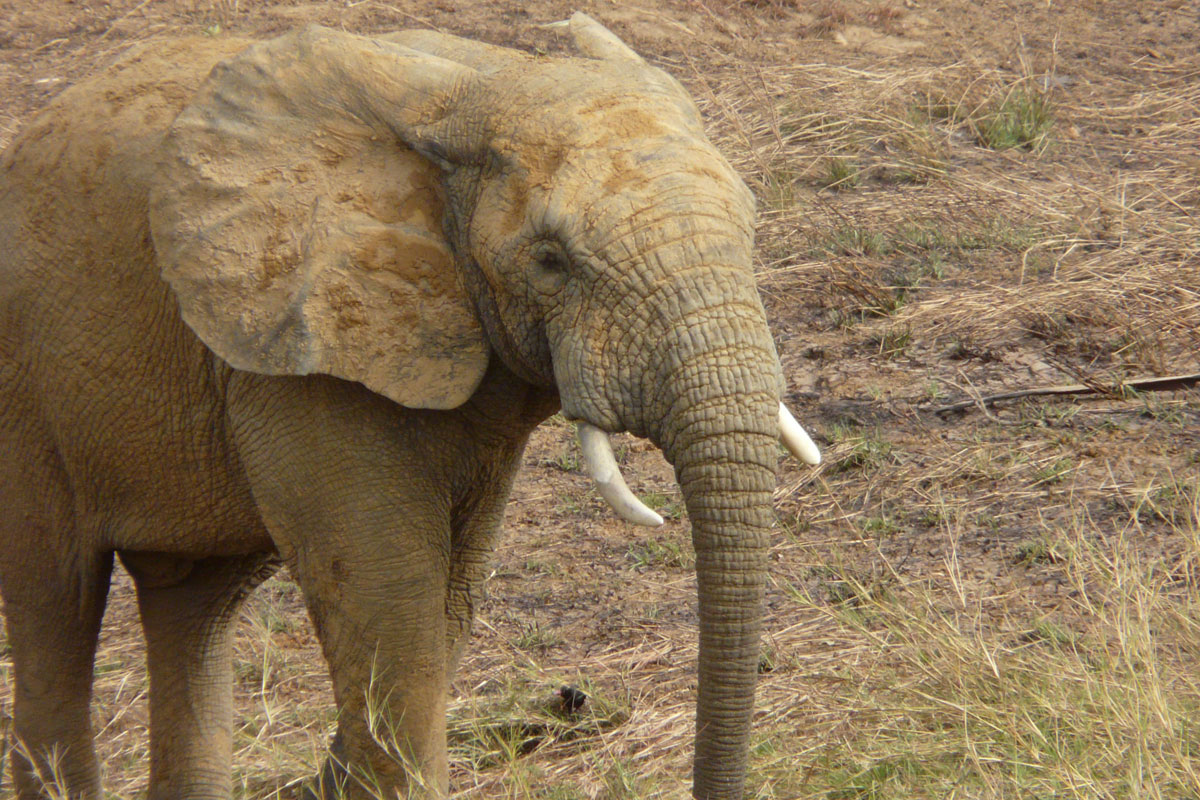 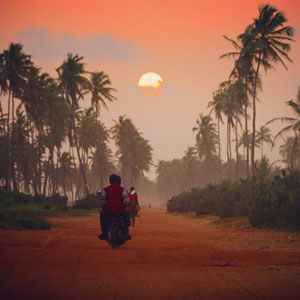 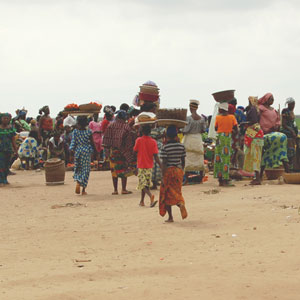 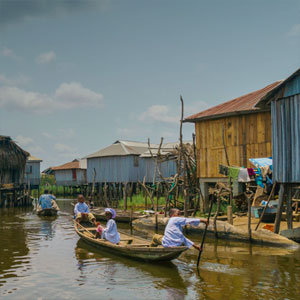 Benin map & highlights
Click on our interactive Benin map and highlights to learn more about this little-explored nation. 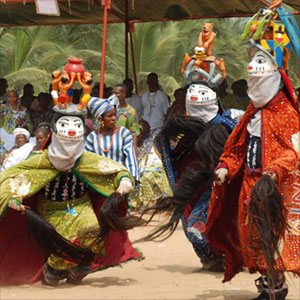 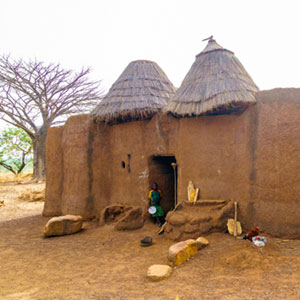 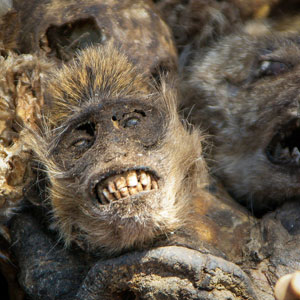 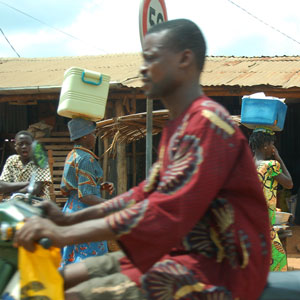 Benin vacation advice
Heres our top Benin travel advice and recommendations as shared with us by those who know the country best.