Jamaica has been described as the most homophobic country in the world, thanks to its brutal, archaic laws and cultural attitudes towards the LGBT community. Consequently, its no hotspot for LGBT vacations. Read on to find out more about the history of LGBT rights in Jamaica, and help you decide whether to choose this as a vacation destination.

Jamaica is the worst any of us has ever seen.

- Rebecca Schleifer from Human Rights Watch, in a report on the country's homophobia.

It is difficult to talk about the history of LGBT rights in Jamaica; it seems far more appropriate to describe it as a history of wrongs. In the earliest days of colonialism on the island, conservative British laws remained unenforced. Relationships between men were said to have been widespread, a consequence, perhaps, of the male dominated culture: plantation owners, colonists, slaves.
See all our Jamaica Vacations 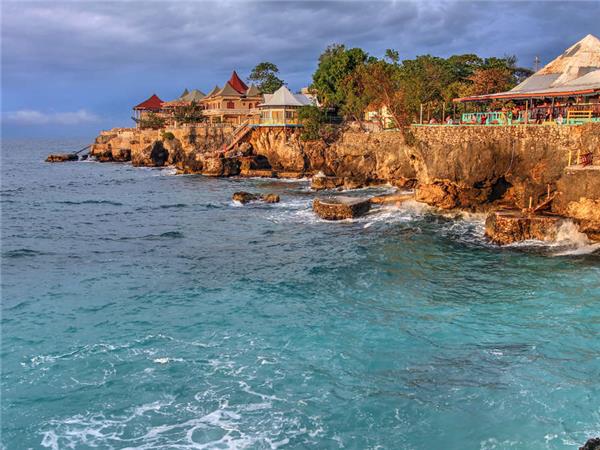 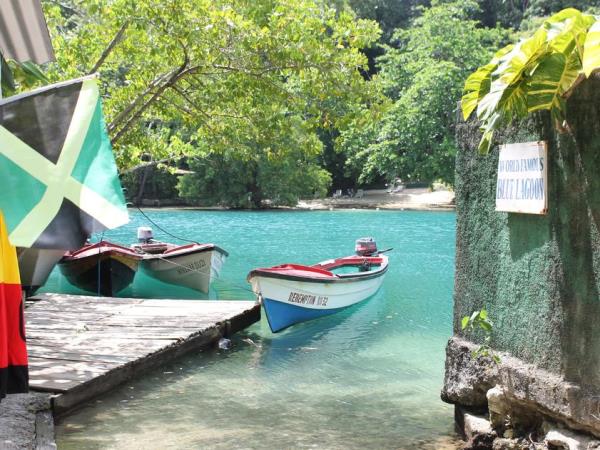 Venture beyond the tourist trail of Jamaica 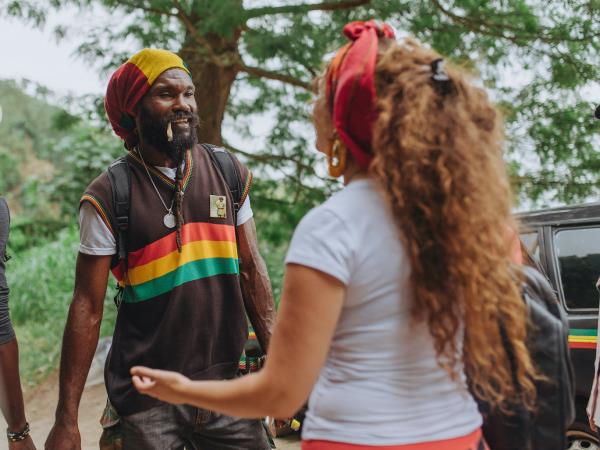 It wasnt until the Victorian era, in 1864, that the Offences Against the Person Act was introduced. This criminalised sex between men, any attempt by a man to have sex with another man, and gross indecency, whose definition is vague but could include men kissing or even holding hands. While the British finally repealed the law in 1967, Jamaica, which had gained independence five years before, never amended the act. It remains in place to this day.

The punishment for gay sex in Jamaica is up to 10 years in prison for hard labour, with a maximum of seven years for attempt and two years for outrages on decency. Sex between women is not a criminal activity.

Jamaicas homophobia may have originated in Victorian values, but today these beliefs are perpetuated thanks to the islands stereotypically macho culture. Male virility, physical strength and even aggression are held in high regard. These traits contribute to a culture of hypermasculinity, and they all stand in direct opposition to homosexuality and transgender identity.

Just as hypermasculinity permeates every aspect of Jamaican society, so too does this hatred of the LGBT community. In 2010, the University of the West Indies carried out a survey which showed that over 82 percent of Jamaicans believed male homosexuality was immoral. Gay men are referred to as batty man or batty boy, highly pejorative terms. Many Jamaicans are devout Christians, which contributes to the countrys anti gay stance. Rastafarians  who only comprise around one percent of the population  are more ambiguous in their attitudes towards the LGBT community, although a number of prominent Rastafarian leaders have expressed homophobic views. But in Jamaica, there is another influence that has contributed to the widespread and aggressive homophobia.

A 2014 study by the University of the West Indies revealed that the most reliable predictors of homophobic prejudice were being male, and a preference for dancehall music. Jamaicas most famous export, its music, is one of the worst promoters of homophobia, with dancehall and ragga tracks including lyrics which encourage attacking or killing gay men and women. Even reggae  famed for its one love message  has been criticised for its homophobic themes. In 2004, the activist group Stop Murder Music was founded to campaign against Caribbean artists who use their music to promote homophobic violence and murder. While this may have had little impact on attitudes in Jamaica, concerts have been cancelled around the world, award nominations have been withdrawn and funding for events and promotion has been pulled.

Its impossible to say just how seriously the aggressive lyrics have been taken by Jamaicans, but the fact remains that LGBT people are frequently victims of harassment, violent attacks and murder, as well as corrective rape for lesbians. More often than not, assaults and threats remain unreported as LGBT victims fear being arrested themselves under the harsh anti gay laws, so the perpetrators know they are unlikely to be brought to justice. Many homophobic crimes are dismissed as such, with the police claiming they were botched burglaries, for example. Equally as concerning is the HIV rate amongst men who have sex with men, which was estimated in 2014 to be close to a third. Those who are sick avoid seeking treatment due to the discrimination they would face, creating a vicious circle where HIV spreads rapidly through the community.

Sexual activity between women is not a criminal offence, but high levels of violence, including sexual violence, against lesbians have been reported. And of course, the hypermasculine culture means that transgender individuals are routinely stigmatised as well.

Across society  as university students, prison inmates, hospital patients  LGBT people are targeted. Some LGBT people have ended up sleeping rough after being rejected by their families or losing jobs; others face discrimination when seeking housing or healthcare. High profile figures have been murdered, including Brian Williamson, a founding member of LGBT activist group J-FLAG (see below), his friend and AIDS campaigner Lenford Steve Harvey, and Dexter Pottinger, known as the face of Jamaica PRiDE, who was killed in September 2017. We understand, of course, that not all Jamaicans are homophobic, and many more will not condone acts of violence. But the attacks are widespread enough for this to have become a dangerous and frightening place to be gay, lesbian or transgender.

Despite condemnation by the UN, human rights groups and governments around the world, Jamaica has so far taken no steps to review its laws, or to bring into effect legislation which would protect the LGBT community. In terms of popular culture, some Rastafarian artists have begun to use music to spread messages of support for LGBT people, and in 2011, the first pro gay reggae album, Tolerance, was released by Mistah Majah P, a Jamaican musician based in the US. This is an important step, as the Rastafarian movement has traditionally not supported gay rights.

Since 2015, PRiDE Jamaica has taken place in Kingston during the first week of August. Although there are no parades due to safety concerns, the event is still hugely symbolic, especially as it coincides with national celebrations marking the end of both slavery and British colonial rule. PRiDE is organised by J-FLAG (the Jamaica Forum for Lesbians, All-Sexuals and Gays), a Jamaica-based human rights organisation that promotes the needs of the LGBT community. It was founded in 1998 and is the highest profile LGBT organisation in the country. J-FLAG describes its mission as To promote social change by empowering the Jamaican LGBT community and build tolerance for and acceptance of the LGBT community by the wider Jamaican society.

It would be understandable if LGBT travelers  or indeed, travelers of any orientation  wished to boycott Jamaica as a result of its homophobic stance and persecution of the LGBT community. However, we also believe that sexual orientation should not be a barrier when it comes to travel, and no one should feel excluded from a destination because of their gender or sexual preference.

In some countries with anti gay laws, foreigners are afforded a kind of protection from harassment by the public and by the authorities. In November 2017, the Jamaican tourism minister Edmund Bartlett declared that LGBT travelers should feel relaxed traveling to Jamaica. Its tourism for all in our country, regardless of gender, religion, handicap, or sexual orientation. However, reports by LGBT tourists reveal this is not the case.

One challenge of traveling to Jamaica as a gay person  especially for men  is that the only really safe places are the resorts around Negril and Montego Bay, many of which have a policy of being open to all couples. However, anyone hoping to leave the confines of the resort will need to act extremely discreetly to avoid attracting attention to their sexual orientation (or transgender identity). In addition, some of those which are branded as family resorts may be less welcoming towards LGBT visitors. Of course, if you travel solo, particularly as part of a small group tour, youre likely to be under the radar and should not attract negative attention. But LGBT couples wishing to take a vacation to spend time together and celebrate their relationship would be advised to choose another country, for their own safety and peace of mind.

How can I support LGBT rights in Jamaica?

J-FLAG is doing excellent work to promote LGBT rights. You can donate to J-FLAG here.

Planting Peace works to provide meals to homeless LGBT youth in Kingston, many of whom tragically end up living in sewers.

Read more in our guide to LGBT vacations 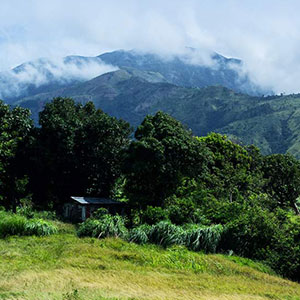 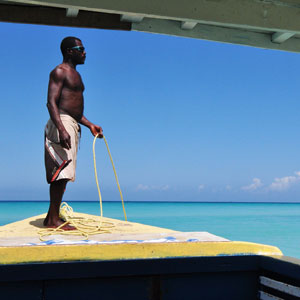 Best time to go to Jamaica
The best time to visit Jamaica is between December and April but read on to find out about more about temperature, rainfall and local celebrations. 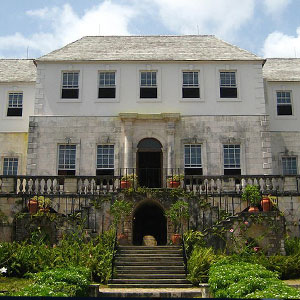 Jamaica map & highlights
Our Jamaica map and highlights page details some of the most rewarding destinations in the region, from low-key beach towns to mountain trails. 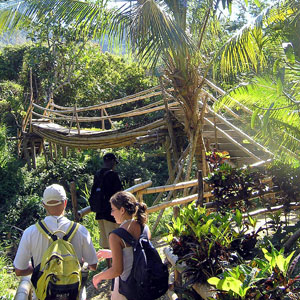 Small group tours in Jamaica
A small group tour in Jamaica will get you out of the resort bubble, but also free you from the hassle of negotiating frenetic roads, bus timetables and chaotic cities by yourself. 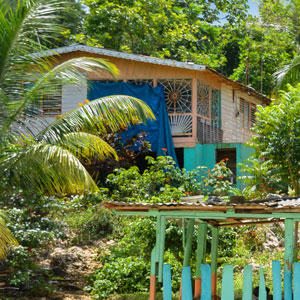 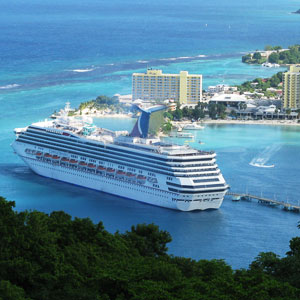 Responsible tourism in Jamaica
Tourism is Jamaicas lifeblood, but the need to cater for the large numbers that visit each year has given rise to a range of tourism models, from the good, to the bad and the ugly.

Contact us - call or email Call us from anywhere No queues or automation Sign up to our newsletter
Photo credits: [Page banner: Yannis Papanastasopoulos] [Top box: Jorn Eriksen] [Flag in pocket: Charlotte Butcher]
Back to the top