Responsible tourism in the Northern Territory

Responsible vacations to the Northern Territory are powerful things. Read on to find out how you can support Aboriginal Australians as a tourist, show the government that wildlife is more important than mining in Kakadu, and stay in back-to-nature bush camps that give a whole new meaning to the phrase dawn chorus.

Responsible tourism in the

The Northern Territory is the fastest growing of the Australian territories. Mostly uninhabited, this vast regions economy flourishes thanks to one thing: mining. Think you dont have the power to change that as a tourist? Think again. Visiting national parks and supporting original landowners like the Aboriginal Australians and Torres Strait Islanders are just a couple of the ways you can make a difference. Read on to find out more about how responsible tourism can help protect the people, parks and wildlife of the Northern Territory. 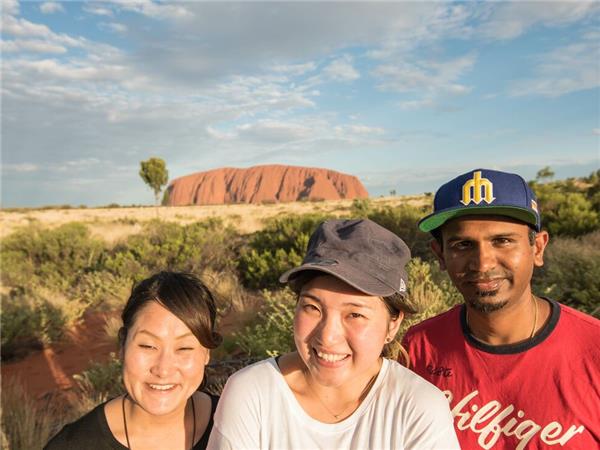 Uluru and the Olgas tour in Australia 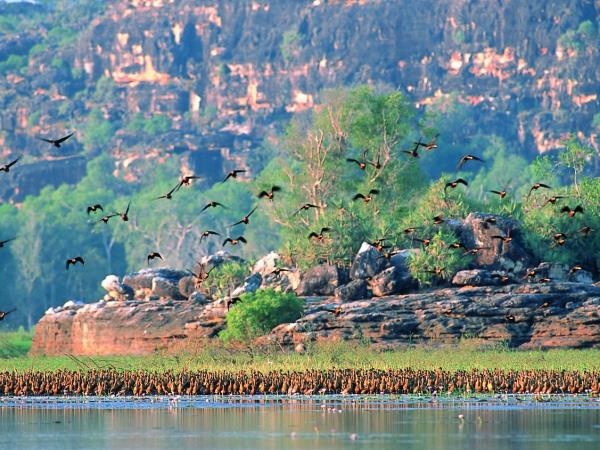 Explore the Kakadu and Arnhem Land on this epic safari trip 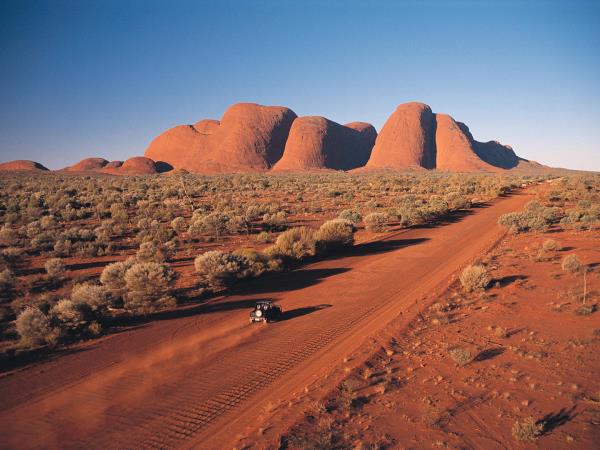 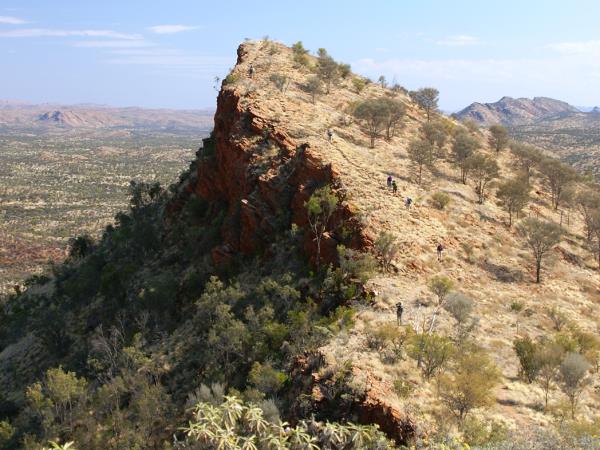 Larapinta trek in the Northern Territory 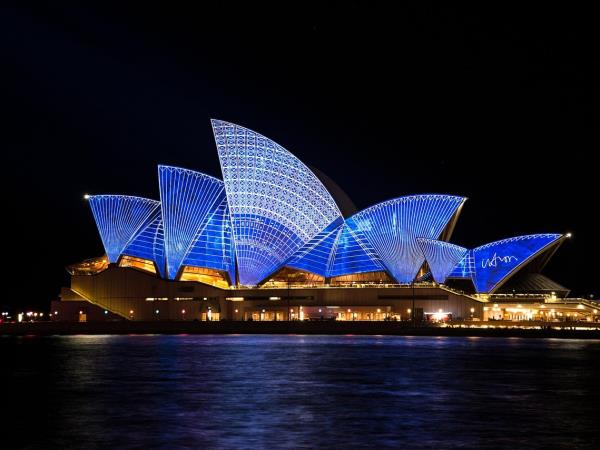 Experience the outback and coastal life in comfort & style. 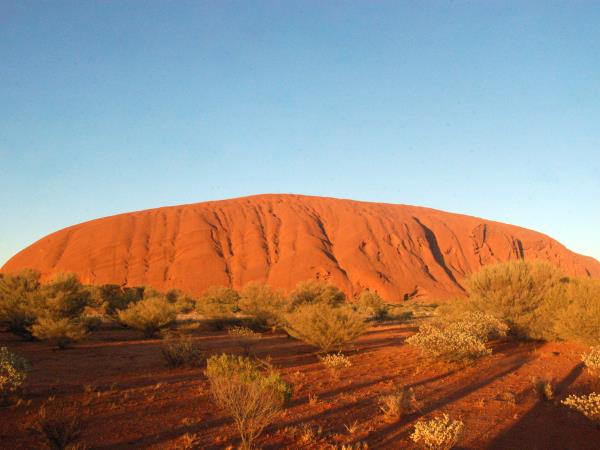 A wildlife tour of Australia's rainforests and wild outback

Aboriginal rights in the Northern Territory

To understand the problems that Aboriginal Australians face today – and learn how your vacation choices can help them – you have to understand the history of the Northern Territory. Aboriginal Australians are thought to be the oldest living civilisation in the world. They’ve lived continuously in Australia for around 58,000 years, unwavering as transient European and Indonesian explorers came and went. It wasn’t until the 19th century that settlers started to stick, tempted by farming and mining opportunities. That’s when the tides turned against indigenous communities in the Northern Territory.

Land confiscation for cattle farming was widespread. The protest killing of cattle by Aboriginal Australians was parried with violent revenge from white settlers, who often hired armed gangs to shoot indigenous people seen as a threat. The gold rush era followed, kicking off the development of railways and cities.

The government and missionaries followed hugely damaging assimilation policies in the 20th century. They resettled rural Aboriginal Australians in suburban housing or town camps; they also removed Aboriginal children into white families in a disastrous attempt to absorb indigenous people into the general population. Those that remained on Aboriginal land were – and still are – largely neglected by the government, with access to standard housing, electricity and healthcare often limited.

Aboriginal Australians also battle with substantially higher unemployment levels, low income, substandard and overcrowded housing, low school attendance rates, and high population turnovers – which all contribute to high rates of crime. To top things off, the justice system has failed both victims and defendants; a Northern Territory judge was heard using racially derogatory terms against Aboriginal Australians in court as recently as 2019. Government programmes have been set up to support Aboriginal communities, but campaigners say that they’re chronically underfunded.

But there is power in tourism. Aboriginal Australians are finding culturally fulfilling job opportunities as hiking and wildlife guides. Through tourism, they have the chance to share their stories and situation to a wider audience – and get paid a living wage for it. Tourism has the potential to return power to people who have been pushed aside for the last 150 years. Aboriginal tourism – when done responsibly – can lift whole communities out of poverty.

The Northern Territory is a treasure box of uranium, bauxite, lead, silver, gold, zinc, manganese, and even diamonds. Kakadu National Park is a prime example of how Aboriginal and environmental campaigns often work together. Spills, leaks and deforestation have damaged environment and Aboriginal land. But the traditional owners, the Djok clan, campaigned to include the mined Koongarra Project Area within Kakadu National Park – and won. It’s set a precedent. Elsewhere in the Northern Territory, Australia is to be sued over mining projects that have cracked into indigenous lands without permission.

The promises never last but the problems always do.

 Senior Traditional Owner Yvonne Margarula
Mining on Aboriginal land might be getting trickier, but drilling for onshore and offshore petroleum and natural gas is on the up. Sprawling hydrocarbon reserves are tapped in the Timor Sea and Amadeus Basin. And despite a fracking ban in the Northern Territory in 2016, drilling for shale gas is ready to go again, despite worries about the impact on water supplies and Aboriginal camps. But environmental and indigenous protests often dont stand a chance when a government discovers that they have around six trillion cubic metres of shale gas under their feet.

When the Northern Territory declared a climate emergency in 2019, it gave environmentalists a smidgen of hope. After all, the territory had just experienced one of the driest wet seasons on record. Finally, it seemed like the government officially recognised the need to cut fossil fuel extraction and drastically reduce greenhouse gas emissions. But the drilling goes on. The worlds largest solar farm is going to be built in the Northern Territoryto provide energy to Singapore. Somehow, the NTs climate emergency declaration doesnt quite ring true.

But youre just a tourist  how can you hope to battle against the government and mining industry? Believe it or not, by traveling there. Tourism has long been one of the most vocal and powerful champions of a countrys precious natural environment.

NT also has the highest density of saltwater crocodiles on the planet. These supersized crocs are evolutionary masterpieces infamous for their ‘death roll’ hunting tactic. It’s vital that you abide by park signage, stay away from the water’s edge and avoid swimming in their territory. Even smaller freshwater crocs will give you a nasty nip if you accidentally disturb them. It’s worth noting that despite their reputation and proximity to human habitation and waterways, only 14 people have died from crocodile attacks between 2005 and 2014 in the Northern Territory.

Camels are a divisive subject, too. Shipped in as labour animals in the 19th century, they’ve taken to the Northern Territory desert like a saltie to water. Populations have billowed. Each camel can down 100 litres in 10 minutes; they strip trees and grassland vital to native kangaroos, birds and reptiles. Culling has had limited impact, and is often done from helicopters. There’s no way to know whether a camel is killed as humanely as possible. It’s an ongoing challenge for the Northern Territory Outback.

Encouragingly, wildlife tours and cultural tourism are the strongest elements of the tourist industry in the Northern Territory – despite the government’s efforts to build massive resort hotels and casinos.
What you can do

Pippa Collins, an Australia specialist at our partners Audley Travel, lived and worked in Kakadu National Park. She has some wise words of advice: Ensure that the necessary permits are purchased for visiting the national parks, as the fees go towards ensuring the upkeep of these areas. Be respectful. The national parks are still home to many aboriginal communities, so dont litter, wander from the main pathways or light fires, as these soon spread in such dry conditions. If visiting Kakadu, I recommend the first stop as Bowali visitor center, as they can advise of road conditions and anything else you might need to be aware of in terms of health and safety.
Aimy Hasson, from our luxury adventure specialists Lekker Boutique Travel, offers these tips:
Please always respect the Aboriginal culture, do not climb Uluru, and respect sacred sites! Dont waste water. Do not leave any rubbish behind and do not take anything from National Parks  no rocks or plants.
David Thomson, a Northern Territory expert with our small group adventure specialists Intrepid Travel, says:
Please make sure you ask local people for permission before taking photos. Its also most important that you remain hydrated on our trips. We encourage you to bring along a two-litre long-life water vessel and refill it, rather than buying plastic water bottles en route. 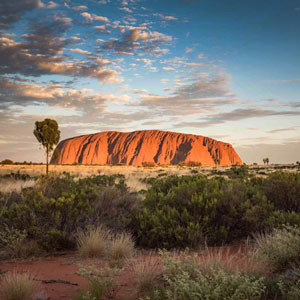 Northern Territory travel guide
Sometimes mistakenly called the Northern Territories, this vast region of north and central Australia is singular rather than plural, despite boasting a wide array of landscapes 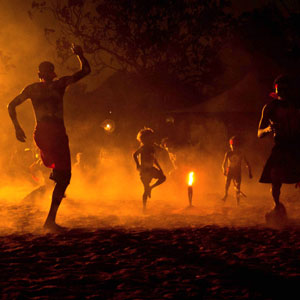 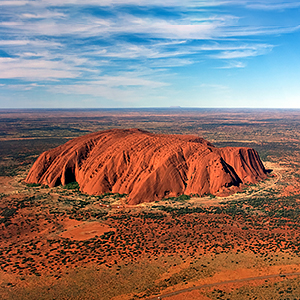 Things to see & do at Uluru
Vacations to Uluru (formerly Ayers Rock) give you the lowdown on one of the most famous places in Australia. 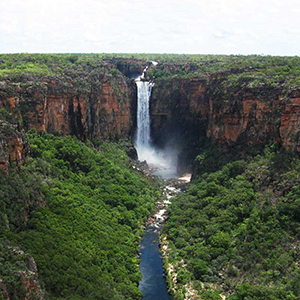 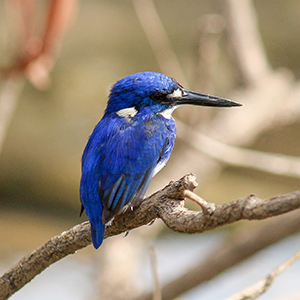 Northern Territory wildlife
Nature is still sovereign in the Northern Territory, so youll be among 100,000 saltwater crocodiles, near-sacred black wallaroos, and the worlds largest camel herd. 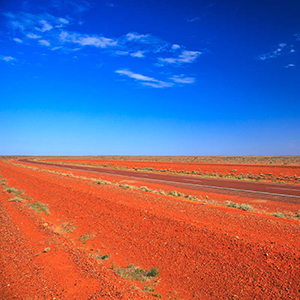