Best time for a family vacation in Sri Lanka

The best time for family travel in Sri Lanka definitely combines well with school vacations. Read more below about how to avoid the monsoons, how to catch the migratory whales, how to avoid the crowds, and when to have the best wildlife experience.

Best time for a family vacation in Sri Lanka 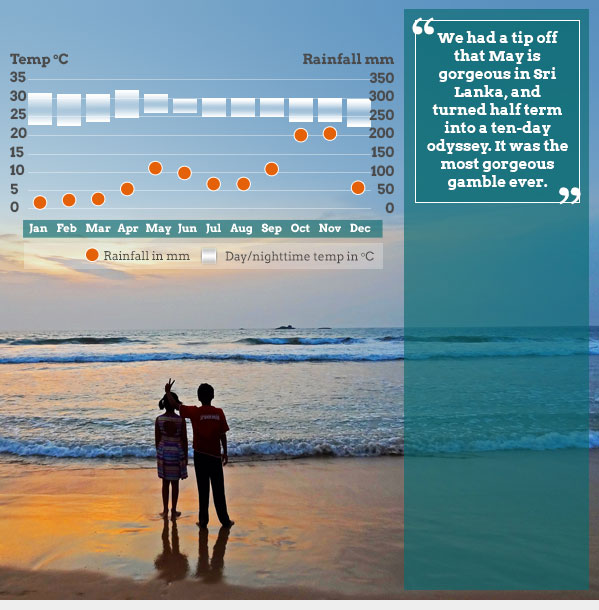 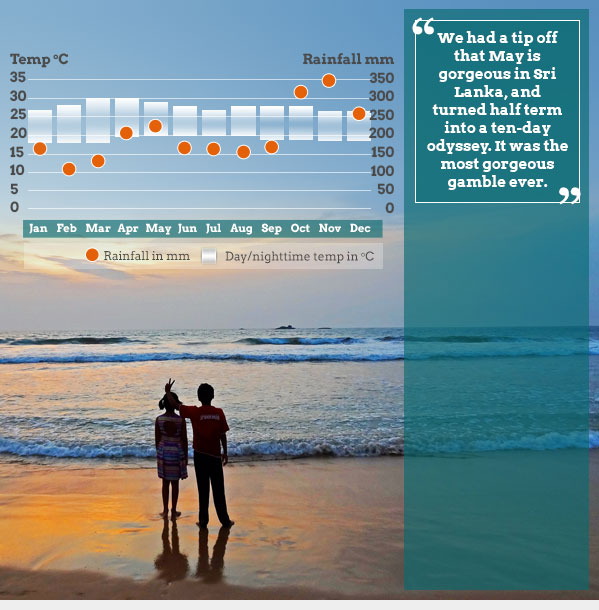 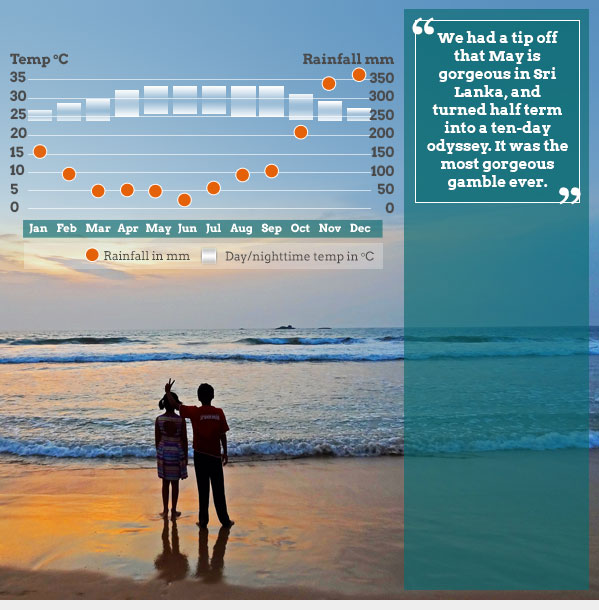 In terms of school vacations, the northern hemisphere summer break is the perfect time to go to northern Sri Lanka. This region is rain free in Jul-Aug, although its monsoon season down south. It also means you can get a good long break in. Christmas is gorgeous, as is Easter in the south, with dry, hot weather Dec-Apr, but you need to book well in advance and prices do hike. If you can wangle a ten-day break in May half term, thats a wonderful option. Flights are cheaper and it is just before the southern monsoon, late May-Jul.

When to go to Sri Lanka on a family vacation

Christmas vacations are busy in the southwest, booking up months in advance. However, volunteering in elephant conservation during that time will take you well away from the crowds.

Even though the Cultural Triangle is in a drier region, it still gets the monsoon November to December.

If you are heading to Yala National Park, February until June or July are great, as it is hot and the animals come out to drink. Combine with a Northern beach vacation to avoid southern monsoon.

The best time for whale watching in Sri Lanka is during the Christmas vacations or February half term, as they pass through late November to mid march, with as many as ten species enjoying the waters around Mirissa and Galle in the south, or Kalpitya Peninsula in the north. For blue whales, they have a big and beautiful window from February to mid March, so you can take your chances depending on half term dates.

May half term vacations, or early summer vacations are great for spotting sloth bears in Wilpattu and Yala National Parks. It is when they have their picnics on the palu tree fruit which comes out at this time.

The best time to visit the land of the lakes, or Wilpattu National Park, is May to early September during the drought, when animals are drawn out to their waterholes.

WHAT HAPPENS WHEN IN SRI LANKA

John Beswetherick, Managing Director of our supplier Tikalanka (UK) Limited: Although November until April is the key season, I feel that May is absolutely superb, all around the country, as it is outside both monsoon seasons. And it is the quietest time of the year too, so you can have a really good vacation, and yet it is still considered low season.

Liddy Pleasants, Managing Director at our supplier Stubborn Mule Travel: "The east coast beaches are starting to open up again since the head of the civil war. The best time to visit these beaches is actually during the European summer, unlike Sri Lankas southwest beaches, which are best visited in winter. This is great for families who want to come here during the school summer vacations. And at the moment, because they are undeveloped, the east coast still has those idyllic tropical beaches."
Helene Cooper from Stubborn Mule: They have lots of local festivals, or poyas. These arent like Bank Vacations. They have them at least once a month, maybe more. On those days the whole country goes mad, there is traffic everywhere, fireworks and local festivities. It isnt that they are to be avoided; I would embrace them, but just be aware that things might not go according to plan on those days.

OUR CULTURAL PICKS FROM THE SRI LANKAN CALENDAR

Did you know about?

Adams Peak Pilgrimage
Definitely one for teenagers  and fit ones, too  the pilgrimage season for climbing to the top of this sacred mountain starts at the full moon (Poya) in December and finishes during the full moon in May. Every year, thousands of Buddhist, Christian, Hindu and Muslim pilgrims climb up 5,500 steps to 2,243m. During the season it is illuminated, as most want to trek at night to see the sunrise from the summit.
Photo credits: [Temp chart: Rajeev Rajagopalan] [John Beswetherick quote: Roman Cherednychenko] [Helene Cooper quote: mark gallagher] [Adam's Peak Pilgrimage: Gerald Pereira]
Written by Catherine Mack
◄ 2 min summary | Map & highlights ► 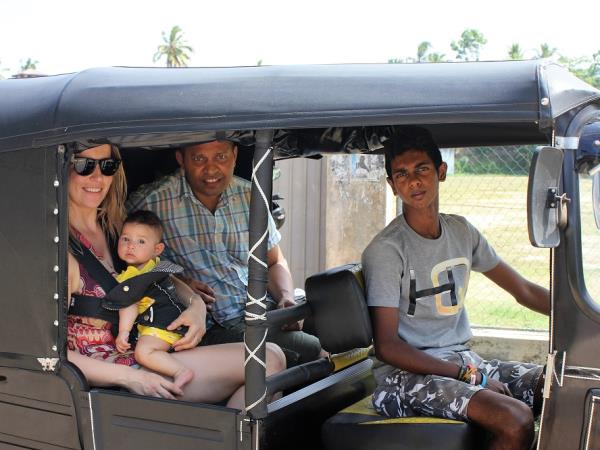 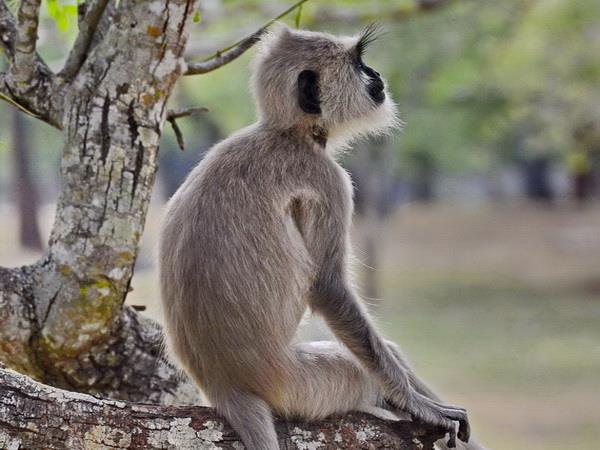 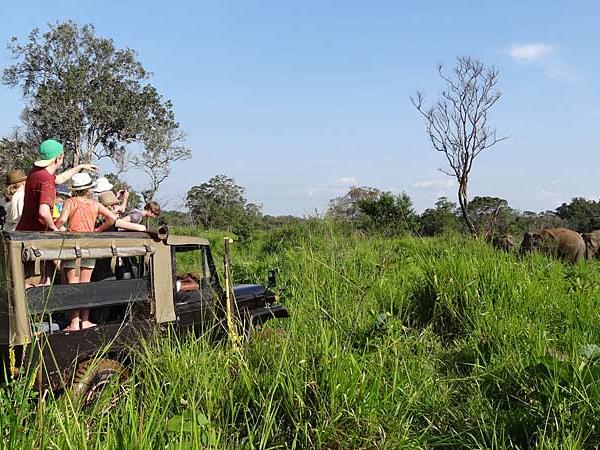 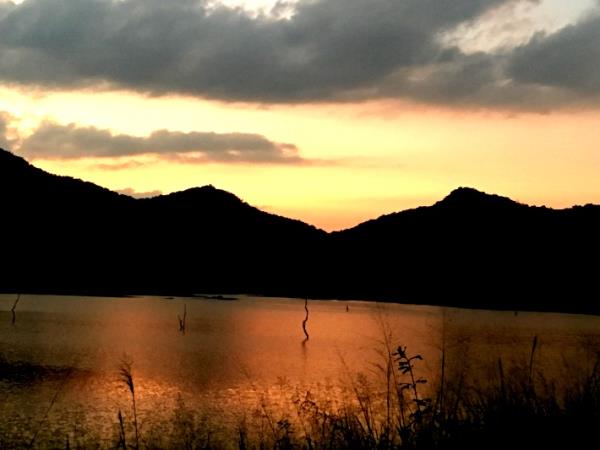 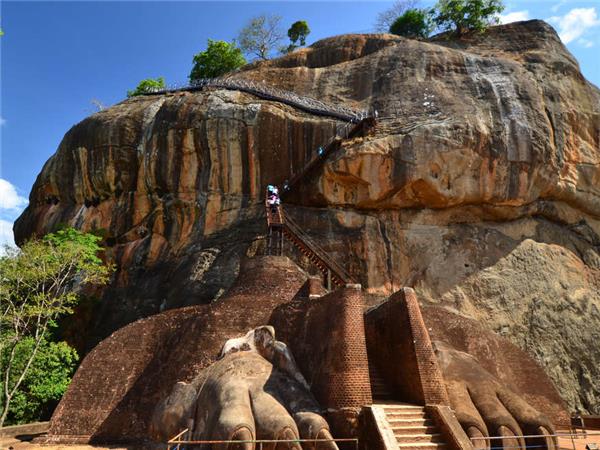 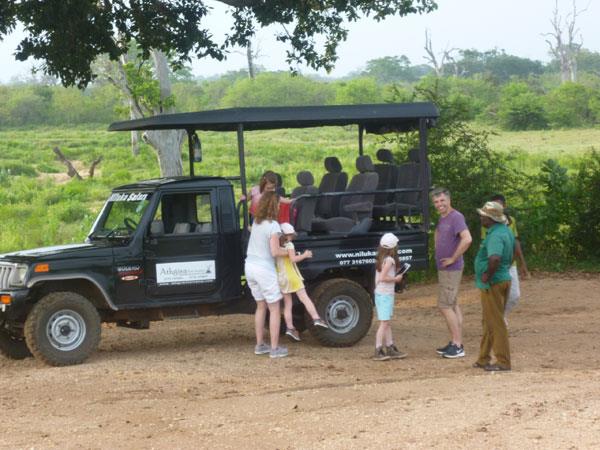 Off the beaten track family activity vacation in Sri Lanka 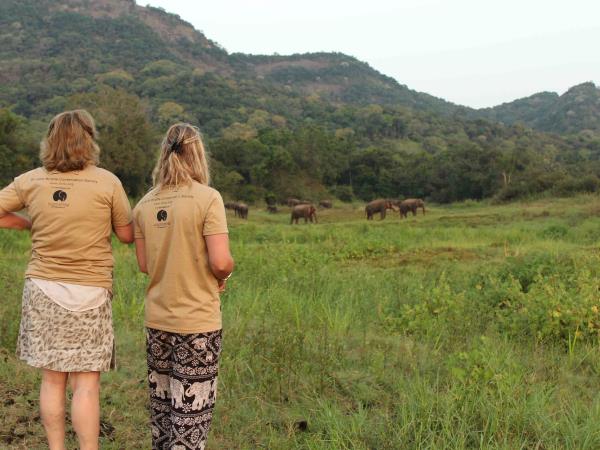 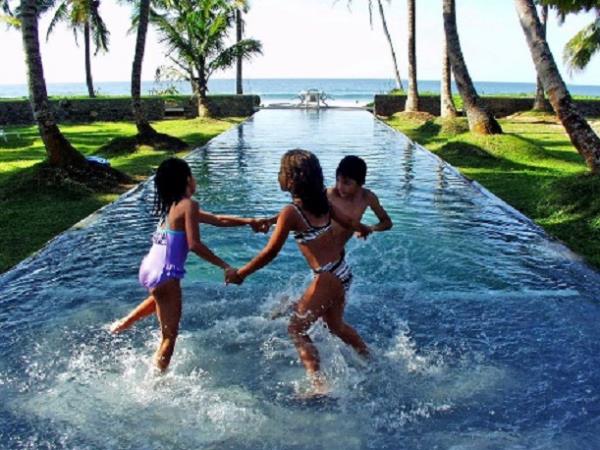 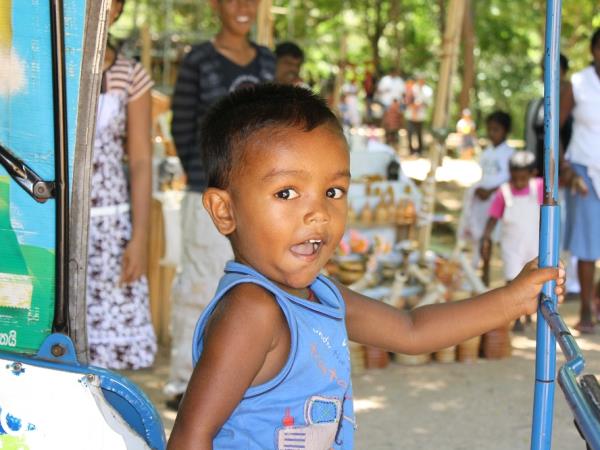