Why choose a family tour to Thailand?

Think of taking the kids to Thailand and youll likely imagine a leisurely break by the beach - but choose a Thailand family tour and things could get a whole lot more interesting. Read on to find out why an organised trip is the way to go when visiting this diverse and beautiful nation.

Why choose a family tour to Thailand?

Thailands beaches are legendary for their beauty, with millions of tourists heading here every year to frolic in the waters or just lie comatose on the sand. And while theres much to be said for sunbathing, swimming and snorkelling, youll get more out of your family vacation if you get to know Thailands other natural attractions, as well as its cultural high points.

The best way to achieve this? Taking an organised small group or tailor made family tour. Youll get to all the places that other tourists dont reach, whether that means spending time in a low-key homestay in Thailand's northern mountains or hiking the trails on one of the oldest rainforests in the world. And whats more, an experienced operator will help you negotiate the logistics so that your family adventure is not only hassle free but responsible too.
See all our Thailand family Vacations 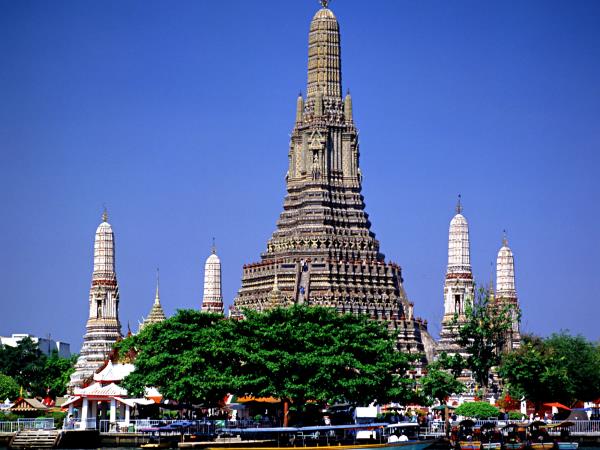 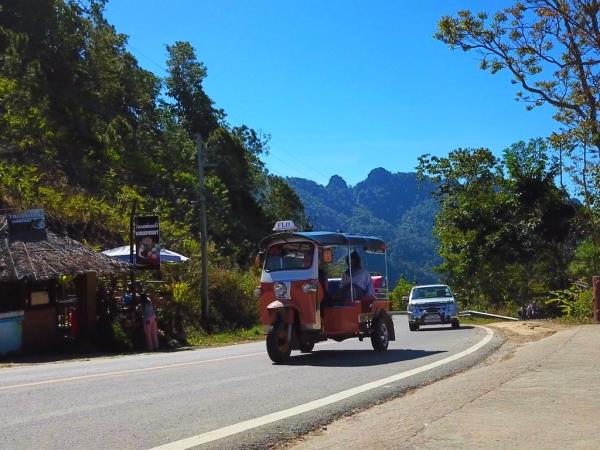 A Tuk Tuk Adventure in the stunning mountains of Thailand 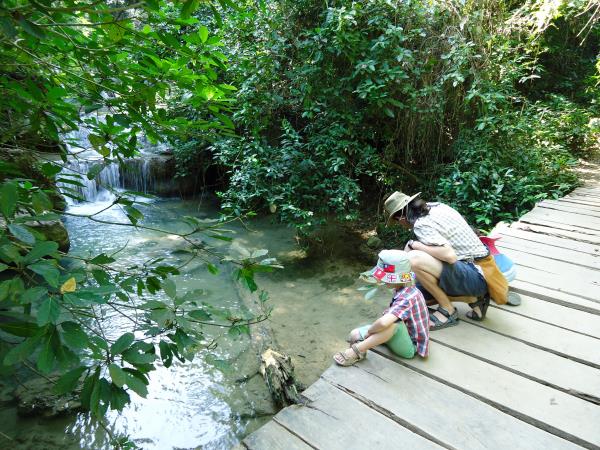 A fabulous family vacation including the best of Thailand 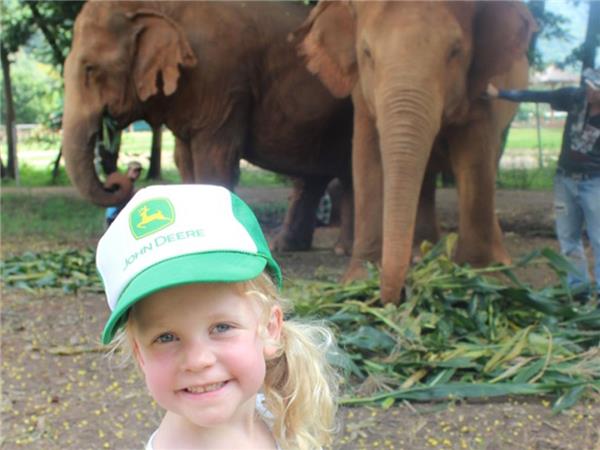 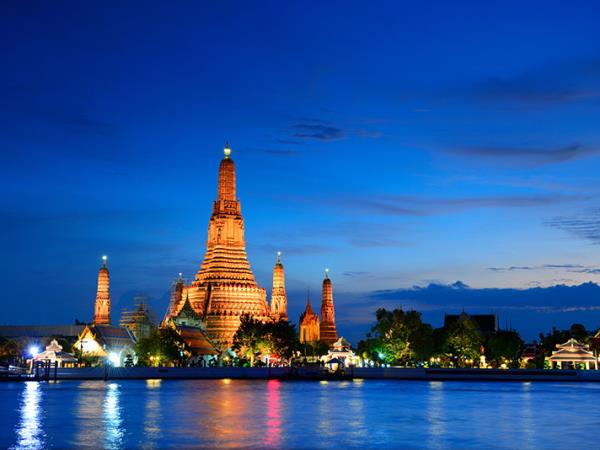 Activity packed family vacation in the land of smiles. 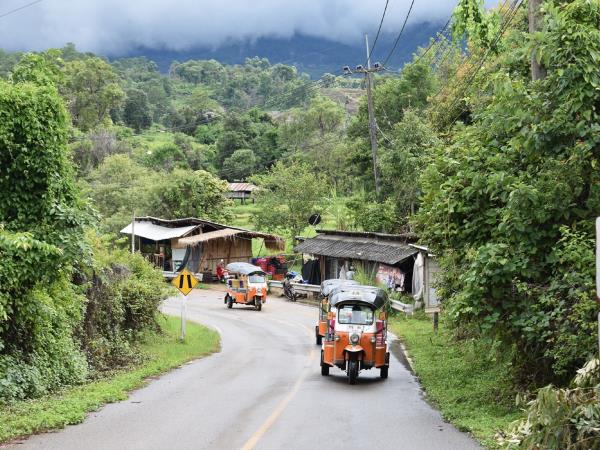 Learn to drive a Tuk Tuk & vacation in Thailand

A unique adventure in the mountains of Chiang Mai

What do Thailand family
vacations entail?

Tailor made vacations allow greater freedom of choice and you work with your tour operator to come up with an itinerary that meets your budget and preferences. You wont be tied to minimum age requirements, so youll be able to include toddler or preschooler friendly activities and build in plenty of down time, too. While you wont have a dedicated tour leader on hand all the time, youll have a range of trusted English-speaking drivers and guides along the way, and your operator will always be available to help if anything should arise.

If you fancy traveling in Thailand with other families, small group vacations (around 15 to 20 people per group, or three to five families) are ideal, and are typically available for kids aged seven or older. They include a tour leader throughout so you don’t have to worry about tickets, languages and travel times, which can make the whole family travel experience that little bit more relaxing. There’s also time built in to explore on your own if all the socialising gets a bit too full on. These are often multi-country trips, with time spent in Cambodia or Vietnam, too.

One of the benefits of an organised family tour to Thailand is the chance to get active in a beautiful part of the world, and operators will ensure that you move seamlessly from one heart-pumping activity to the next. Water based adventures could involve snorkelling around the reefs of the Gulf of Thailand, kayaking through mangroves along the Andaman coast or white water rafting on rivers near Chiang Mai. If you're more of a landlubber you could explore Bangkok or Chiang Mai by bike, try hiking through ancient jungle at Khao Sok National Park, or climb, zipline and explore limestone caves near Kanchanaburi.

Many organised family tours to Thailand focus on getting to know the local people, and going with a responsible operator means you won't end up inadvertently visiting a human zoo  where, for example, tourists gather to gawp at and take pictures of long-necked women.

Both small group and tailor made tours build cultural encounters into their itineraries. This could mean spending time with the hill tribes of northern Thailand, sharing a meal or a game of football in a local village, taking a cooking lesson at a school in Chiang Mai or Bangkok, or simply visiting temples, palaces and war memorials in order to get to grips with the countrys history.

From US $1820 14 days ex flights
Read 43 reviews
Tailor made:
This trip is only for tailor made departures throughout the year to suit your requirements

Thailand may not be famous for its wildlife but there’s still plenty of animal action to be had here and it’s even easier to discover on a family tour. Khao Sok National Park protects one of the oldest and most biodiverse jungles in South East Asia, with a rainforest that has more years under its belt than those of the Amazon or Central Africa. The diversity of wildlife is stonkingly good, and includes elephant, monkeys, tigers and Malaysian sun bears as well as around 180 bird species, including colourful hornbills and kingfishers.

Ang Thong National Marine Park, meanwhile, is an idyllic archipelago and former pirate hotspot whose reputation is now pegged on its limestone islands, castaway bays and virgin rainforest, as well as its population of sea otters, monitor lizards, dolphins and wild pigs. And Khao Yai National Park is a 2,000km2 wonderland of wild elephants, clouded leopards, monkeys and bats, as well as fantastic plant and bird life.

Perhaps the most memorable experience for kids though, is spending time with elephants – say, at a forest elephant conservation project at the center of a small hill tribe community, the Elephant Nature Park in northern Thailand or at a refuge dedicated to rescuing abused elephants from the streets of Bangkok.

Going on a family tour to Thailand ensures that youll fully avoid the beach resort curse - no international buffets or dashing for sunbeds allowed. Instead you'll stay in carefully selected, responsibly run and, for the most part, locally owned hotels, guesthouses and homestays. And they wont be pedestrian in nature either. Offbeat sleeping arrangements could include overnight desert island camping, a simple homestay in a Karen hill tribe village, glamping near a forest elephant sanctuary, riding the rails on a sleeper train to Chiang Mai, or sleeping in a floating, electricity-free bamboo lodge on the River Kwai thats only accessible by longtail boat. 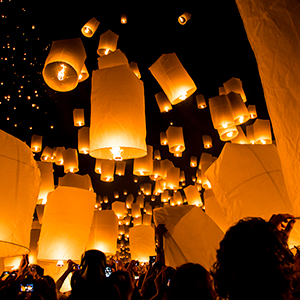 Best time for a family to go to Thailand
We give you the low down on the best time to go on a family vacation to Thailand, whether youre looking to spend the bulk of your time on the coast, or head up to the countrys hills. 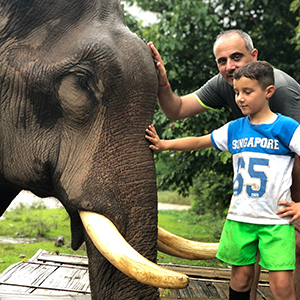