There are various things to take into consideration when it comes to responsible tourism on a walking vacation in England. Many of our vacations take you through protected areas such as national parks and Areas of Outstanding Natural Beauty, so being responsible means not only ensuring good environmental practices, but also respecting communities living in these regions. Read more of our thoughts below.

Most England walking vacations take you through protected areas of some sort, be it the South Downs National Park, the Peak District National Park or the Surrey Hills Area of Outstanding Beauty along the Pilgrims Way. These prolific protected areas not only focus on conservation but also on local culture and community. Sustainability is at the core of these regions and we encourage walkers to incorporate this into their vacation plans too, from respecting and supporting local farmers to walking out of season when tourism income is very welcome in our favourite rural spots. And of course, walking responsibly in a way that protects wildlife, habitats and carefully managed landscapes.

Balancing the needs of People & Culture

Balancing the needs of the community and the interests of the natural environment is a challenge in many of the regions favoured by walking vacations. For example, for many people the South Downs National Park is a crucial and irreplaceable green lung very close to the capital city, and a source of key resources such as water, timber and food crops. To others, its a barrier to development which just adds pressure to the overcrowded roads and urban areas immediately outside its boundaries. Difficult decisions therefore need to be made by various authorities and they are often political.

Since the South Downs National Park was gazetted in 2011, it has successfully blocked a request from an energy company to set up a fracking operation. However, it has also opposed the Rampion Offshore Wind Farm, whose 175 turbines will be visible from the Sussex Heritage Coast. The project will require cables to be laid through the fragile chalk grasslands of the National Park which, as Trevor Beattie, SDNPA Chief Executive, has pointed out, is a rarer habitat than the Amazon rainforest. The government has, nonetheless, given the go-ahead to this development, arguing that it will produce enough renewable energy to power approximately 450,000 homes.

George Monbiot on the Lake Districts designation as UNESCO World Heritage Site in 2017: World heritage status will make attempts to defend our natural heritage much harder. It will be used to block efforts to reduce grazing pressure, protect the soil and bring back trees. 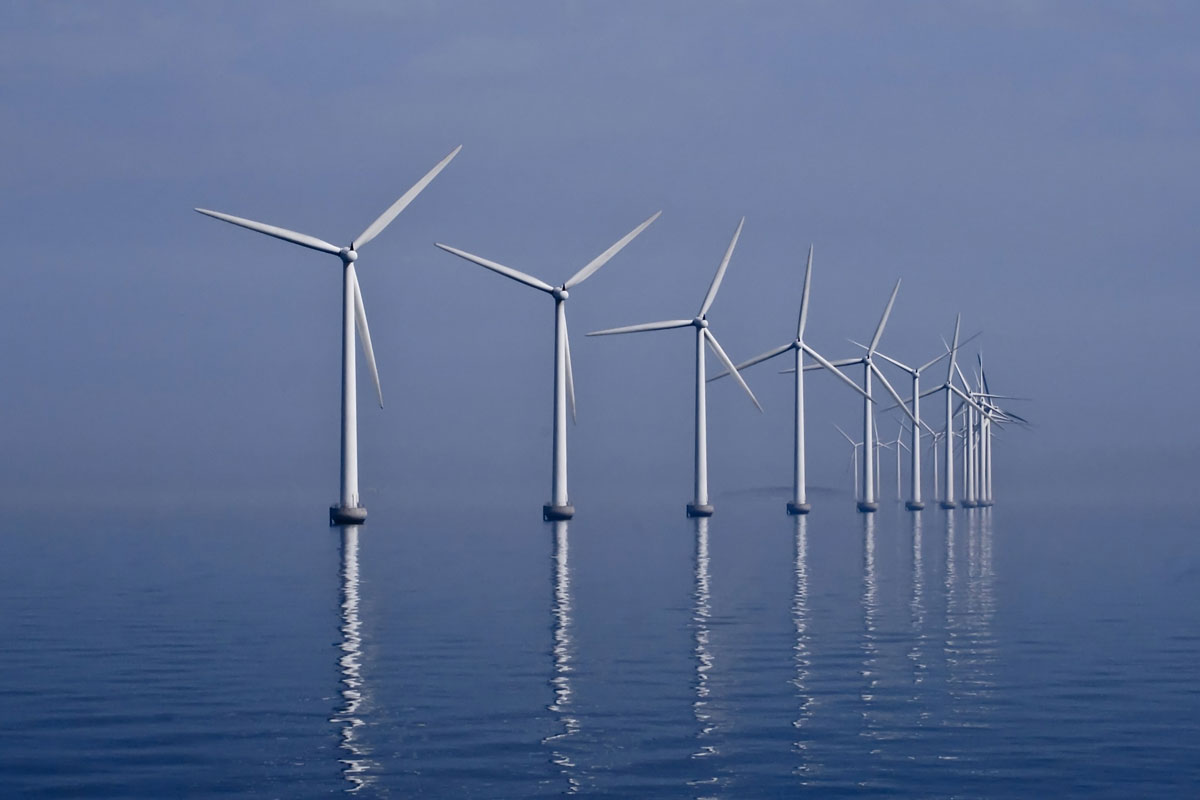 In the Lake District, there has been controversy over what actually needs to be at the forefront of protection. The cultural heritage of upland farming, or the habitats of wildlife and ever decreasing forest? This issue was raised by leading environmental journalist George Monbiot, following the Lake District being awarded UNESCO World Heritage status in 2017, to protect the culture of sheep farming. Something Monbiot criticises, as he claims in a fascinating article in The Guardian that sheep farming has actually caused a lot of destruction to the park. Monbiot and other conservationists are equally vocal on the controversial practice of swaling or burning of overgrown heathland in places like Dartmoor, an age old practice with some serious contemporary impacts.

So it is worth remembering that, when you are walking in England, you are often walking over not only stunning landscapes but also peoples homes, livelihoods, habitats for rare birds, vast open spaces which may once have been forested, all of which create debate and stress for those living there. So, as you de-stress on your walks, do be mindful of these stories and histories. Many of them are still ongoing.

What you can do
Read up on the issues of rural areas where you are walking, or chat with local people about them. Remember that, just as in many areas around the world, human interest and conservation are often in conflict and sometimes with good reason. It is rarely cut and dry, so do stay open to all sides of the argument before assuming that we all should just have a right of way.

The areas where we love to hike can get very busy during peak season, so to prevent erosion of delicate paths, and surrounding habitats, please dont be tempted to wander too far off piste. These paths have been mapped by conservation experts, and also sensitively negotiated with landowners, and they really should be stuck to. This is another great reason to go on a walking vacation outside of peak season. Not only are you avoiding the crowds in very popular spots such as Devils Dyke in the South Downs, the Thames Path around Oxford or popular Yorkshire Dales such as Ribblesdale, famous for its magnificent viaduct, but you are also easing the impact of footfall on the land. And of course, always adhere to the rules of Leave No Trace. You may think you are a super responsible hiker, but it is always good to remind yourself of good walking practice.

What you can do
Consider visiting outside school vacations and picking some lesser known areas to help reduce pressure on the most popular sites. Our walking vacations are nearly all tailor made so you can discuss this with your vacation company. Always stick to a designated path if there is one and walk in single file on narrow trails, even when wet or muddy. And if you are very keen, on your return, sign up to do a day of volunteering in a protected area, often publicised on national park websites as well as at the National Trust. 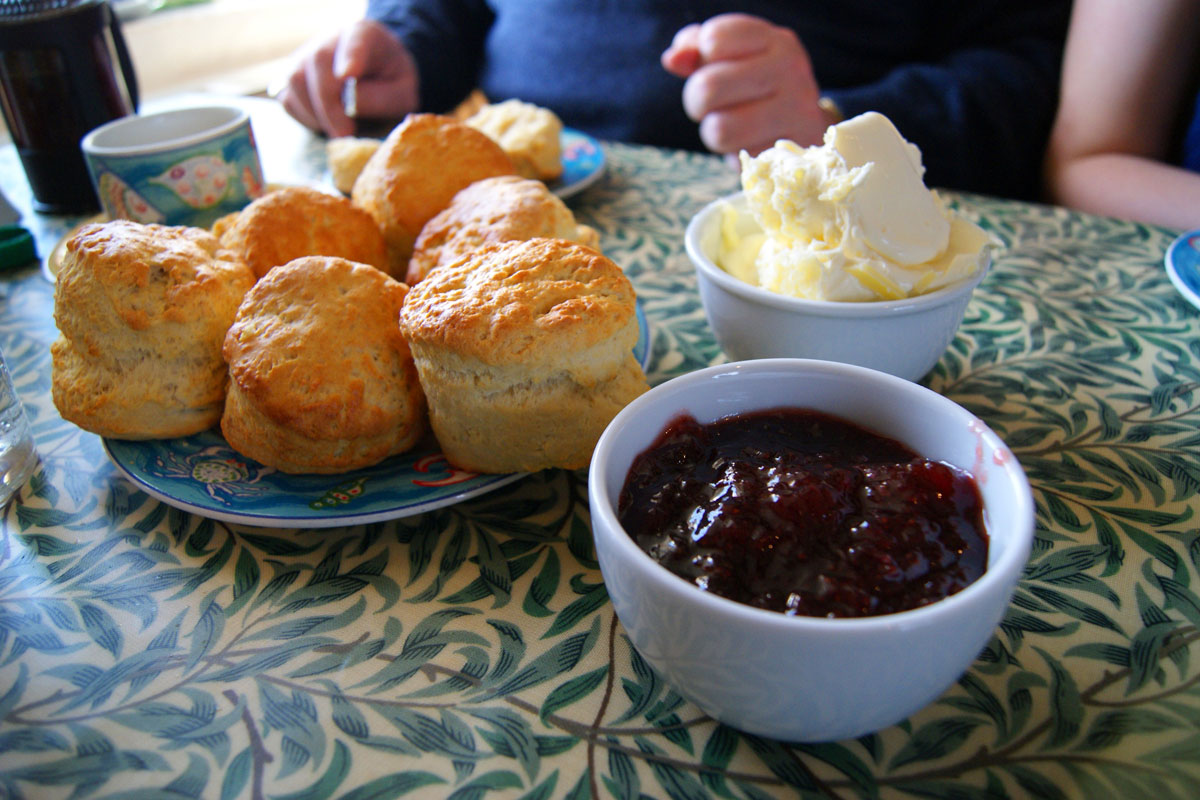 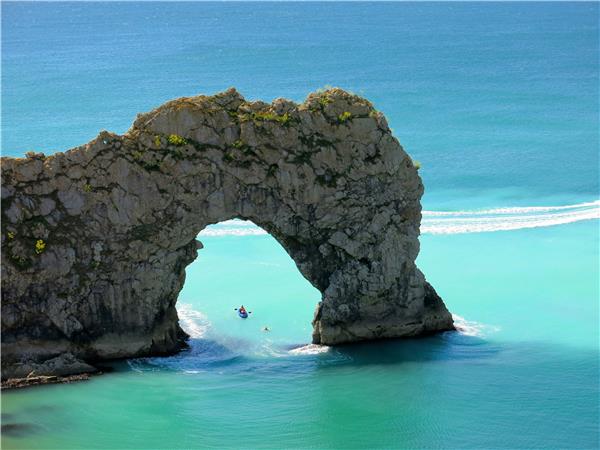 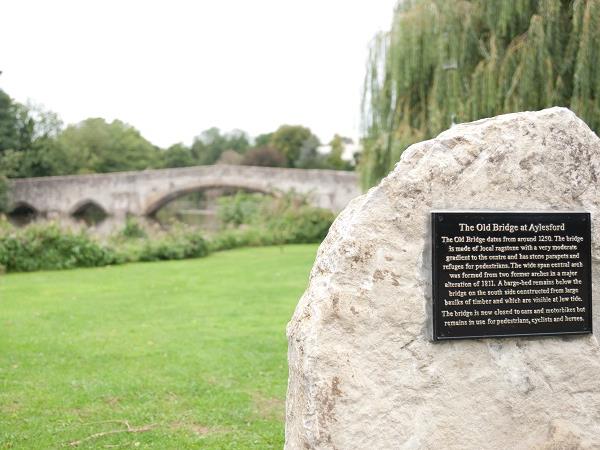 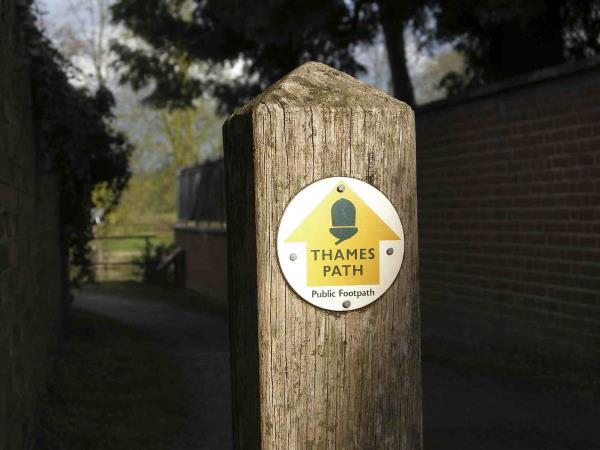 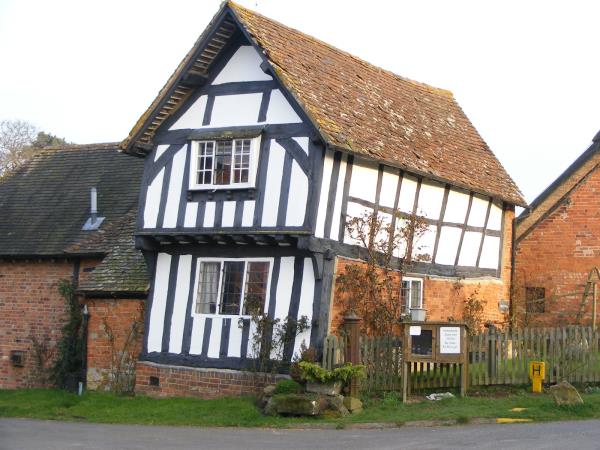 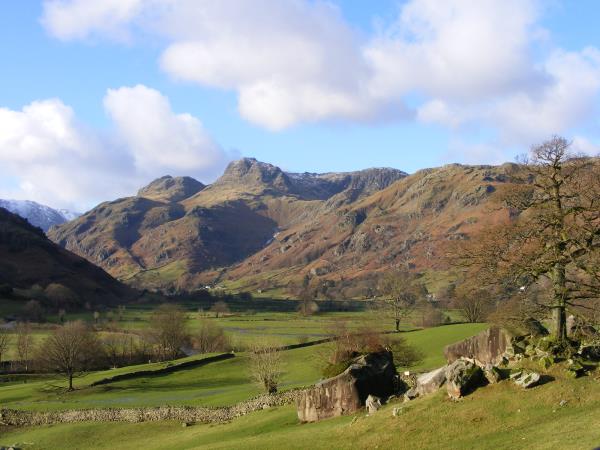 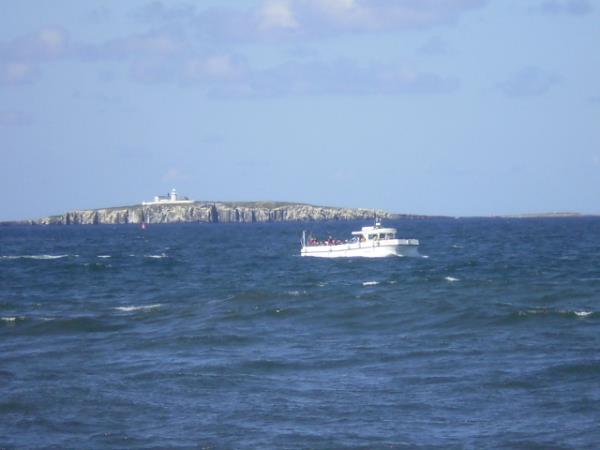 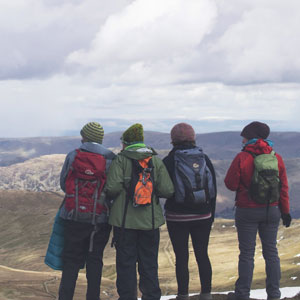 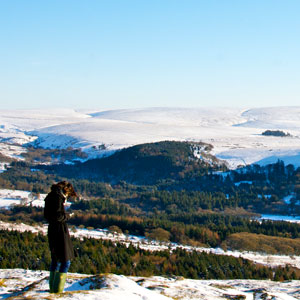 Best time to go walking in England
If you are trying to work out the best time to go on a walking vacation in England, dont always plump for the proverbial summer months, but remember that England is open all seasons. 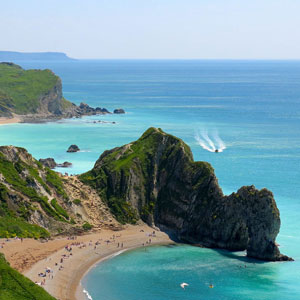 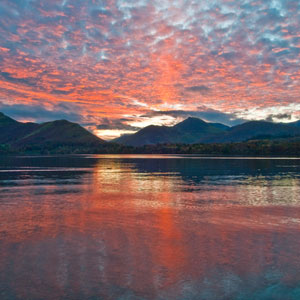 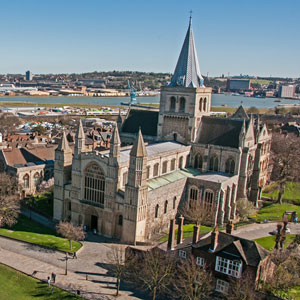 Walking The Pilgrims Way
Read about the Pilgrims Way, a centuries-old long-distance walking route between the cathedral cities of Winchester and Canterbury thats all things bright and beautiful. 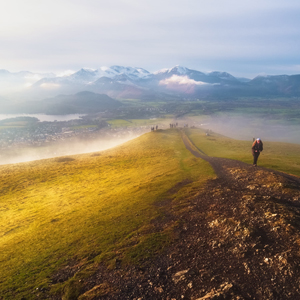 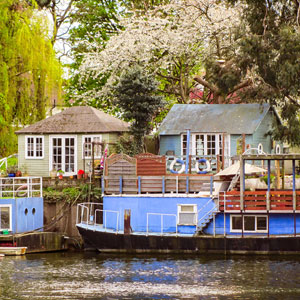 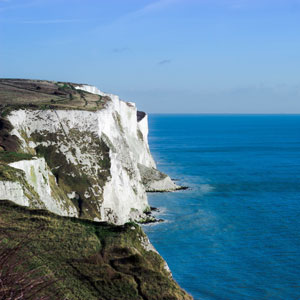 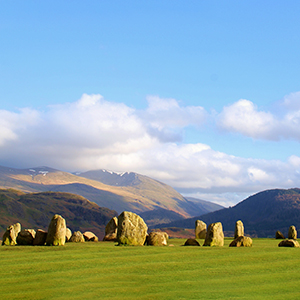 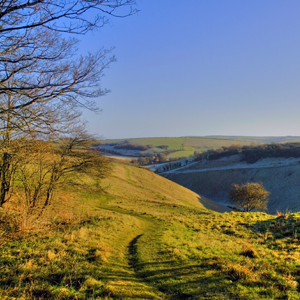 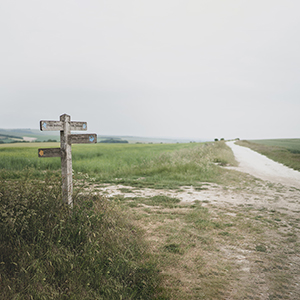 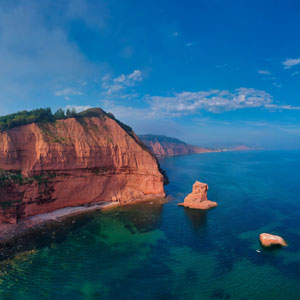 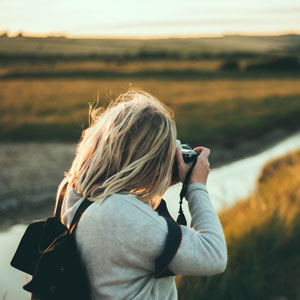