Rarely visited and widely misunderstood, the Republic of Somaliland is not yet recognised as an independent country by the rest of the world. As such, its held back by the reputation of its cousin Somalia, a place troubled by violence and unrest and a tourism no-go zone for the last two decades. Our Somaliland travel guide explains why the two places shouldnt be confused, and details the unexpected delights and highlights of this small, fledgling country.

Two things to know about Somaliland: its not Somalia and it doesnt, officially, exist. While the larger Somalia has been a hot mess of violence and terrorism for the last two decades, Somaliland has been going about its business as an ordered and lawful society, keen to be acknowledged on the world stage. The fact that the world persists in lumping it in with Somalia and wont recognise it as an independent state does nothing to hamper the spirit of its people, who are famously friendly, exuberant and keen to welcome visitors.

Since the civil war with Somalia, the Republic of Somaliland has enjoyed 20 years of de facto independence and has its own currency and government.

Tourism still barely exists here  more people travel to Antarctica each year than to Somaliland  but anyone adventurous enough to cross its borders will discover its nomadic heritage and long history of trade, its exciting modern capital Hargeisa, the ancient port of Berbera, desert communities, empty beaches, beautifully preserved rock art and a surprising amount of wildlife. Pretty impressive going for a country which isnt even a country.
See all our Somaliland Vacations 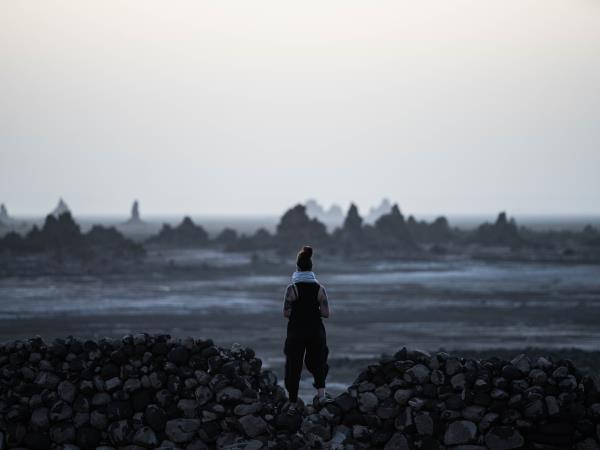 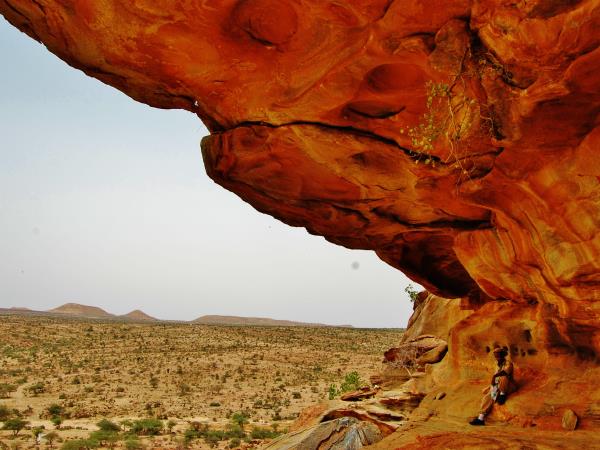 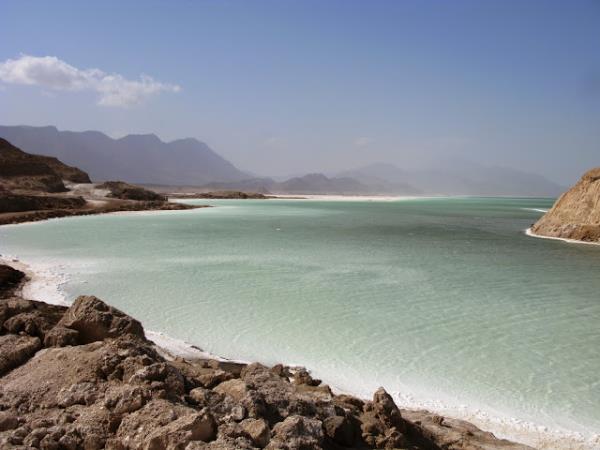 Dijbouti and Somaliland tour, the Horn of Africa 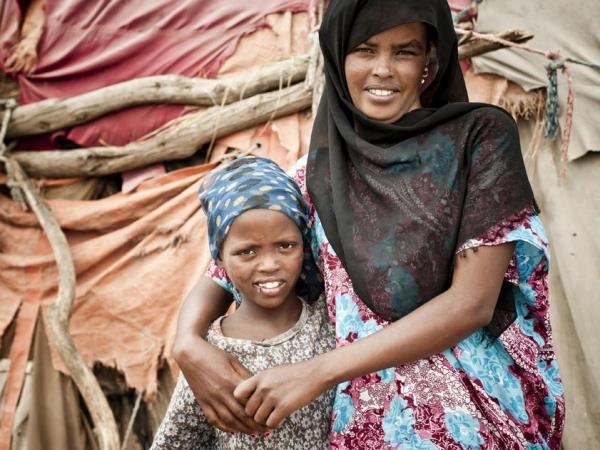 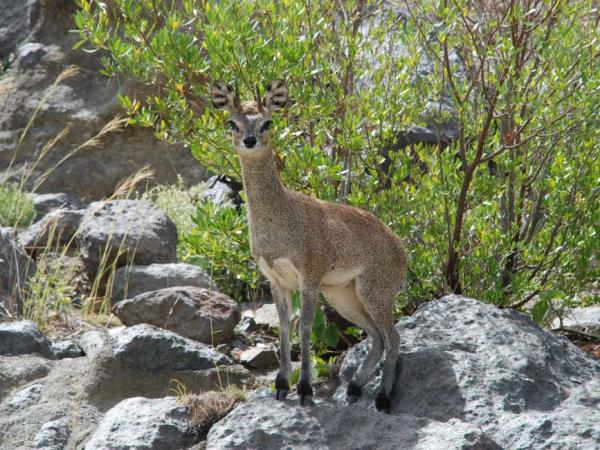 Tour of Ethiopia, Djibouti and Somaliland

A comprehensive cultural trip through the Horn of Africa. 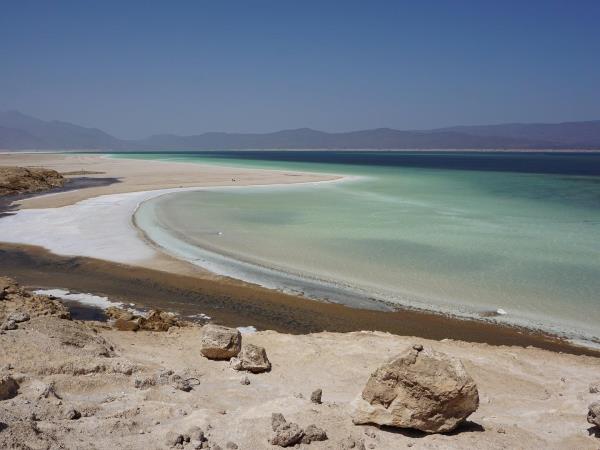 Djibouti & Somaliland, the horn of Africa

Seek out the rarest wildlife in the Horn of Africa

From £3550 12 days ex flights
See all our Somaliland Vacations

full of delights and surprises, from its exquisite rock art to its hospitable people.

Somalia. Its a self-declared independent state, not yet recognised by the rest of the world.

Theres enough to enjoy in this unofficial country for a whole week, with the capital Hargeisa a good base for excursions out to the west through Somalilands fertile agricultural region to Borama, or to the northeast, to the coast at Berbera, the rock art at Las Geel and the cool, green mountains around Sheikh. With no tourism infrastructure, youll need to join a small group or tailor made tour, with an experienced driver and a four wheel drive capable of reaching remote sites. Longer trips of two weeks that visit Ethiopia or Djibouti might also include a flight between Addis Ababa and Hargeisa.

From US $2750 10 days ex flights
Read 1 review
Tailor made:
This trip can be tailor made throughout the year to suit your requirements

See all our Somaliland Vacations
Travel Team
If you'd like to chat about Somaliland or need help finding a vacation to suit you we're very happy to help.

Coastal Berbera was one of the Somali city states that formed a lucrative trade network connecting merchants from Greece, Phoenicia, Persia and the Roman Empire. Today, its on the strategic oil route and has a deep sea port. Its old quarter, Darole, has Ottoman and British era buildings and atmospheric streets, while beachside hotels provide a base for swimming and snorkelling.
Berbera
Borama

To the west of the capital Hargeisa, Borama is an important center for education and home to the historic Amoud University, the first post civil war institution of higher learning in Somaliland, founded in 1998. To reach Borama, pass through the breadbasket of Somaliland, around the towns of Arabsiyo and Gabiley, where a huge range of crops, fruit and veg is grown.
Dhagah Khoure

Another fascinating rock art site, though not as colourful or complex as Las Geel, Dhagah Khoure lies 45km northwest of the capital, off the road to Borama. There are several painted rock shelters, with images dating back 5,000 years of cows, giraffe, sheep and humans holding bows. The eerie, striking landscape around is also worth seeing and youll pass small semi-nomadic communities on the way here.
Dhagah Khoure
Hargeisa

Somalilands capital city is home to many markets  including the gold, livestock and khat markets  where you can meet friendly traders and the moneychangers who sit on the street with huge piles of Somaliland shillings. The memorial to the victims of Somalias bombing of Hargeisa during the civil war in the 1980s is a must-see, featuring a crashed Somali air force MiG 17 fighter.
Las Geel

The caves at Las Geel are one of Africas most important rock art sites and, thanks to this region being a no-go zone for so long, remain immaculately preserved. Between 5,000 and 7,000 years old, these colourful images of cows with lyre-shaped horns and patterned mats on their necks, plus humans and dogs, depict the early days of livestock domestication and the human reverence for these animals.
Las Geel
Sheikh

The snaking Berbera to Burao road winds up into the cool Sheikh mountains, revealing a green landscape where goat herders live and offering long views of the dry plains below. In the town of Sheikh you can visit the ruins of Ferdusa, a 16th century city, or just enjoy a break from the lowland heat. The many schools here give the town a dynamic feel.
[Previous] [Next] [Close] 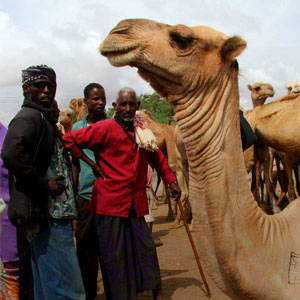 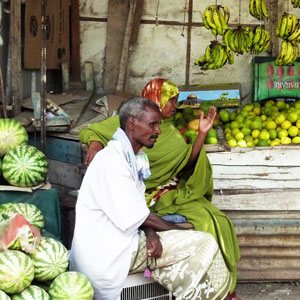 Combining Somaliland and Djibouti
If youve made it as far as Somaliland, then adding on a tour to Djibouti makes sense. 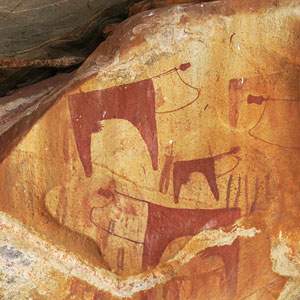