Albania is rich with history, soaring mountains and gorgeous Mediterranean coast  but many of its people remain incredibly poor. Read about responsible tourism in Albania to learn how a vacation here  when done in the right way  can create sustainable incomes, reduce migration to cities and help preserve these incredible landscapes and cultural traditions.

Albania is fast turning into one of Europe’s most fascinating new destinations. Geographically, it has a huge amount going for it: stunning Adriatic and Ionian coastlines, soaring mountain peaks and tranquil lakes. Culturally, too, it’s appealing, with UNESCO World Heritage Ottoman architecture, ancient Greek and Roman ruins, delicious Mediterranean cuisine, most of which is locally sourced, and well preserved cultural traditions.

However, Albania’s cultural and natural wealth has not yet translated into wealth for its inhabitants. As of 2019, Albania is the fourth poorest country in Europe, with an average annual income of just £3,570 per person. While capitalism has provided many new opportunities for entrepreneurs, it has also abandoned those who depended on the communist state for their livelihoods, creating greater divisions between rich and poor, old and young, rural and urban. Albania’s population is one of the youngest in Europe, but high unemployment means its impoverished children drop out of school to help bring in money for their families – perpetuating the poverty cycle.

Many actions are needed to improve future prospects for young Albanians – but we do strongly believe that responsible tourism has a role in this. Albania is culturally and geographically extraordinary – there is no shortage of people who would love to explore. And it is incredibly accessible from the rest of Europe. Well managed tourism penetrates rural areas, undeveloped regions and offers sustainable employment to marginalised communities and women without destroying cultural ties and traditions. It can prevent migration to cities, encourage children to remain in school as their parents now have an income, and promote the creation of crafts, cuisine and other cultural traditions, which are now given greater value by tourism.
Mark Huggins, from our supplier Undiscovered Destinations:
"I strongly believe that this area of the Balkans will see strong growth in tourism in the coming years and with good reason as it has so much to offer. As such there will be challenges but I believe that visits from small groups with a high regard for responsible tourism will help to envelop a more protectionist attitude to the natural environment in the region amongst local people, as they start to see the economic benefits that tourism will bring. 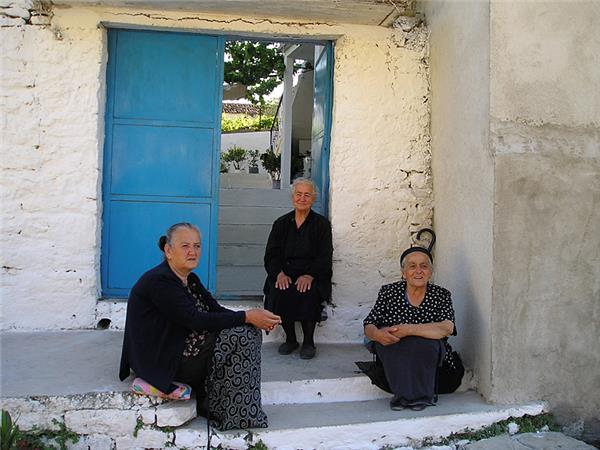 An incredible history set against a rugged landscape 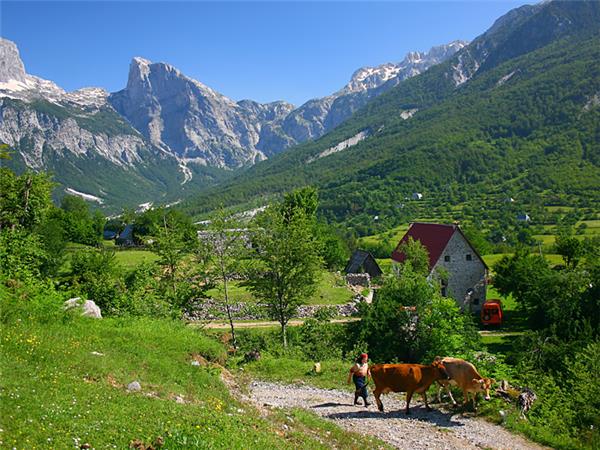 A wild and rugged landscape with historic folkore 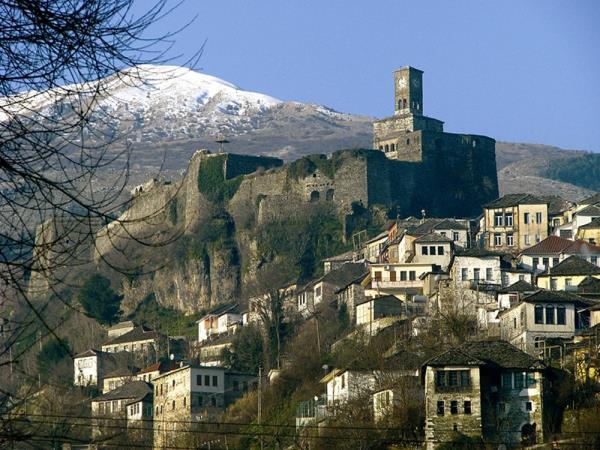 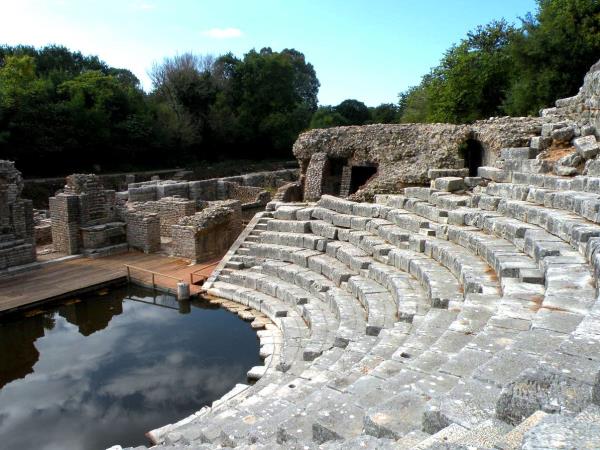 Explore the charming country of Albania. 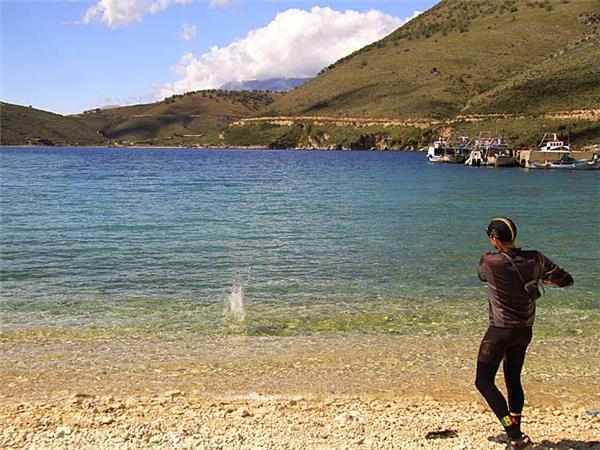 A wild and rugged corner of the Balkan Peninsula 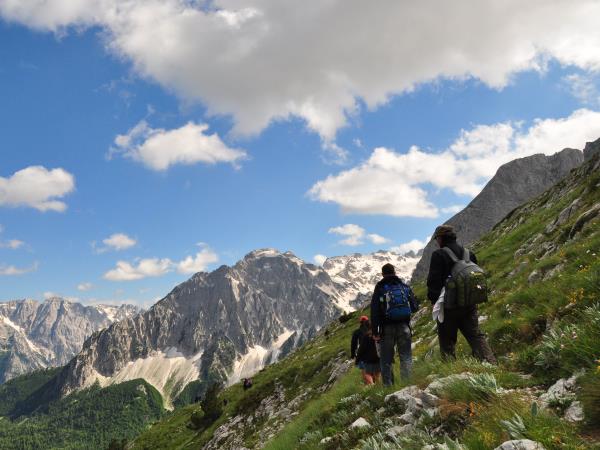 An issue which comes up again and again is that of litter. It fills Albania  local people use the sea, rivers and streets as rubbish dumps. Numerous things will have to be resolved in order to deal with this issue; adequate waste disposal and recycling facilities need to be established by the government, of course  but there also needs to be more education in communities and particularly in schools to stop people discarding waste inappropriately in the first place. This is hard to do when the local municipalities themselves dump trash freely; there are some 200,000 residents in Durres, and their rubbish is dumped in surrounding fields. The litter problem is harmful to the environment, of course  especially in the rivers, and on the beaches that the rivers flow though, which quickly become clogged. But it can also pose a threat to people.

One of the issues is that Albania was not only poor but communist  and very cut off from the outside world. It has very quickly become capitalist  with all the benefits and threats that brings, including much more consumerism, packaging  and waste. Unlike in many countries where disposal and recycling systems developed at the same speed as the consumer culture, Albania has not yet had time to catch up  culturally, or institutionally, and there are just two approved rubbish dumps in the country.
Mark Huggins, from our supplier Undiscovered Destinations:
"One thing I noticed in Albania was that in some areas there are litter problems. This in my view is not down to foreign visitors. Local people say that much more education in schools is required and also of the wider public, to ensure that waste is not left at sites of scenic and historical significance."
What you can do:
Its not the job of tourists to change local attitudes to dumping rubbish  though some travel companies working here will be involved in local initiatives  try and find out more, and ways to support them, if you can.

And of course  dont contribute to the problem. Unpackage items that you bring to Albania as much as possible  and consider packing any waste out with you, particularly plastics and items such as batteries, that cannot be safely disposed of here. Reduce your dependence on plastic bottles by either buying a large water bottle which you can then use to refill your drinking bottle or CamelBak-style bag. Alternatively, invest in a LifeStraw which safely filters water and means you can refill your bottle from taps or streams. Even better, for every LifeStraw sold, a child in a developing country receives clean, safe drinking water for an entire school year.

Despite being off limits for so many decades, and still off most tourist radars, Albania is just 2.5km from Corfu at its closest point, making it incredibly accessible. Passenger ferries pour into Sarandas port daily in peak months (its just half an hour from Corfu by hydrofoil), while Mediterranean cruise ships have also begun adding Saranda to their itineraries  aware of the pull off the forbidden for their passengers, even if they barely step beyond the port. But these visitors all have one thing in common: they all come for the day. In terms of responsible tourism, this is far from ideal. The tourist cash is concentrated into just a tiny section of the country, in just a couple of months of the year and sudden influxes of hundreds of visitors are simply not sustainable. Add to that the environmental damage created by large cruise ships, and its a recipe for disaster.

Unfortunately, independent travelers have few options. Driving in Albania is notoriously scary, and bus timetables are nonexistent in the rest of the country. Saranda is the only region with a functioning publics transport system, meaning it is easy to come in for the day, take buses to the archaeological ruins at Butrint, spend a few hours at the Blue Eye National Park or on a Riviera beach, and head back out.
What you can do
Staying for a night or two is clearly more beneficial to local businesses than simply cruising in and out, but to really make a difference to Albania  as well as being able to discover authentic culture  travelers need to think beyond Saranda. Over half of Albanias population lives in rural areas, and despite the countrys small size, its geography means that many communities are very isolated. While development is sweeping the cities and coast, for many villagers life has changed little in decades, with subsistence farming and pastoralism still the backbone of rural Albanian livelihoods.

While traveling Albania independently is incredibly hard for now, organised tours take you well away from the tourist hubs and into deeply rural areas  without you having to negotiate any of Albanias crazy logistics. They are also available all year round, which is far more beneficial to local business owners, guides and craftspeople.

Olly Pemberton, from our supplier Exodus:
During the communist era Albania was the only country in Europe that was entirely self sustained; they were shut off from the world so they were forced to be. But theyve kept that culture alive. They obviously import and export now, but when youre in the mountains you see a more traditional way of life amongst the older people; they keep themselves to themselves and they are growing their own crops and eating their own food." 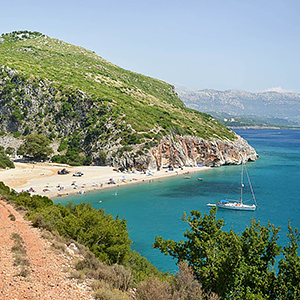 Best time to visit Albania
The best time to go to Albania is spring, early summer and early autumn, when you can avoid seasonal extremes and make the most of walking and cycling trails. 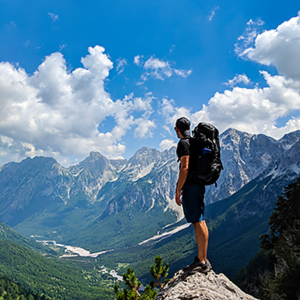 Albania travel guide
One of those countries which is tantalisingly close to home, but you'd hesitate if you had to point to it on a map - Albania's delights are slowly but surely being revealed to the outside world after decades of despotic leadership. 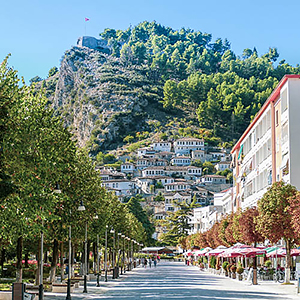 Albania map & highlights
Click on our interactive Albania map and highlights to get tips on where to go in Albania, from the sun drenched Riviera to the snow blanketed mountains. 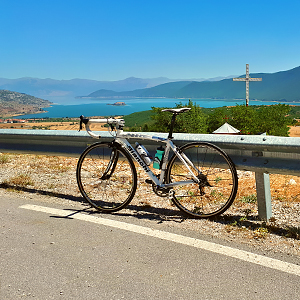 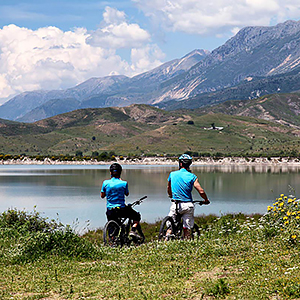 Cycling in Albania
Cycling in Albania is all about the undulations with lengthy, yet gradual, ascents into the Accursed Mountains matched by dreamy descents towards the Ionian Coast and the shores of lakes Ohrid and Prespa. 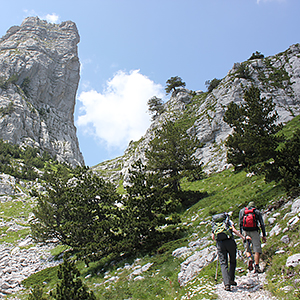 Walking in Albania
Walking vacations in Albania are all about experiencing an authentic and uncharted side to Europe that few other areas can match for wild and remote alpine trails. 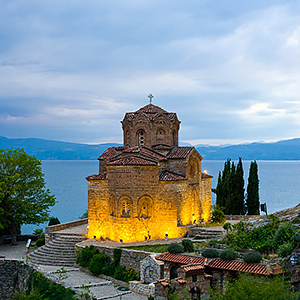 Balkan tours around Albania
Bringing out the best of the Balkans may involve crossing borders from Albania and finding out whats on the other side. 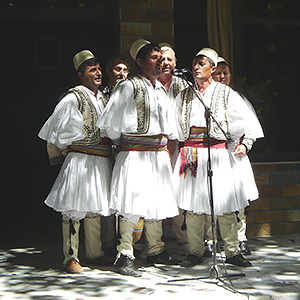 Albanias cultural heritage
Away from the bright lights and beaches of the Riviera, theres an authentic and traditional side to Albania that tourists rarely see. 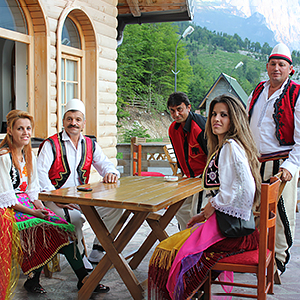