Where to go on a Scotland small ship cruise

The skipper is boss when working out where to go on a Scotland small ship cruise. They knows where their boat can safely travel during certain conditions, and they also knows all the best secret anchorages. Or even the best pubs on a remote island. From the Hebrides to the inland Highlands, canals to kyles, read more of our top tips on Scotlands cruising highlights below.

Where to go on a small ship cruise vacation in Scotland

CREAM OF THE CALEDONIAN CROP

Scotlands islands, lochs and inland canal routes are small cruise nirvana. With nearly 800 islands you wont see them all, but you can make a good start. Choose between the Outer or Inner Hebrides, the Crinan or Caledonian Canals, for some of the most remote and rejuvenating places you could hope for. Wildlife is everywhere, especially prolific sea birds. Be followed by dolphins en route to Arran, hear singing seals on the Monach Islands, see puffins on the Treshnish Isles and even whales in the Sound of Mull. And then lie back and take in the dark skies of such remote spots at night. They are the icing on this gorgeous Gallic gateau. 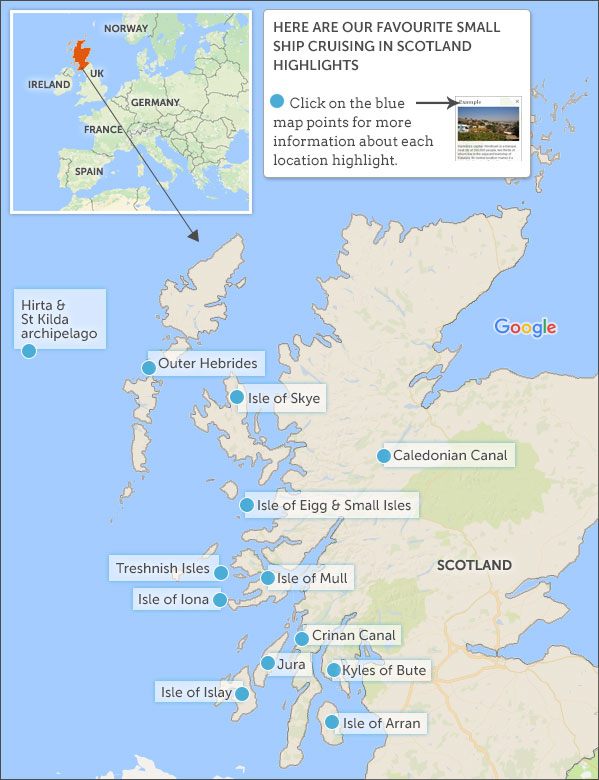 It takes about six days to cruise this marvel of Victorian engineering, which cuts straight through the glens from Corpach to Inverness and Loch Ness. With the impressive Neptunes Staircase and Fort Augustus lock systems, and exquisite lochs as well, including Lochy (really) and Oich, all linked together by one system. The great walking and cycling trails along here help you get your land legs back.

A short cut between Sound of Jura and Loch Fyne. At 14km long, it cuts through Kintyre country which is beautiful enough for Paul McCartney to have written a song about. Although the canal was in fact built to avoid the Mull of Kintyre, infamously treacherous for ships. It also links up with the Inner Hebrides, providing a sheltered (and stunning) alternative if conditions are not great for the open seas.

Westernmost of the Outer Hebrides, this archipelago consists of uninhabited Dun, Soay and Boreray islands and also Hirta, the largest and only inhabited one  albeit only with a warden and army camp. It is, however, a UNESCO site with a vast history of 2,000 years. Landing on Hirta can be tricky due to conditions, but cruising around it to see the highest sea cliffs in UK, as well as myriad seabirds, is still thrilling.

A pretty package of both highlands and lowlands this large island, at over 400km2 and a population of over 4,000, is one of the more touristy islands, and yet it doesnt take long to get off the beaten path. Especially when you arrive by boat, following a good old gusty sail across the Sound of Bute. This is where you also want to keep an eye out for dolphins, porpoises and even whales.

Wildlife lovers have known about Eigg for years, but when the small, local community bought their whole landscape in order to protect its future, it hit headlines. And, judging by the fact that they have the first completely wind, water and sun-powered electricity grid in the world, the future will continue to be green and gorgeous. Eigg is one of the group known as the Small Isles, along with Canna, Rùm and Muck.

Iona is a spiritual place for many, and is also known as the Isle of Colm Cille, after the Irish priest who first founded a monastery here in the 6th century. Many go for the abbey alone, built on the site of the original and run as a residential center with daily worship. If worshipping a god isnt your thing, youll certainly love worshipping nature. Just 2km off the coast of Mull, its like two pretty packages rolled into one.

Another one of those islands that is made even more idyllic by the fact that it produces its own malt whisky, which you will only get at a bar if you say the name properly. Which is eye-la. Dont pronounce the y. With over 3,000 residents, the pretty capital is Bowmore, home to one of only two round churches in Scotland. Port Charlotte is another gorgeous spot, and there are beaches at every turn.

The largest Inner Hebridean island connected by bridge to the mainland, accessing it by boat is by far the most beautiful way to go there. Cruise through stunners such as Loch Hourn and Loch Alsh en route to Broadford, a wonderful coastal village. Or stay away from tourist crowds and anchor at the spectacular Loch Scavaig, to name but one of many hidden gems.

This is a vibrant island from its multicoloured sea front terrace in Tobermory, to cultural heritage such as Duart Castle. There is great wildlife too, and if conditions are good, cruising around the top of the island may bring you close to whales, puffins, golden and white-tailed eagles, plus wonderful beaches such as Calgary Bay. You may also spot dolphins in the tranquil Sound of Mull between Oban and the island.

This Inner Hebridean beauty is famous for its fine malt whisky and distillery, but also for its rugged, mountainous landscape and wildlife. The main peaks are called the Paps of Jura, three cones rising as high as 785m. Jura is also well known for being the place where George Orwell finished his days, and his oeuvre Nineteen Eighty-Four. There is nothing dystopian about Jura though; it is pure Hebridean heaven.

Designated as a National Scenic Area, these kyles (Gaelic for strait), separate the Isle of Bute from the Cowal Peninsula. They become very narrow at some points, sometimes only 300m across, meaning you could almost touch the rugged peninsular hiking paths along the way. They are also gateway to two stunning lochs, Riddon and Striven, as well as the Burnt Islands, all havens for rare marine flora and fauna.

Best known for Lewis and Harris Islands, it is the remote Outer Hebridean islands that most small ship cruises head for. Such as North and South Uist both with Sites of Specific Interest, protecting rare plants and birds, including corncrakes and many sea birds. And, famously, otters. Hike to the deserted village on Barra, and marvel at Monach Islands machair dunes where grey seals thrive and dive into the clear blue sea.

Part of the Inner Hebrides, Treshnish is an archipelagic treat. Although they are now uninhabited, they have a fascinating history from the Vikings up to the Campbell Clan who left in 1824, ending permanent residency here. There are still hill forts, medieval chapels and castle ruins, and an abandoned blackhouse village on Lunga. The puffins and seal colonies are the real draw for most visitors today though.

WHERE TO GO ON A SMALL SHIP CRUISE IN SCOTLAND

Colette Dubois, co-founder of our Scotland cruise partner, St. Hilda Sea Adventures:
It is hard to choose one special place on our cruise, because in fact what makes us go north or south, west or east, is the weather. But one place where we always go once, and where I love to be, is the Kyles of Bute. It is a lovely anchorage near a small group of islands called Burnt Islands  you have the Isle of Bute on one side and the mainland on the other side and then all these beautiful islands in the middle. These islands are home to bird and seal colonies and no one is allowed to land on them, so it is magic. There are so many birds, and when you anchor, they come towards us, you feel as if you are just among the birds.
Photo credits: [Map intro: Michael Elleray] [Caledonian Canal: WyrdLight.com] [Crinan Canal: Draco2008] [Hirta & St Kilda archipelago: CaptainOates] [Isle of Arran: CaptainOates] [Isle of Eigg & Small Isles: Mick Garratt] [Isle of Iona: Graham Proud] [Isle of Islay: Fakirbakir ] [Isle of Skye: john mcsporran] [Isle of Mull: DeFacto ] [Jura: Jens Mayer] [Kyles of Bute: easylocum 2.0] [Outer Hebrides: kloniwotski] [Treshnish Isles: Theo Crazzolara] [Responsible Travel recommends: St Hilda's Sea Adventures]
Written by Catherine Mack
◄ Best time to go | Wildlife ► 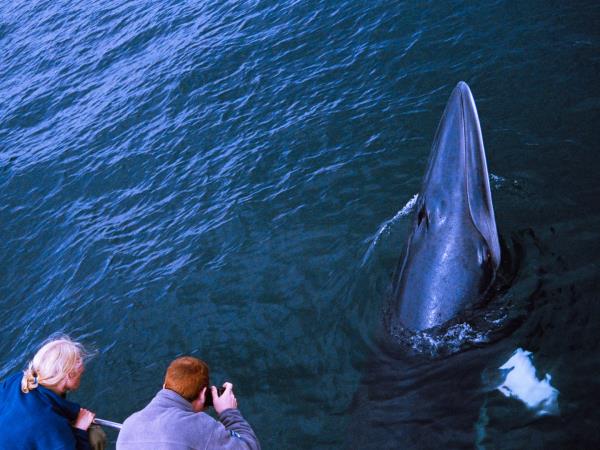 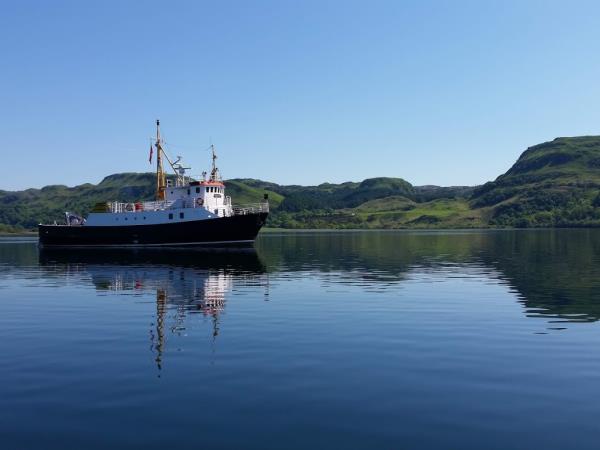 Hebrides cruise, The Sounds of Mull, Luing, Shuna and Jura

Cruise the Sounds of the Hebrides: Mull, Luing, Jura, Shuna 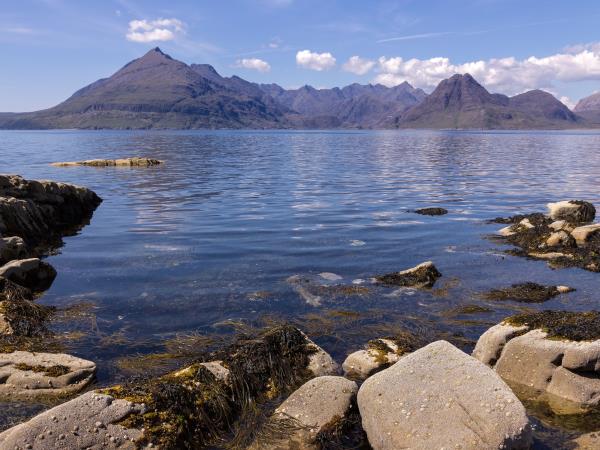 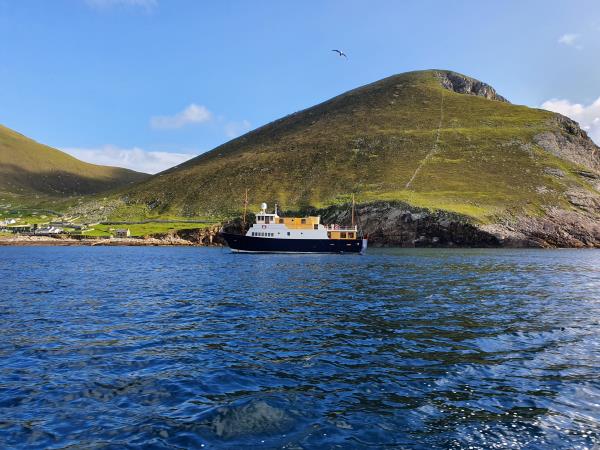 Scottish Cruise to St Kilda and the Outer Hebrides 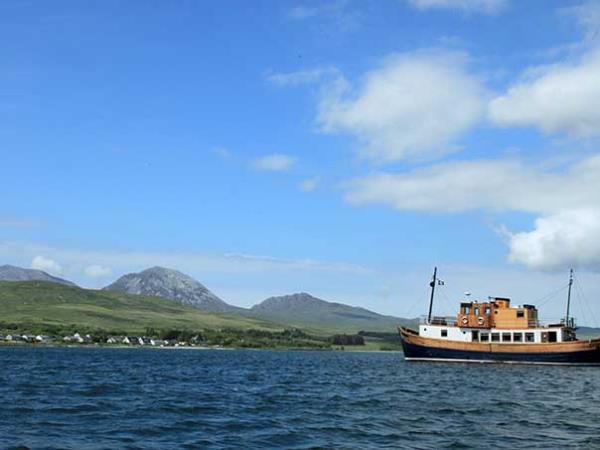 A Scottish cruise to the Islands of the inner Hebrides 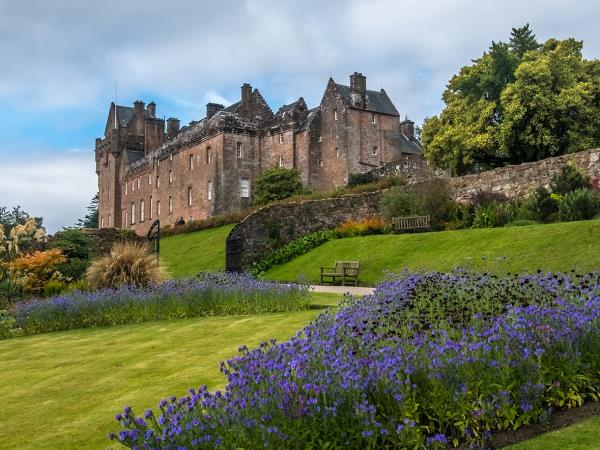 Short break cruise in Argyll on the west coast of Scotland 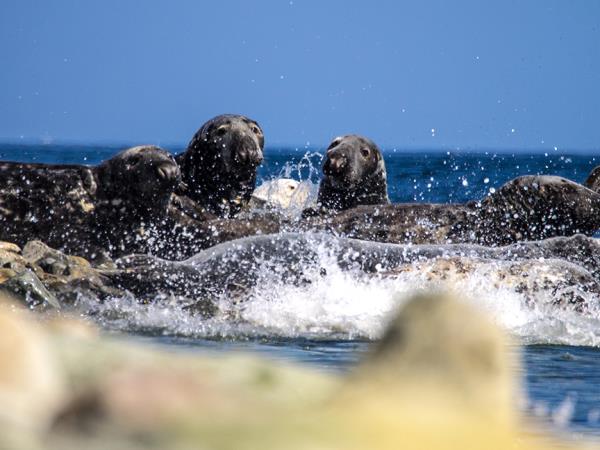 Scottish Vacation to Skye and the Small Isles | Cruise 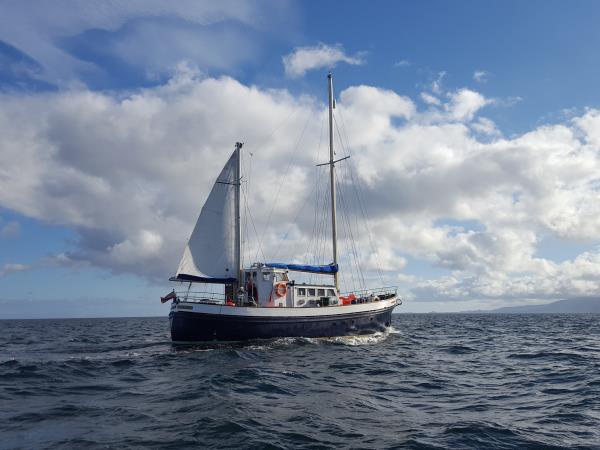 Private Charter a small ship around the Scottish Islands 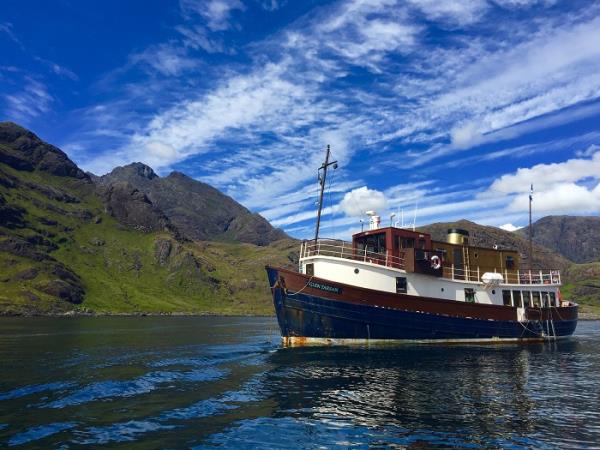 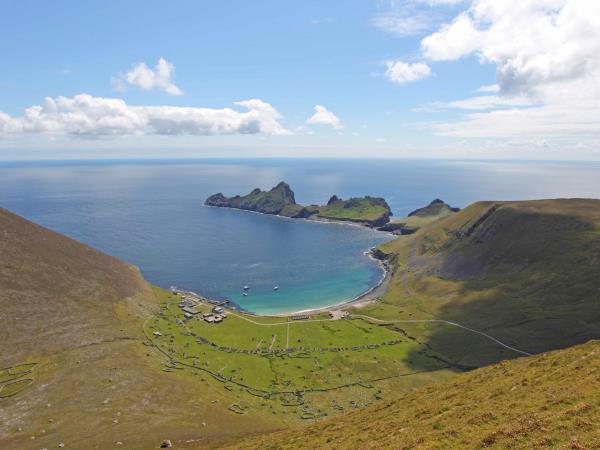 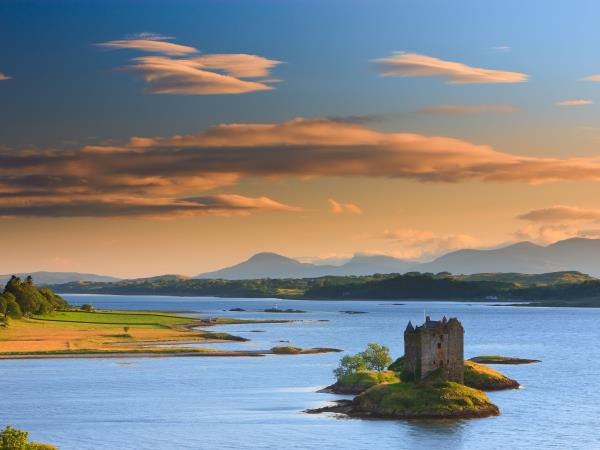 A great introduction to the breath-taking Scottish Highlands

Contact us - call or email Call us from anywhere No queues or automation Sign up to our newsletter
Photo credits: [Page banner: kris1138]
Back to the top