We are proud of the responsible vacations we offer, the wonderful vacation companies that we represent, but we are also proud of the stance we take on certain issues. We work closely with our partners and friends to take a public stance on many issues, from the welfare of animals to the mistreatment of people, such as mountain porters. Read more on our views below. And please keep reading, as our activism is proactive with new issues coming to the fore all the time.

Our stance on responsible tourism issues

As well as offering great, responsible vacations, we take a strong stance on important issues in tourism. The trips on our site all meet our policies on various issues  from the welfare of animals to the treatment of people  as well as encouraging travelers to think about these when they travel, to widen the debate and make people more aware of their own actions, as there is no point in having an ethical tour if guests act irresponsibly.

Read our opinions on various responsible tourism topics below, and click on the links for more in-depth articles on each issue.

Wildlife is often the main tourist draw in a destination  from the plains of the Serengeti to the Amazon rainforest and the icy landscapes of Antarctica. Yet despite the huge importance of the animals presence, many are at great risk  from poaching, climate change, habitat loss and capture. Read our stance on wildlife to find out more about the issues.

Travelers who include a visit to see captive animals on their vacations should be well aware of any issues before booking their trip. Many animals, including horses, huskies and camels, have been domesticated over generations; other creatures have been rescued and taken to sanctuaries, where they are rehabilitated and cared for. Still others may have been captured from the wild and/or bred in captivity for the purpose of gaining money from tourism  such as elephants, bears and big cats.
While we understand that there is a real need for genuine sanctuaries, which rescue and rehabilitate orphaned and injured animals as well as those rescued from the illegal pet trade, we are also aware that there are many tourist attractions masquerading as sanctuaries, while having no conservation value at all. We believe sanctuaries should discourage contact with humans (other than what is necessary for the animals' wellbeing), as well as releasing animals into the wild where possible - although with injured or habituated creatures, release is often not feasible. We also believe that captive breeding is only justifiable when a species has been listed as endangered or critically endangered on the IUCN Red List of Threatened Species. Read more about our stance on captive animals, and our guide to elephant trekking.

In the wild, orcas can dive to depths of 400m, and swim up to 160km in a single day. They live in family pods, spend most of their time well below the surface and are intelligent creatures - reacting to their complex natural environment. It is unnecessarily cruel to keep them in aquariums for our entertainment - shallow, chlorine water pools without plants or fish. Forcing them to perform like circus animals in front of noisy crowds adds to their distress. Read more about our stance on captive orcas, and our petition to stop the orca circus.

As people who care about the environment, we worry greatly about aviation and climate change. It's very hard for us to call ourselves a responsible business when we promote flying in planes and burning kerosene, yet we know tourism is a vital employer, and responsible tourism supports conservation and development globally.
The future we would like to see is one in which we fly with clean, electric planes. We are disappointed that, despite electric planes having been around since 1973, the aviation industry is so far behind the motor industry in terms of developing and promoting this technology.
We believe the main reason for this is insufficient investment. And we think that that the lack of investment is as a result of the very low tax levied on aviation  taxes would be a typical way to raise funds. Finally, any revenue that is raised is not then reinvested in developing electric planes; we are lobbying to change this.
Some people have suggested that the way to combat the negative effects of flying is by using carbon offset schemes. Responsible Travel believes that such schemes are a colossal red herring, and have further served to hold back investment in electric powered aviation.

Overtourism is on the increase, as tourists cluster in popular cities and around iconic sites. In urban areas, overtourism can spoil life for local people (such as in Barcelona) and raise prices on local goods and rent - resulting in residents moving away (which has happened in Venice). In rural places and around UNESCO sites, excessive tourism causes environmental damage, erodes ancient monuments and harms wildlife. The media has pointed the finger at everything from giant cruise ships and Airbnb to a lack of government planning. However, we believe that the real cause of overtourism is the collusion between governments, airlines and cruise ships keeping travel artificially cheap - with tax-exempt aviation fuel being one of the main culprits. Read our thoughts on the causes of overtourism.

As a general rule, we dont believe that boycotting entire countries is an effective means of campaigning for change. The only country we have ever boycotted is Burma  read more about this here. However, we do often get asked about our stance on boycotting countries for a wide number of reasons, from human rights to animal welfare. Read more about our stance on boycotts and tourism  and find out when we believe boycotting tourist attractions can work.

Responsible Travel believes that any responsible vacation should benefit local people by providing employment and training opportunities, showing appreciation and respect for traditional cultures and/or improving working conditions for porters. We support local business owners such as restaurant and accommodation providers, and believe that a truly ethical vacation can be as beneficial, if not more so, as volunteering in a community setting. Read more about our stance on people.

In 2013, Responsible Travel removed all orphanage volunteering trips from our site following extensive research and consultation with child protection groups and volunteer organisations. We had many concerns about the implications of sending travelers to work with vulnerable children, including the lack of background checks on volunteers putting children at risk. In addition, up to three quarters of children in Cambodias orphanages are not, in fact, orphans; the high fees paid by volunteers have made vulnerable children a commodity, with more and more orphanages opening in line with the number of tourists arriving in countries such as Cambodia and Nepal.

Read more about the issues, and our orphanage campaign, here.

Volunteering may seem like the ultimate responsible way to travel, but it really needs to be very well managed in order to be of genuine benefit to wildlife and communities. If volunteers are not well matched to a project, they risk being of no use, or worse  causing more harm than good. Additionally, volunteer work should be carried out alongside local workers to ensure their jobs are being supported  not replaced.

Read more about how to ensure your volunteering vacation is beneficial to both you and the destinations you are visiting in our guide to volunteering abroad, and learn about the issues specific to volunteer teaching placements here.

Some operators include the option to visit a local school for a day in their itineraries. Please note that we do not promote day volunteering trips and will only promote a day visit to a school which takes place during term time if there is clear benefit to the children in terms of education and resources, and where disruption to class time is kept to an absolute minimum.

We would expect that visits of this nature should not occur more frequently than once a month, especially for smaller schools with fewer separate classes. Where schools are larger with more classes, we would expect them to be visited on rotation to avoid repeat visits to any one class more than the minimum of once a month.

Tourists must be accompanied at all times by a teacher or representative of the school and we would expect any gifts to be approved by the school and tour company prior to arrival.

All inclusive vacations are the first choice for millions of tourists who want a hassle free, low-budget vacation  yet their rapid growth has huge implications for local communities, low-paid workers and the environment. Travelers who have covered all costs up front are less likely to leave the resort and spend their money in local cafes, on handmade crafts and with local guides. At Responsible Travel, we dont believe that all inclusive resorts are inherently wrong; some indeed are taking measures to become more responsible  but there is still a long way to go. Read more about our stance on all inclusive vacations.

The tourism industry has always been obsessed with presenting an image of "paradise". Beaches are empty of people; they are postcard-perfect depictions of white sand lapped with crystal clear water. The Big Five roam freely across vast savannah, without another tourist or local community in sight. This is not only disingenuous; it is dangerous. It ignores the many, very real, challenges faced by local people and landscapes, and by hiding them from tourists, it discourages tourists from engaging with these issues, and from considering their impact when they travel. While we all want to "get away from it all" once in a while, the problem is that our escape - our vision of paradise - is someone else's reality. Read more about our views on tourism's dangerous obsession with paradise.

There are many aspects of tourism which are an ethical grey area - with the need to balance the needs of local communities, create sustainable livelihoods, protect fragile habitats and conserve wildlife all competing. However, when it comes to giant cruise ships, things are certainly less nuanced: almost every impact they have is unequivocally bad. Raw sewage can be dumped at sea (cruise ships can produce up to 79,000 litres per day - this is no small issue); workers' rights are not protected, leading to horrendously long hours and pitiful pay; and the cruises often bring little financial benefit to the destinations where they dock. Instead, thousands of tourists spill into historic towns all at once - flooding them for a few hours, creating noise, crowds and chaos, spending virtually nothing - before returning to the ship. More recently, it has been discovered that the air on deck can be as filthy - if not more - as in some of the most polluted city centers, causing respiratory problems. Read more about our views on cruise ships and how we propose reforming the industry to be less damaging to people and environments. 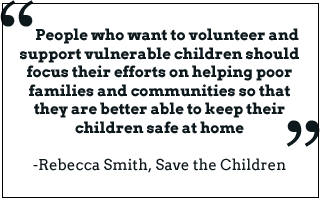 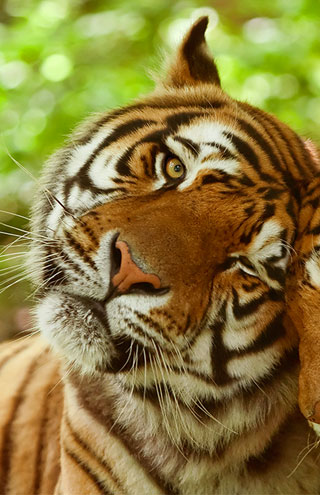 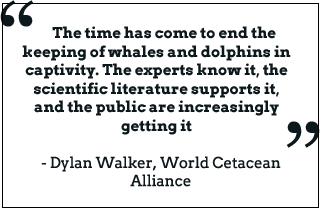 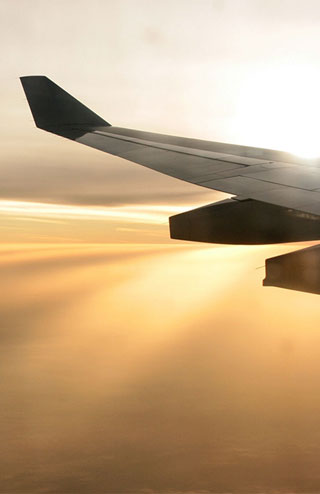 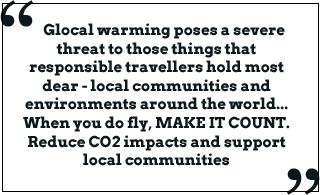 Photo credits: [Page banner: Ammit Jack]
Back to the top